“Diversity” – it’s a beautiful word that brings together the people of our world. Over the past decade, folks have been continuously empowering others by respecting and appreciating their differences: ethnicity, gender, religion, sexual orientation, age, etc. Despite our society becoming more and more accepting throughout all these years, though, encountering evil individuals hasn’t become an uncommon occurrence.

A controversial author and Canadian psychology professor, Jordan Peterson, has recently involved himself in online drama. A couple of days ago, the man took it to Twitter to retweet a New York Post article celebrating plus-size model Yumi Nu and her Sports Illustrated magazine cover reveal. Peterson decided to publicly announce that he didn’t find the woman to be attractive, which later caused a ton of backlash. 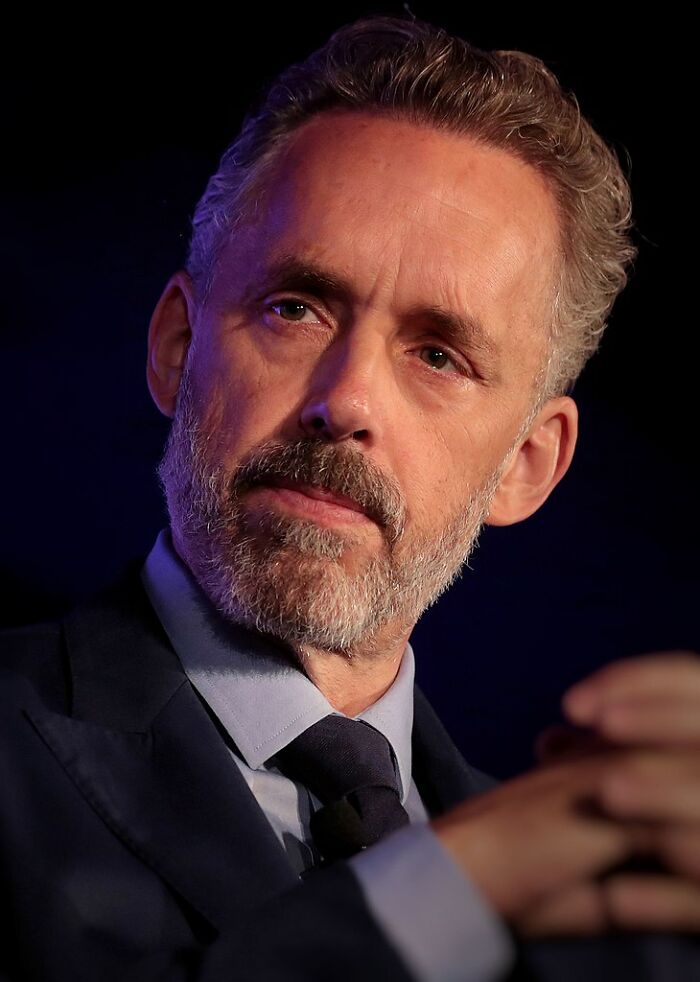 For those who are not yet familiar with Jordan Peterson and his character, the 59-year-old is a clinical psychologist, an owner of a YouTube channel that currently has over 5 million views and a best-selling author of two books: “Maps of Meaning” and “12 Rules for Life”. The long-time anti-women and anti-trans “public intellectual” is a man with a questionable outlook on life, though it doesn’t stop some folks from supporting him. 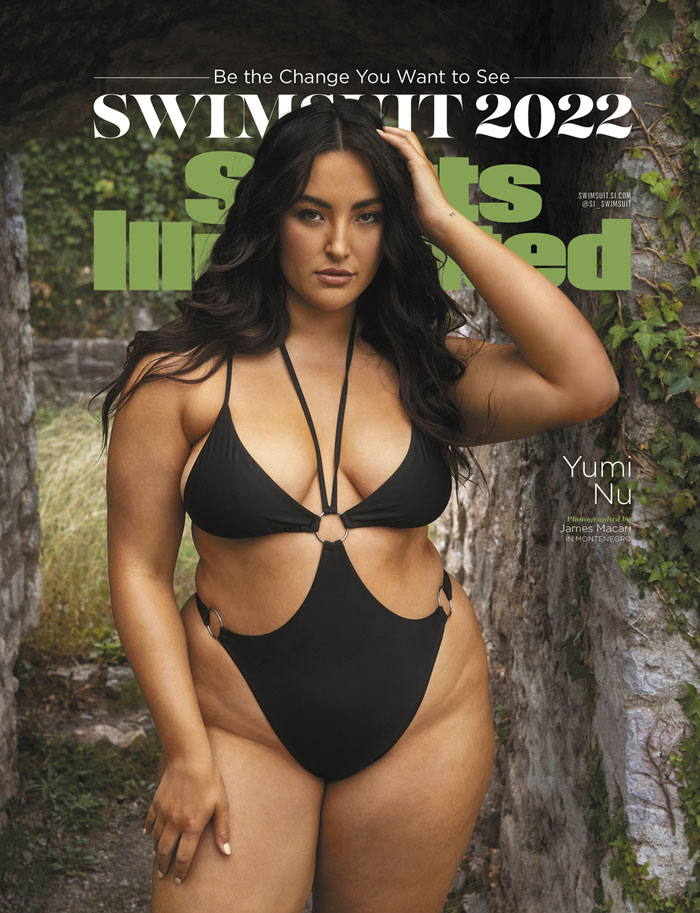 Yumi Nu, on the other hand, is a Japanese-Dutch curve model and a recording artist. The woman became the first plus-size model of Asian descent to appear in the Sports Illustrated Swimsuit issue in 2022, and, fun fact, is actually a niece of the world-renowned DJ Steve Aoki. Yumi has been a model for over a decade and besides the recent SI debut, she has also appeared on Teen, Japanese and American Vogue Covers.

Yumi Nu clapped back at Jordan Peterson and his unsolicited opinion

The guy’s remark concerning the model’s physique has sparked a strong reaction from fellow Twitter users. Surprisingly enough, his post was liked by 58K like-minded people, which truly makes you wonder whether society will ever comprehend that commenting on other people’s bodies is a little foolish, to say the least. However, the model was quick to clap back and her tiny but very straightforward sentence put a bunch of ill-mannered people back in their place. 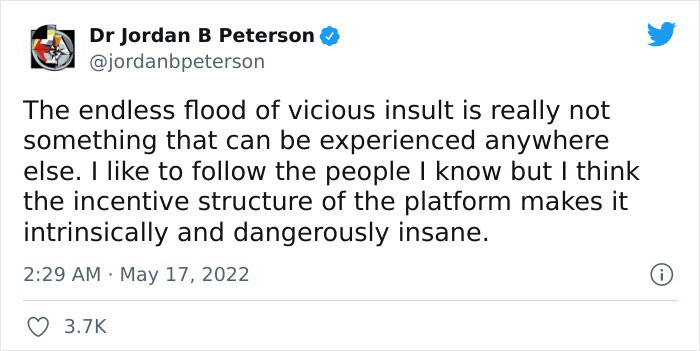 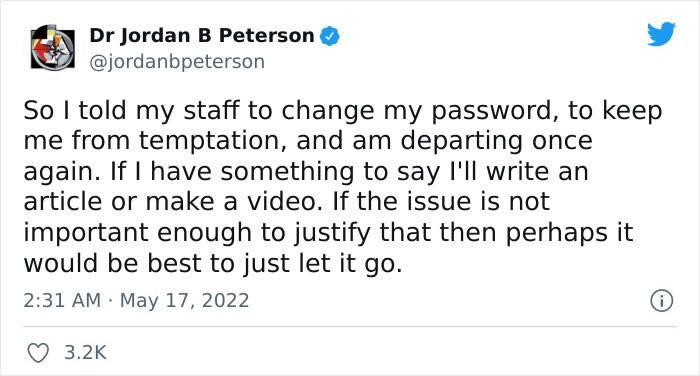 Not long after Mr. Peterson decided to make his unsolicited opinion public, he announced that he was departing from Twitter. The author revealed that the “endless flood of vicious insults” that he’s been getting made him seek help from his staff members who were then ordered to change the account’s password, to supposedly keep him away from the temptation. 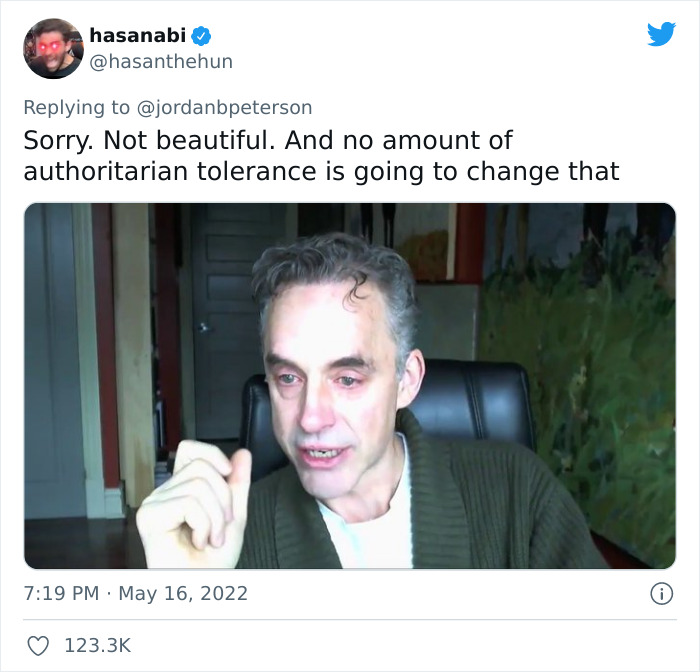 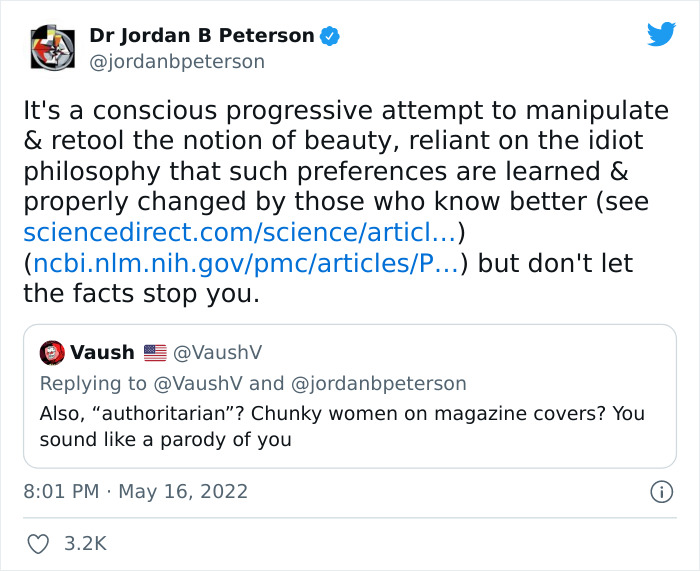 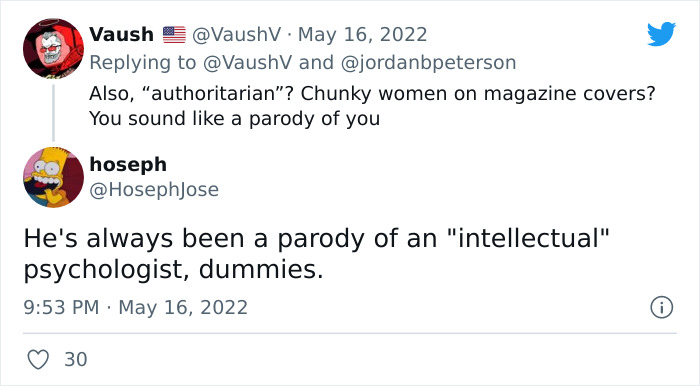 Before Jordan Peterson let his followers know that he was leaving the platform, he did try to “educate” those who questioned his morality. A Twitter user replied to the man’s written outburst by saying: “also, ‘authoritarian?’ Chunky women on magazine covers? You sound like a parody of you”. Peterson then attached a few studies and said that “it’s a conscious progressive attempt to manipulate and retool the notion of beauty”. 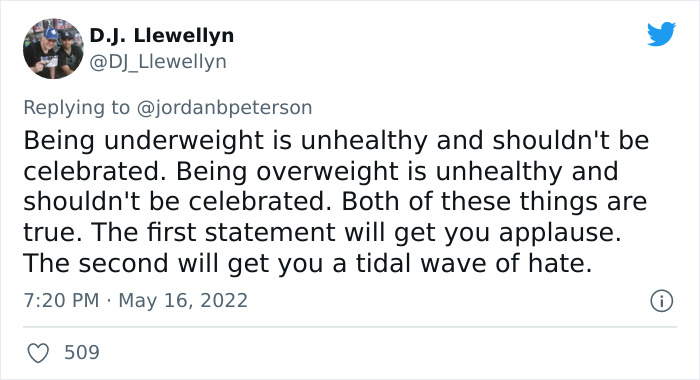 There was a fair share of “health” advocates who also seemed to have a problem with the model’s appearance. Some even dared to say that all the comments praising the woman for her beauty “don’t make her more attractive to men”. Where does all this audacity come from? 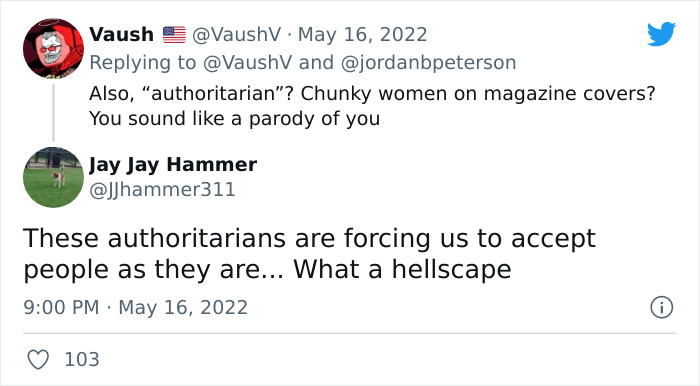 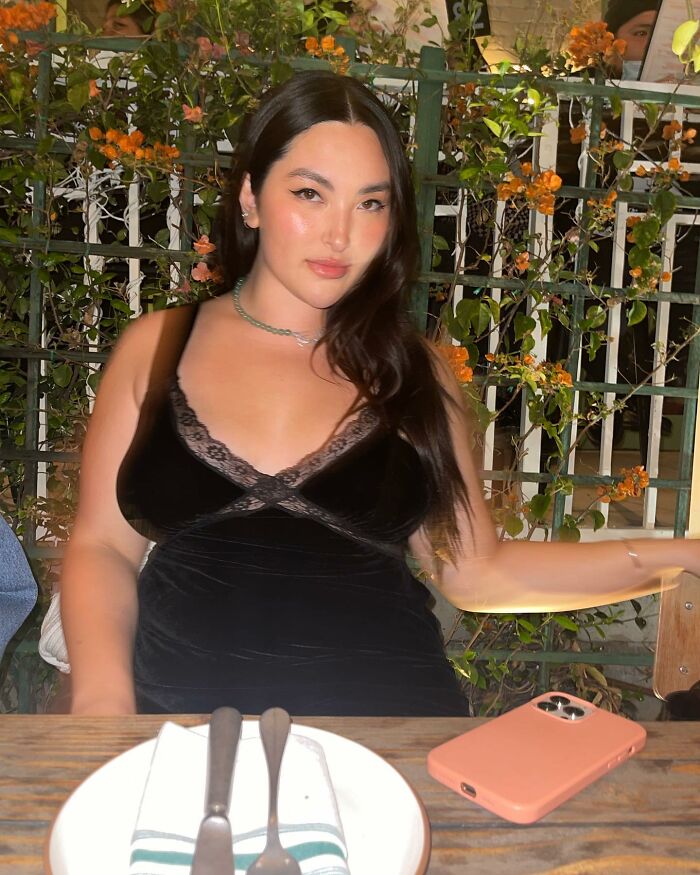 The web is a scary place, and you often find other people in your business no matter what you do. Though it’s amazing that our world is yearning to bring everyone together and that most of us are happy to celebrate each other whether we’re all different or not – folks with Jordan Peterson’s mindset will exist forever, and our job is to focus on ourselves and our well-being only.

However, the majority of netizens were flabbergasted with Peterson’s audacity 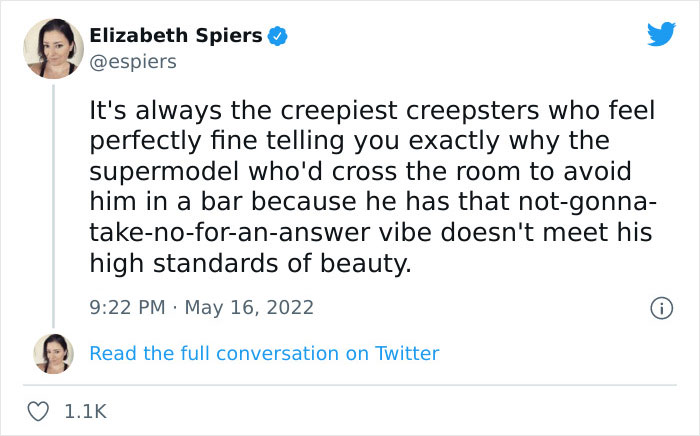 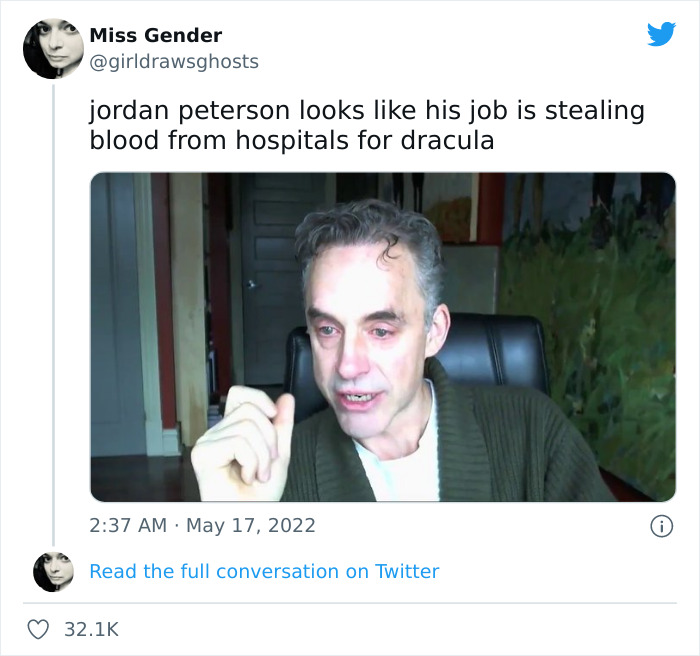 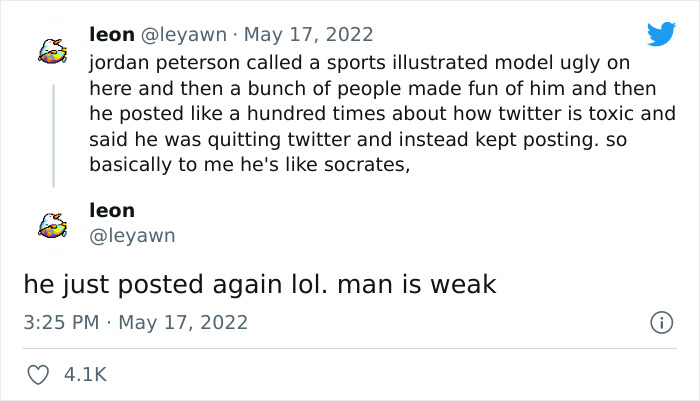 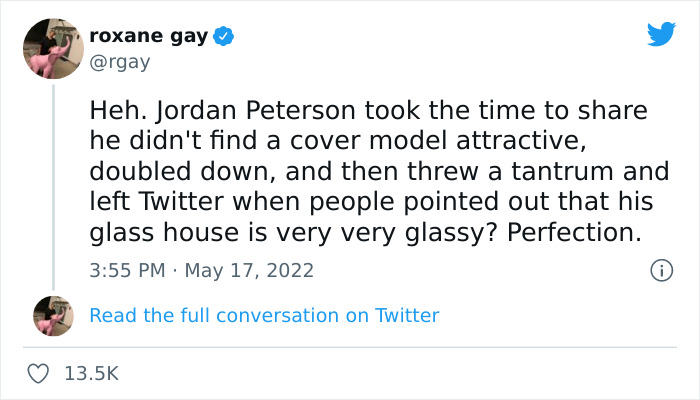 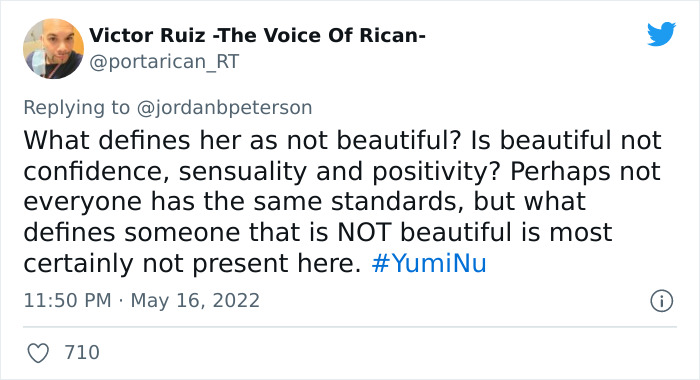