I’ve been a hater of plastic for years. Part of that is guilt, because as an industrial designer I spent over a decade working on short-lived plastic objects. After seeing images of plastic-choked sea creatures on the news, I glumly realized that some of the stuff floating in the Pacific Garbage Patch features radii and fillets that I created on my work computer. I may not have killed any aquatic life myself, but my fingerprints were on the gun.

Living in the city, I tried to avoid plastic as much as possible by opting for things made of wood or metal. But once I moved to a farm, I found plastic unavoidable.

Why? Because plastic is super useful, I’d say indispensable, on a farm. I’ve learned that plastic isn’t the enemy–single-use plastic is the enemy. Plastic designed for daily use and durability is a godsend. It doesn’t rust. It can be scrubbed clean. It’s translucent, in liquid-storing applications where you need to see how much is left. Designed properly, it’s both strong and tough. 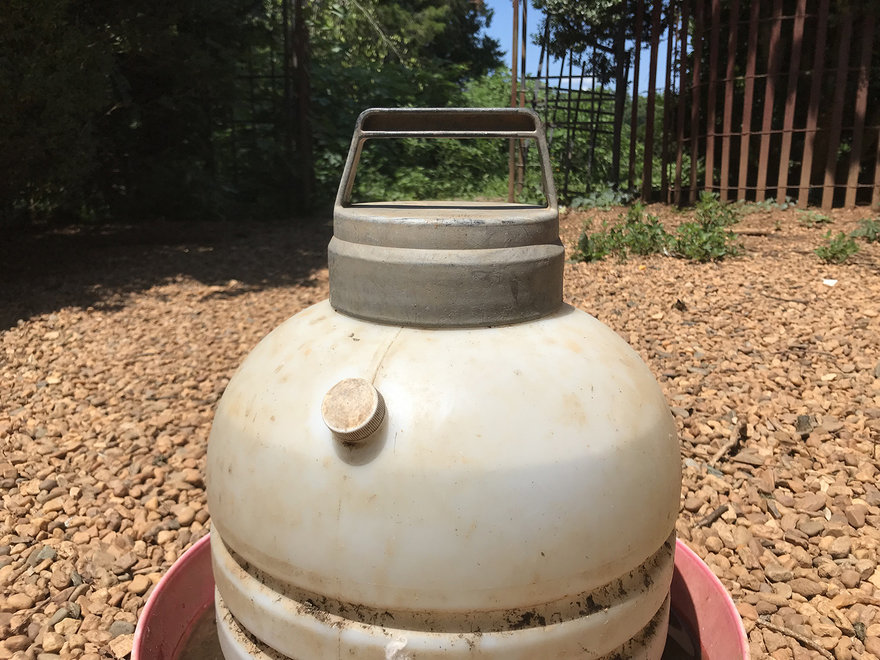 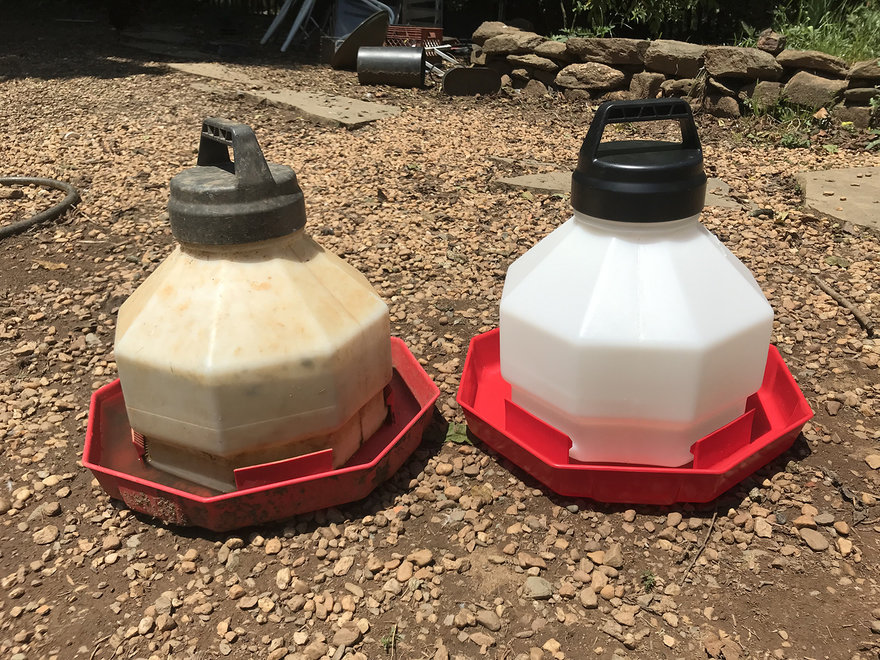 Most importantly of all, plastic is a lot easier to work with than metal in some applications, like the most recent one in which plastic was my savior.

My wife and I live on a bird farm. We have roughly 200 free-range birds. 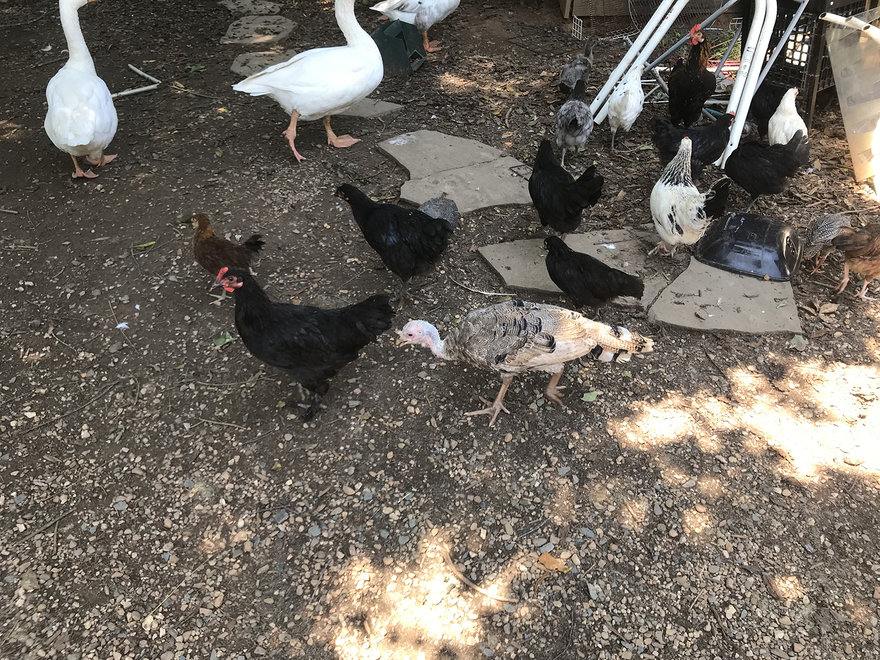 These are my two dogs, the main problem in this entry: 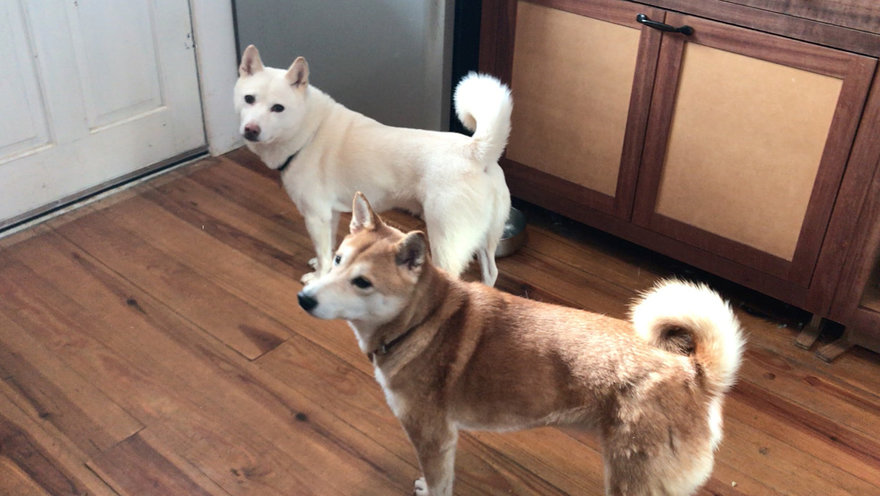 They’re Shibas, a breed that’s misregarded as cute and harmless because of internet memes; in fact they’re natural-born killers, one of the breeds genetically the closest to wolves. Given the chance, they will attack and eat small animals. I watched Betsy pin a bird down with her front paws, then use her teeth to pull the poor thing’s head off, like she was trying to stretch out a sock.

For that reason I keep the dogs enclosed within a massive dog run composed of 300 linear feet of five-foot-tall welded wire fence, supported by concrete-anchored pressure-treated 4x4s dug below the frost line. The raw materials alone cost about a thousand bucks. 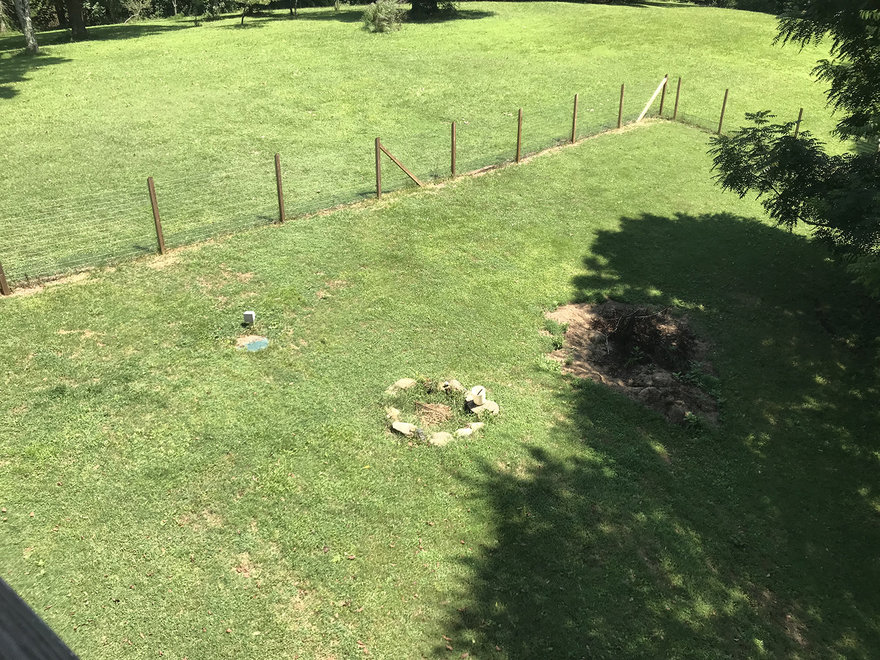 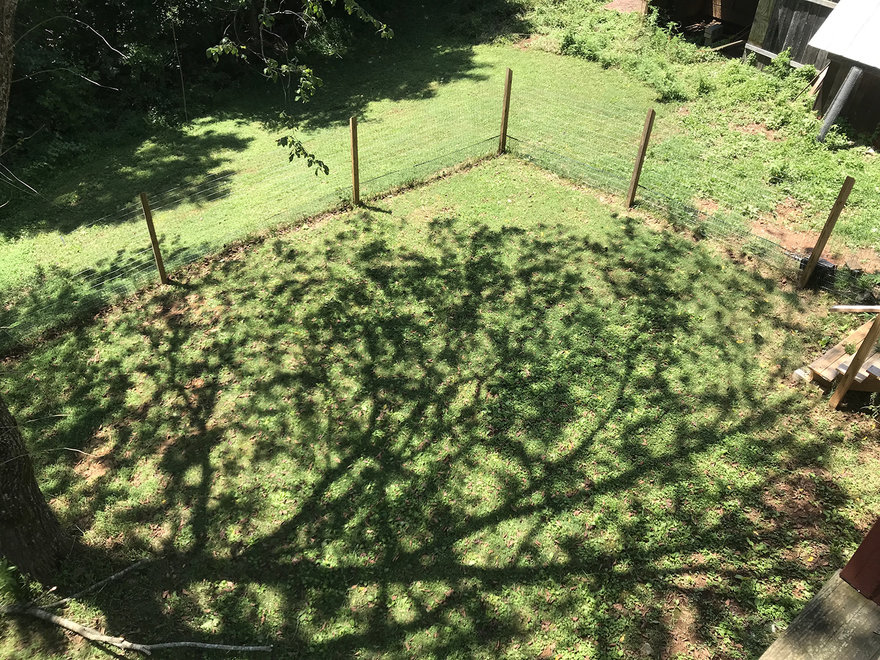 Chickens cannot fit through the welded wire of the fence, which exponentially increases their lifespan. 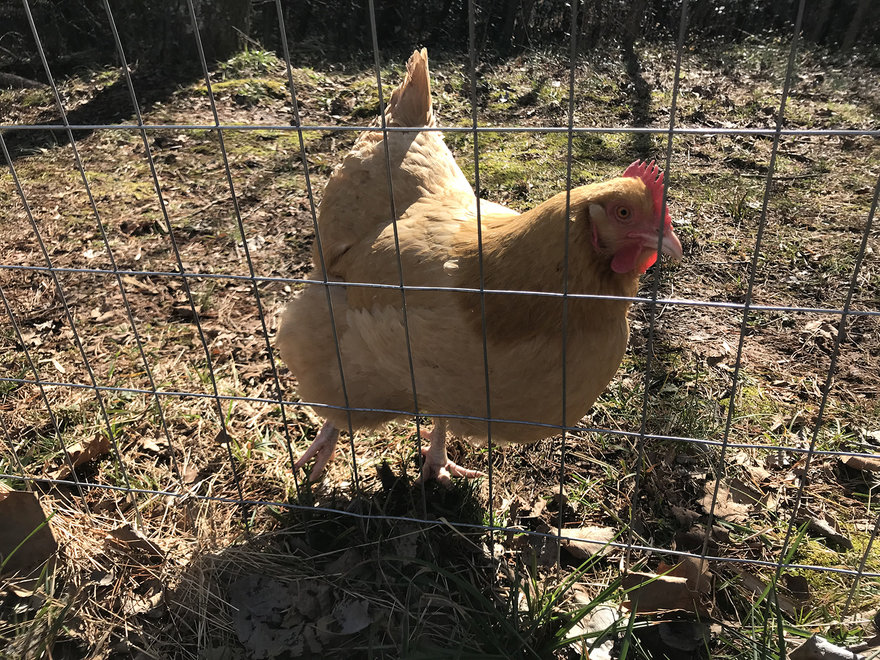 However, here is a guinea fowl chick recently born on our farm. 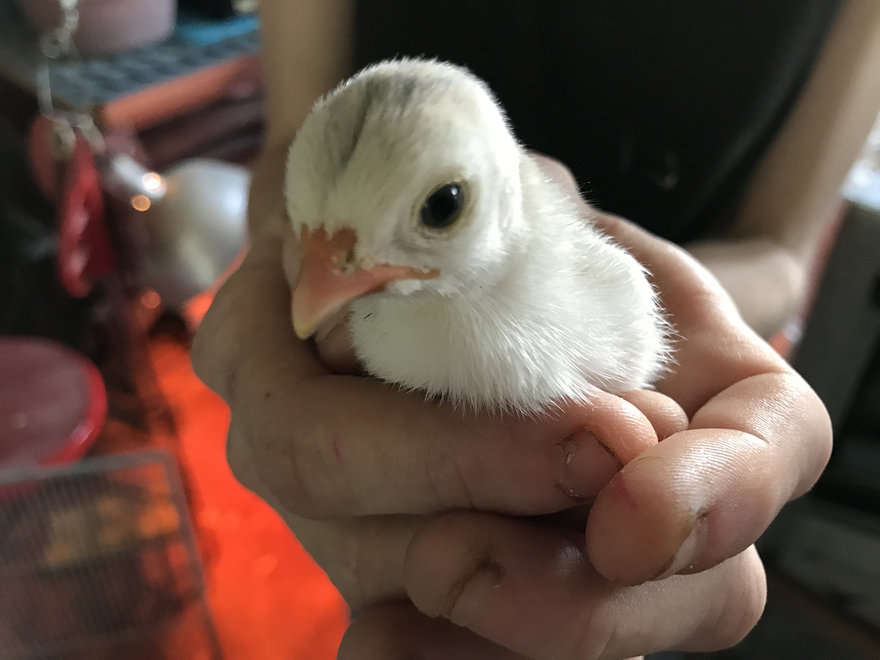 They’re tiny. And unfortunately, I recently learned, they have no problem squeezing right through the 2″x3″ welded wire fence holes to the dog run. 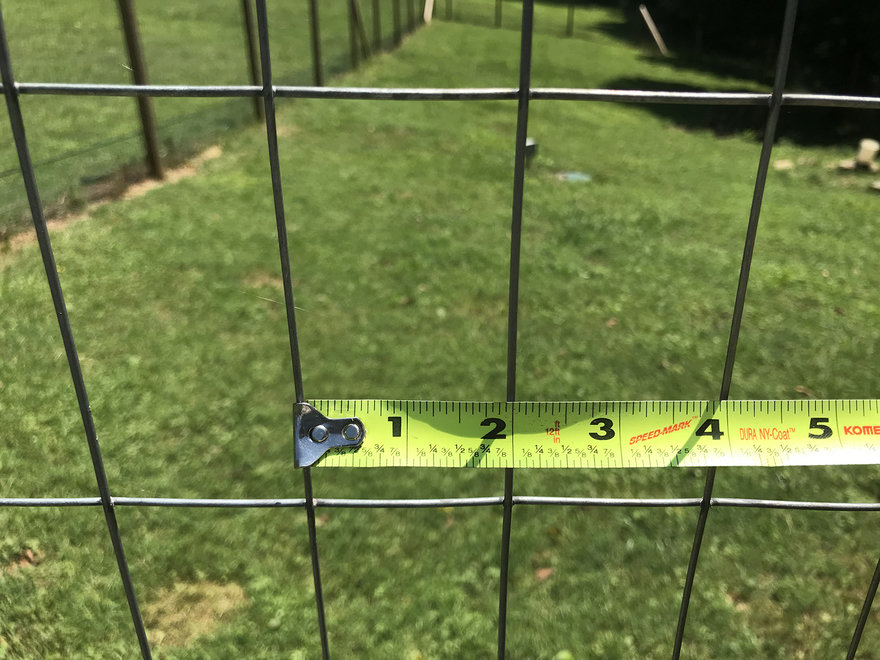 Recently just one guinea fowl hatched 17 chicks, and I had a real problem keeping the little maniacs out of the dog run. This was during that week where it was 110 degrees. I needed to patch all 300 feet of the fence, and fast, because spending long stretches in that heat doesn’t go well with my constitution.

The obvious answer would be chicken wire, as its tiny hexagonal apertures are too small for chicks to get through. 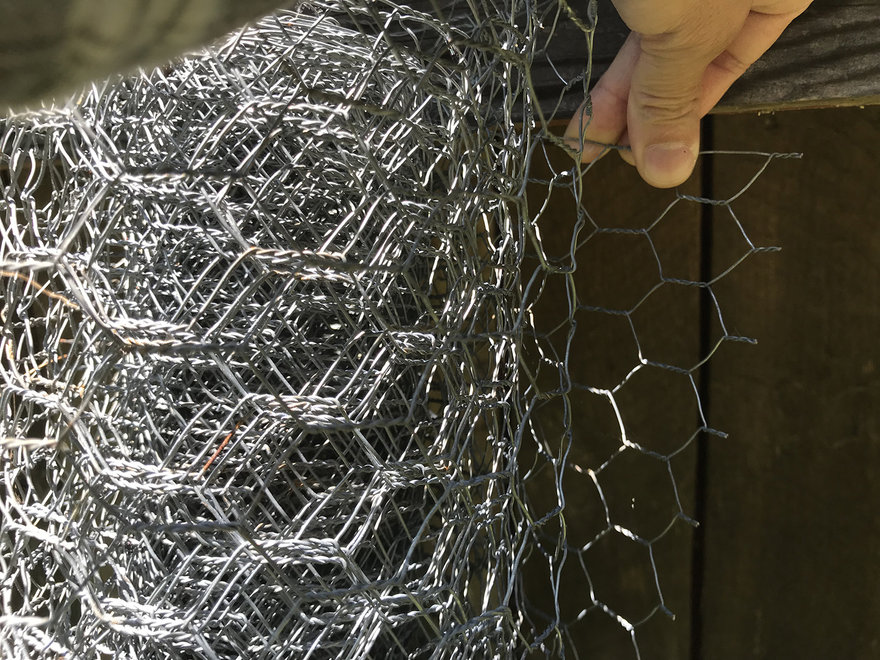 Have you ever worked with chicken wire? It’s an incredible pain in the ass. It arrives in tightly-wound rolls and has the memory of an elephant, stubbornly refusing straightening. The exposed wire edges are razor-sharp, and trying to manipulate the material into place is like fighting a gang of needle-wielding octopuses. It comes wrapped in fine metal wire, which most farmers save and use to weave sections together one hexagon at a time, an incredibly time-consuming process. 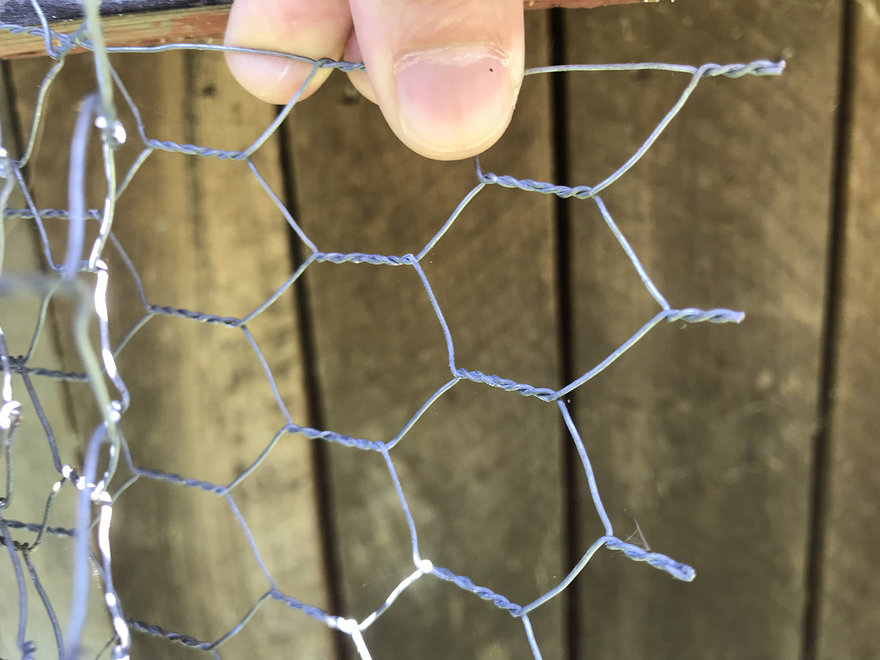 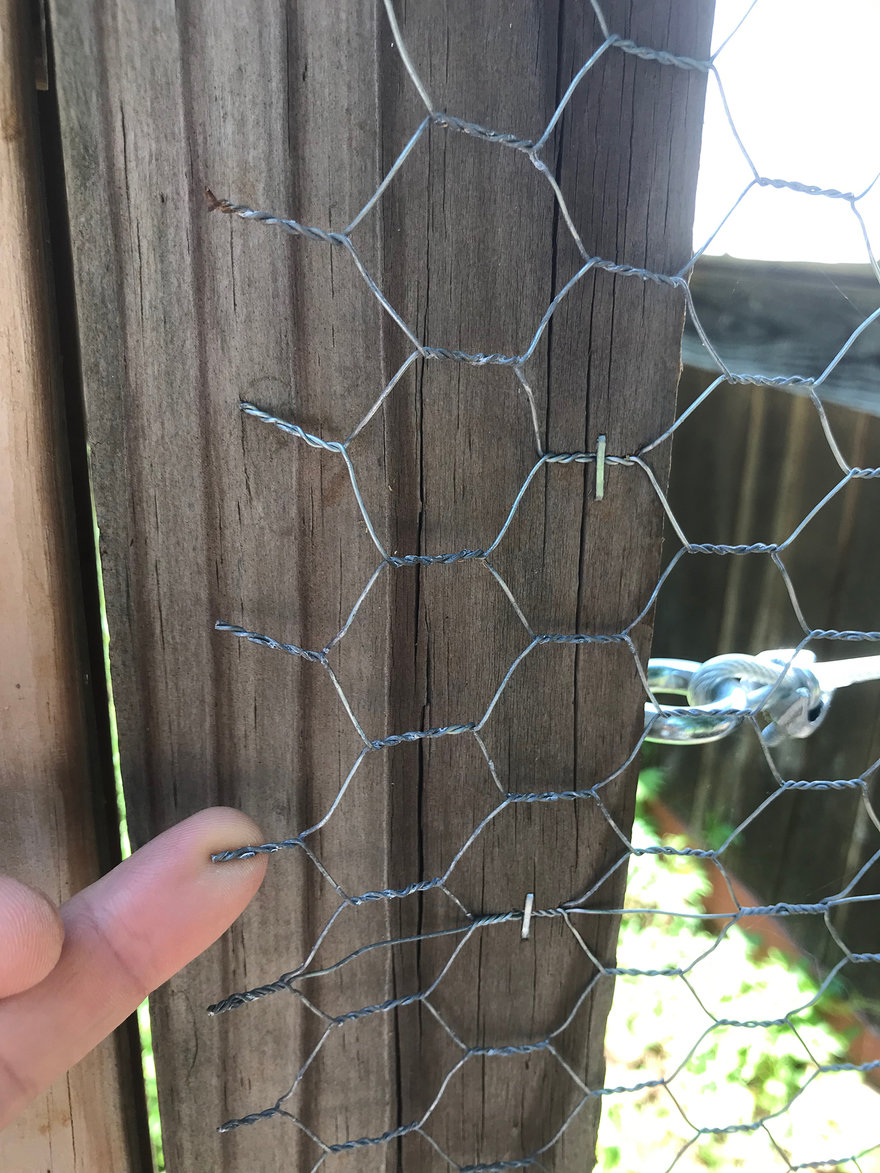 Plastic to the rescue.

This is extruded poultry fencing: 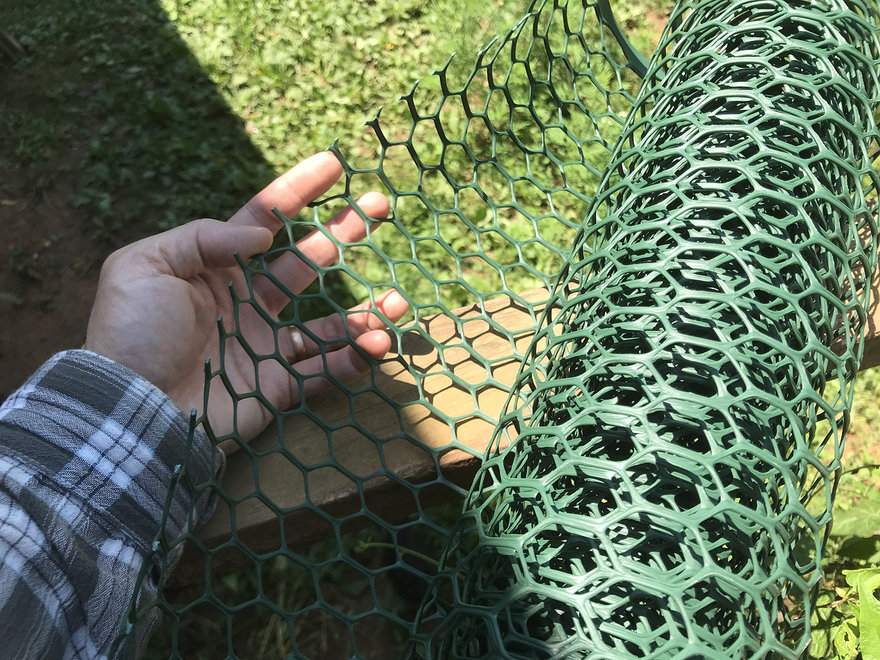 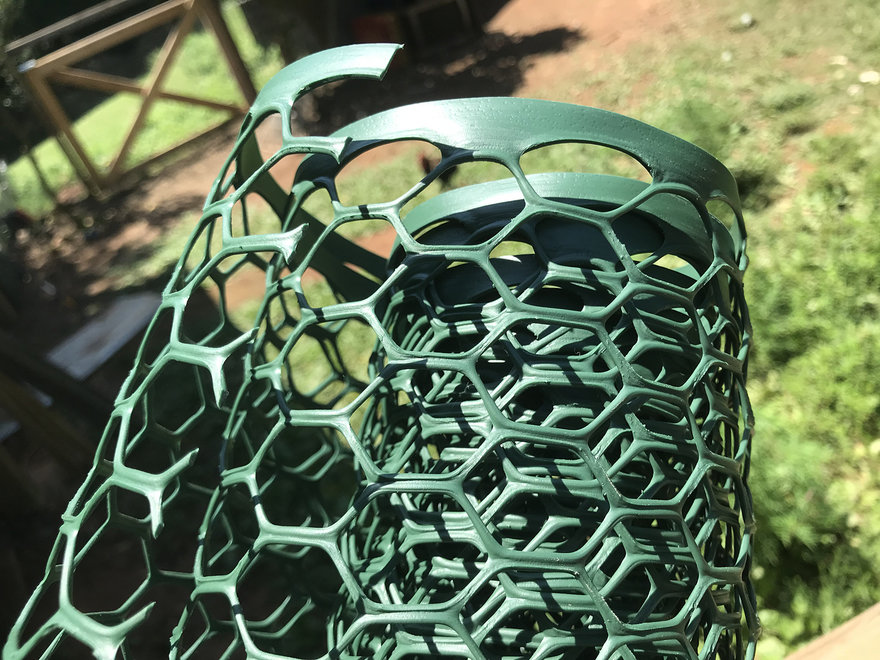 Same idea as chicken wire, but it’s plastic. A 25-foot-long, 3-feet-tall roll can be cut in half, with the ease of cutting paper with scissors, and now you’ve got 50 feet. It’s pliable, reasonably obedient, and the exposed edges aren’t sharp enough to cut you. 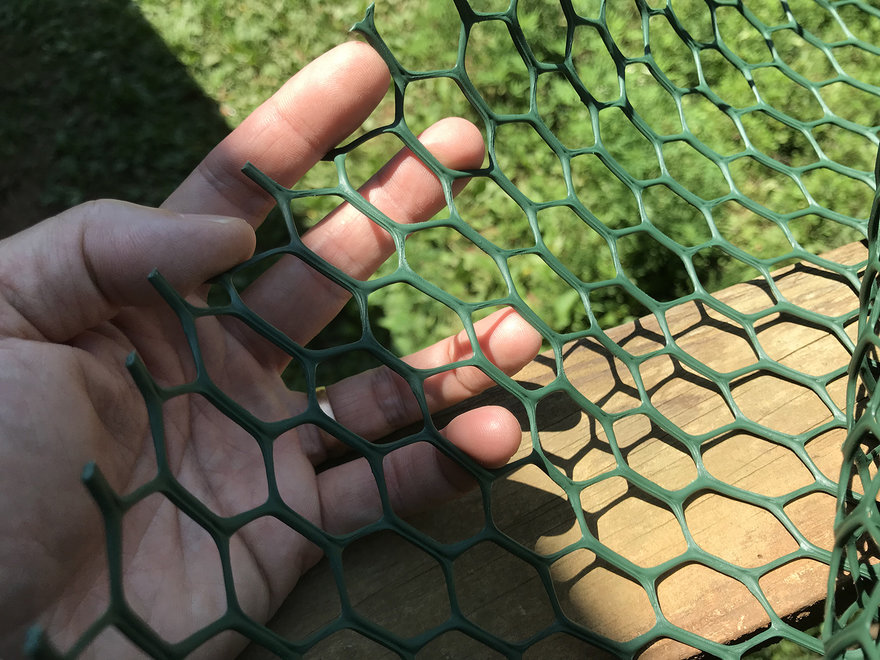 Six rolls of this were enough to cover my entire dog run, in a fraction of the time it would have taken me to do with metal, and without the frustration and irritating micro-injuries. 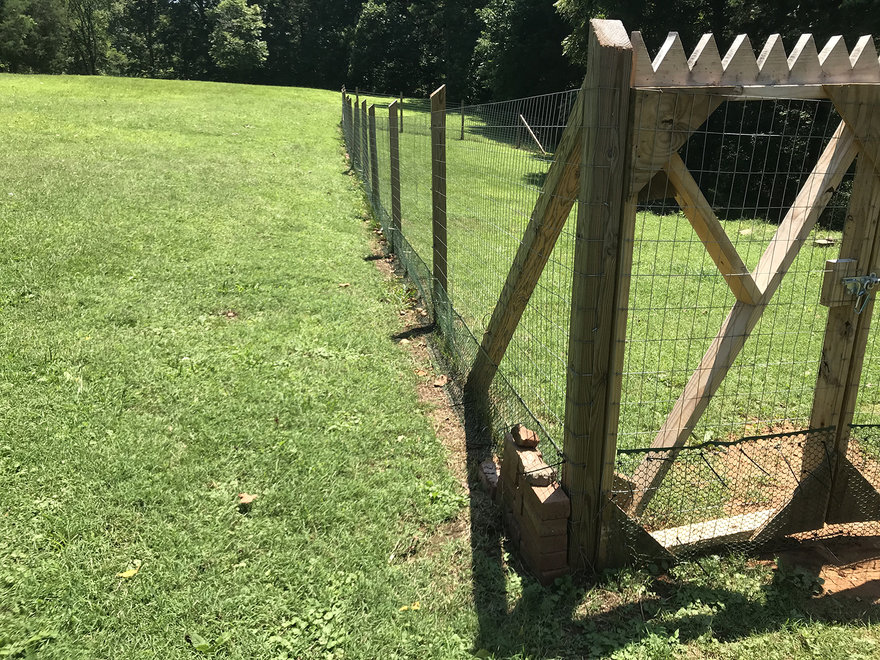 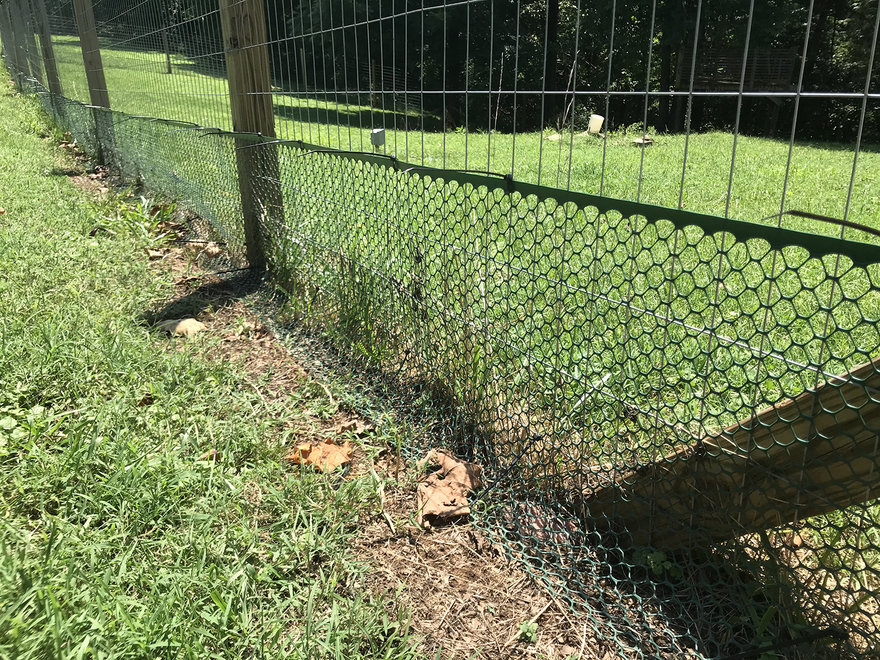 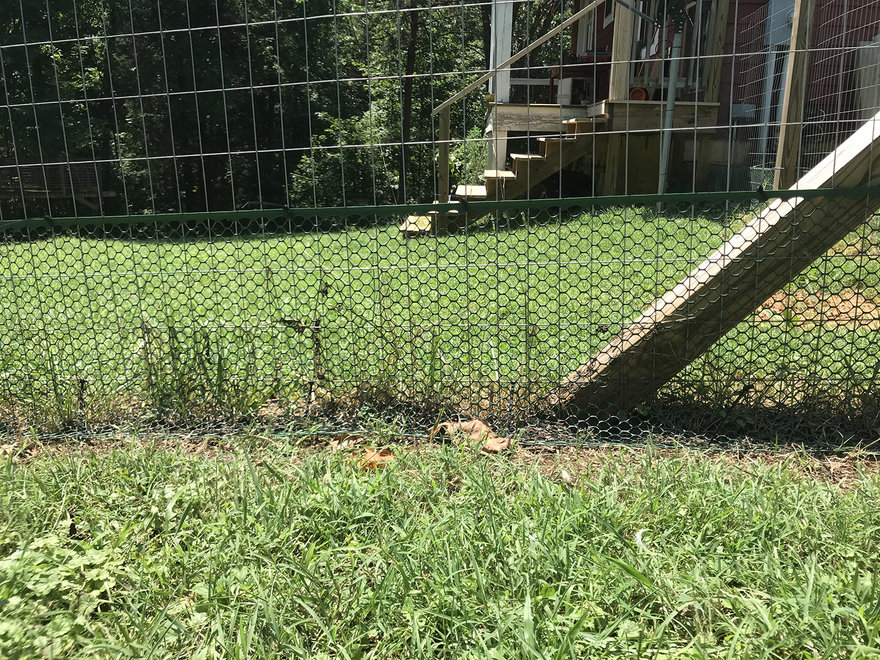 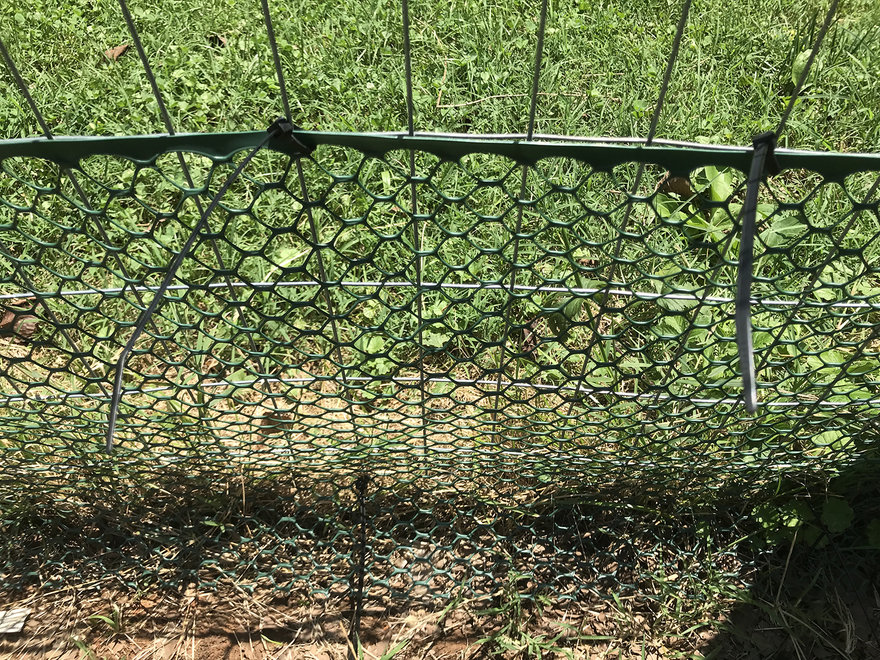 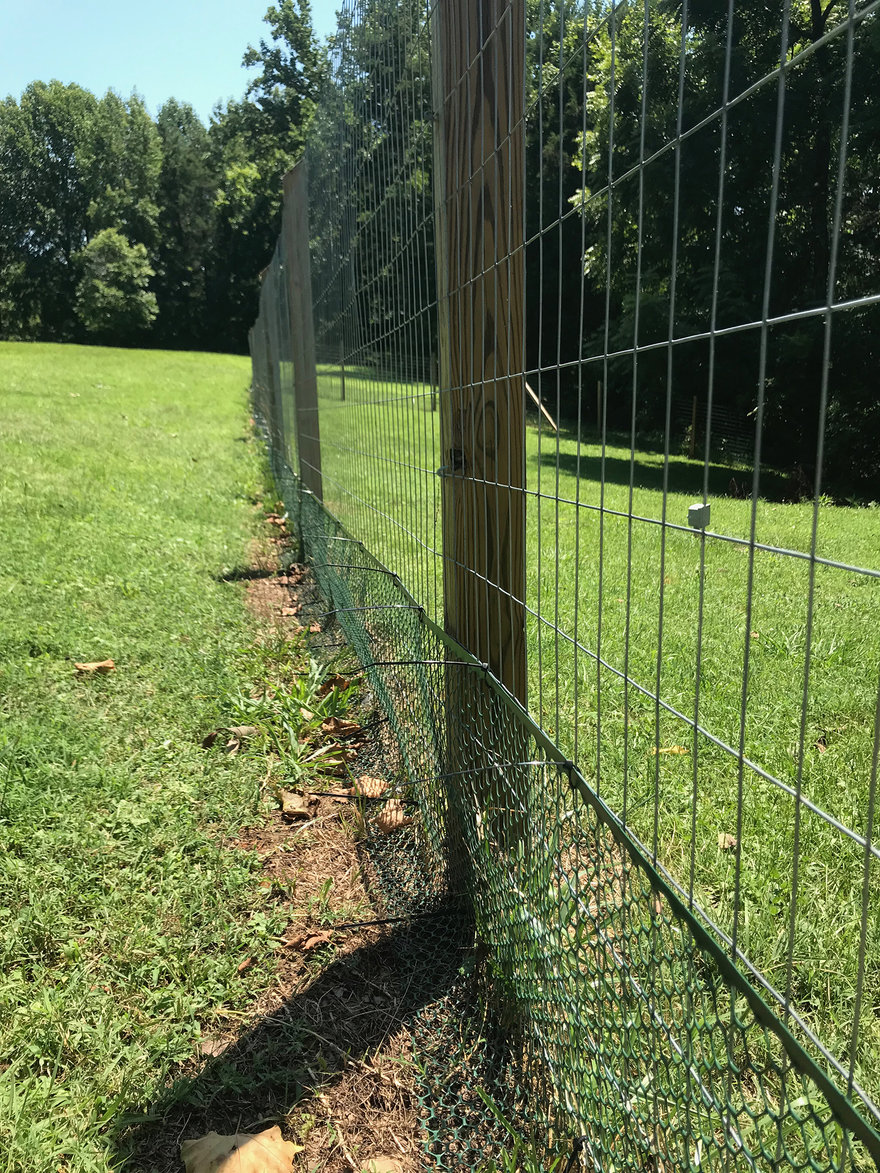 I affixed it to the existing fence using yet more plastic, roughly 800 zip ties in total. Again, this took a fraction of the time that it takes to cut and wind metal wire, then use pliers to tuck the sharp ends away. 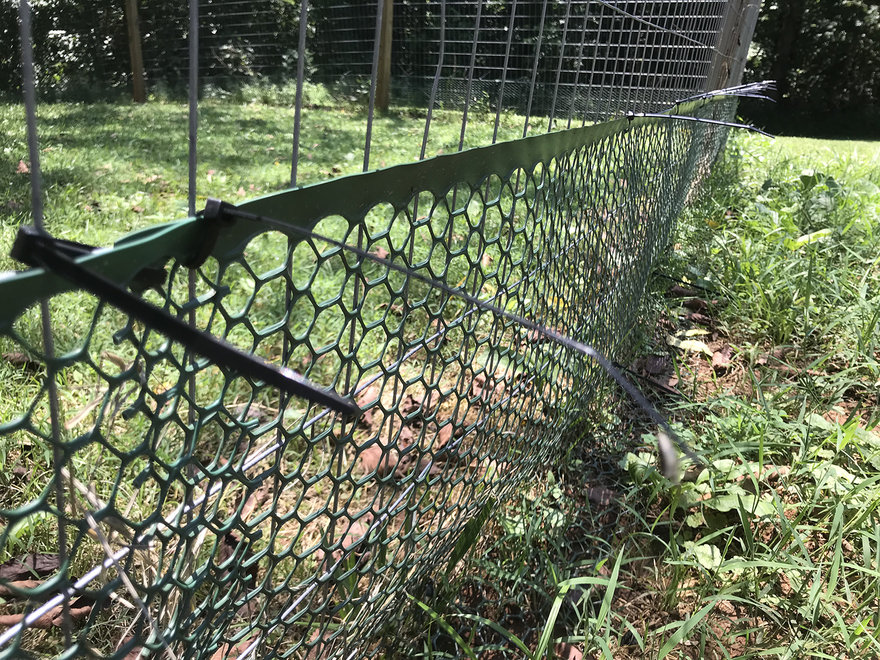 You might be wondering why I left the zip ties long. I’ll get to that in another entry.

At this point, I don’t think I’ve saved more birds’ lives using plastic than I’ve helped kill sea creatures by designing with it, but at least now I am moving in the right direction.

Twitter Account Explains How Beauty In Ordinary Things Is Good For Society, And The Viral Thread Is Eye-Opening