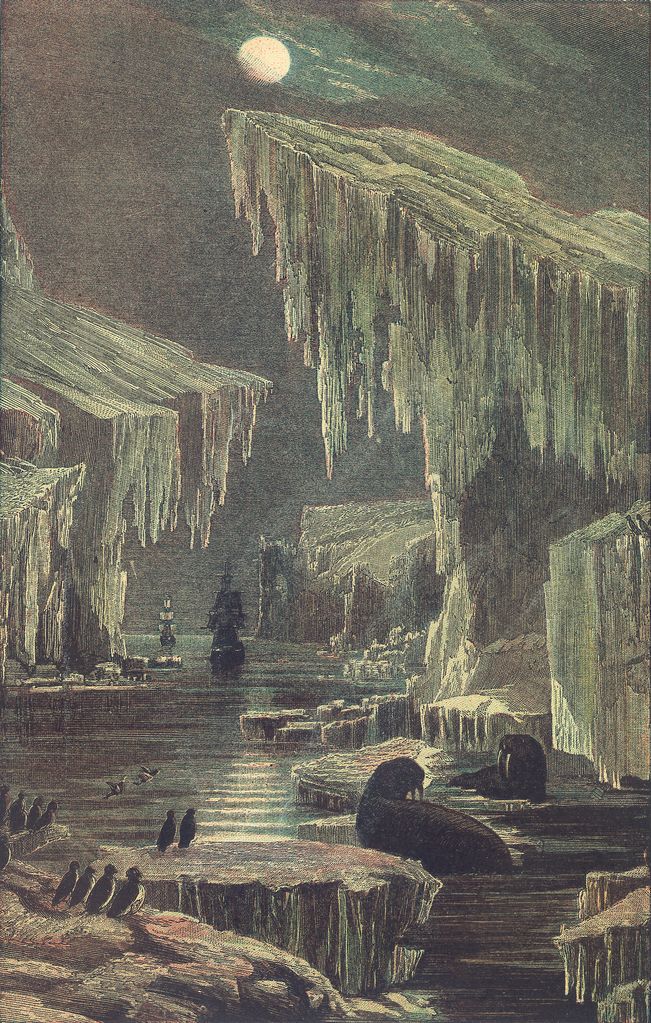 In 1845, Sir John Franklin commanded two ships, the HMS Terror and HMS Erebus, on a mission to explore the Arctic and chart the Northwest Passage. They did not return and sent no messages. A year went by, then two, and by 1850, Franklin’s wife Lady Jane Franklin was begging for a search party. Meanwhile, a family in Northern Ireland was channeling the ghost of their daughter who died at age three. They asked the ghost of Louisa Coppin, who they called Weesy, what happened to the Franklin expedition.

Weesy responded with flair, filling the room with an Arctic scene that showed two ships amid snowy mountains and narrow channels. When asked if Franklin himself was still alive, Weesy revealed “a round-faced Man [ascending] the Mast and [waving] his hat,” and she answered a query about his exact location with a series of abbreviations that included “P.RI” and “BS.”

The spectral illuminations were only visible to Weesy’s sister Anne, who copied them onto paper and showed her father upon his return from a trip. Coppin wasn’t wholly disbelieving, but he didn’t act on the information immediately. Then, in May 1850, after hearing that Lady Jane was preparing to send a ship to search for her husband, he wrote her a letter detailing Weesy’s appearance.

William Coppin, Weesy’s father, shared the information with Lady Jane, who was directing and financing ships to look for the expedition. It wasn’t until 1859 that the mystery of what happened to the Franklin expedition was completely solved -and the evidence was found in the place that Weesy’s chart had predicted. However, the ghostly influence on the search was not published until a few years after Lady Jane’s death, and some questions and discrepancies subsequently turned up. Read the story of the ghost who found Sir John Franklin at Mental Floss.