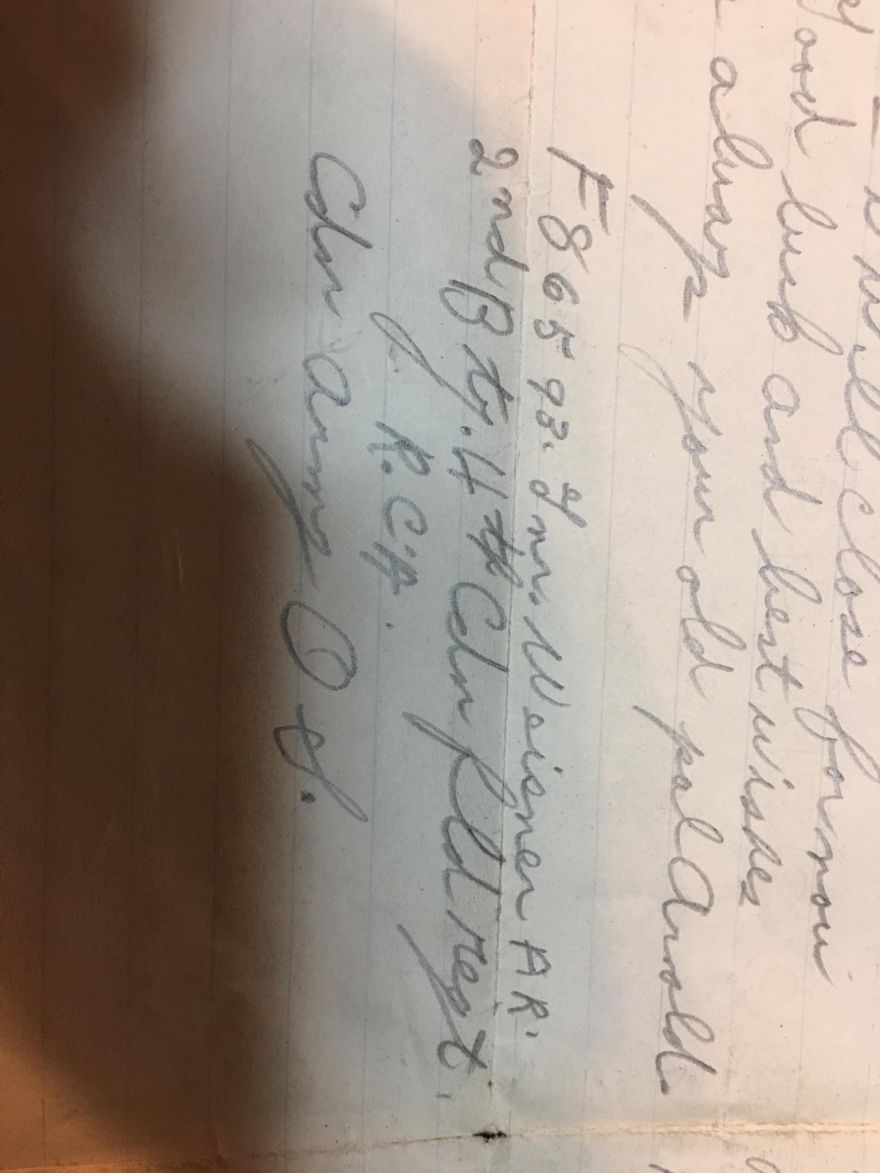 About 3 years ago, Arnie Lloyd of Elmsdale bought a 1948 Ford F1 car from a family. Aside from the car, he also bought some boxes of truck parts from the same family.

Recently, as he was going through one of the boxes, Lloyd found a hand-written letter by a Canadian soldier named Arnold Weisner. The letter, which was dated Nov. 4, 1944, was addressed to one Clark Armstrong of Beechville.

Lloyd said he found numerous other items bearing Armstrong’s name in the box, including love letters, old pay stubs and a driver’s license from the early 1900s.

Lloyd currently plans on reuniting the items with Weisner’s family.

“If a grandson or granddaughter gets to read that letter, they get a piece of history that maybe their father or grandfather didn’t get a chance to talk about,” Lloyd told CTV News.

But according to the curator for the Army Museum Halifax Citadel, Ken Hynes, Lloyd might find it difficult to find the Canadian soldier’s official records, as the Library and Archives Canada haven’t released the records to the public, as some veterans are still alive to this day. Lloyd, however, is determined to search for Weisner’s relatives.

I wonder how the letters ended up in the box of truck parts.