These days, consumers want–or companies make them believe they want–“smart,” connected homes. But in pre-internet 1950, the magic ingredient being marketed to consumers for their dream homes was…electricity. A sizeable chunk of the population then had grown up without it, and in 1950 electricity, married with cleverly designed objects and systems, promised to provide us with wondrous homes of the future. 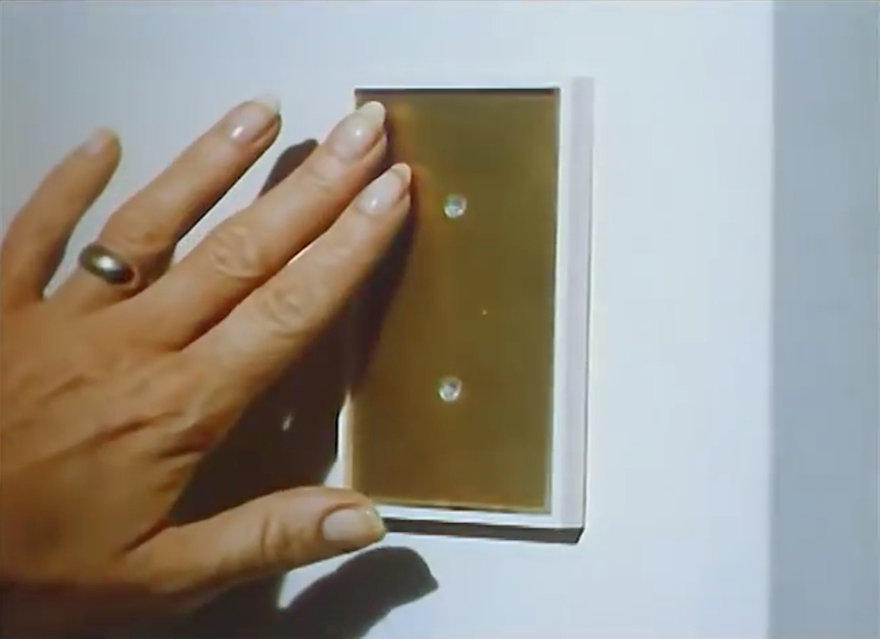 “This touch-capacitive light switch is made of brass, to better show fingerprints.” 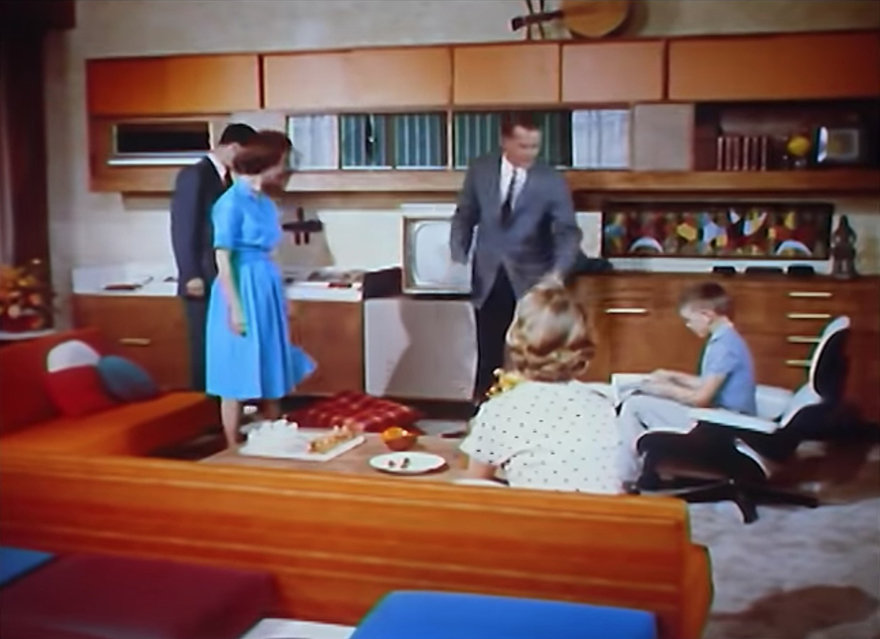 “Goddammit, Billy–How many times have I asked you not to sit on our WHITE leather Eames chair after you’ve been playing outside? Why don’t you drink some chocolate milk on it, too?” 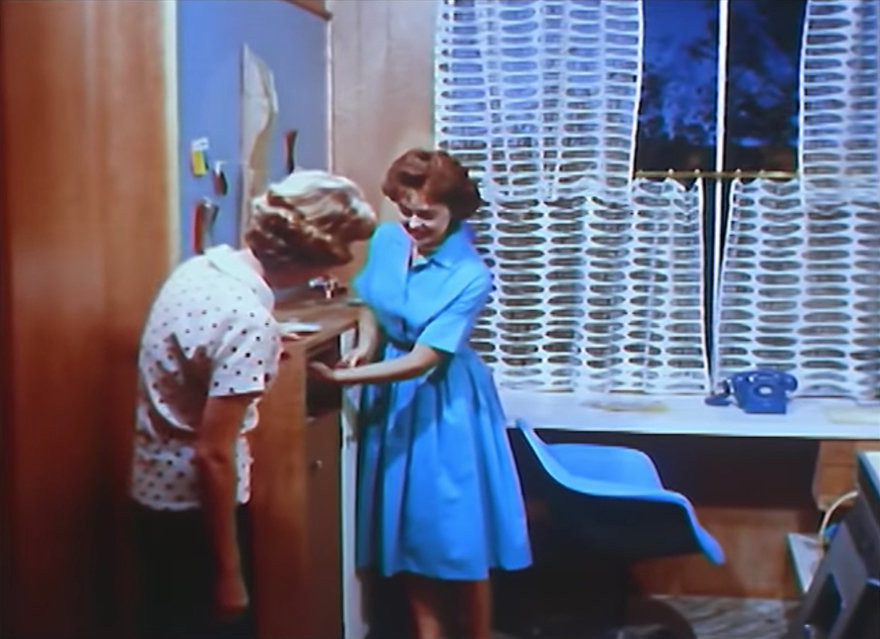 “I know she’s trying to show me this cabinet-thingy, but I can’t take my eye off of those drapes–they look like something you use to catch a wild animal.” 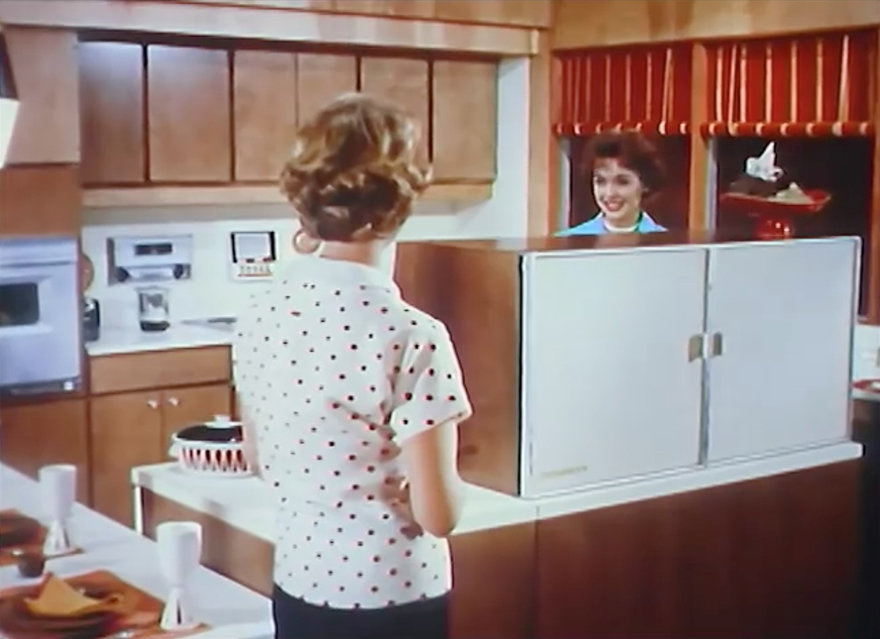 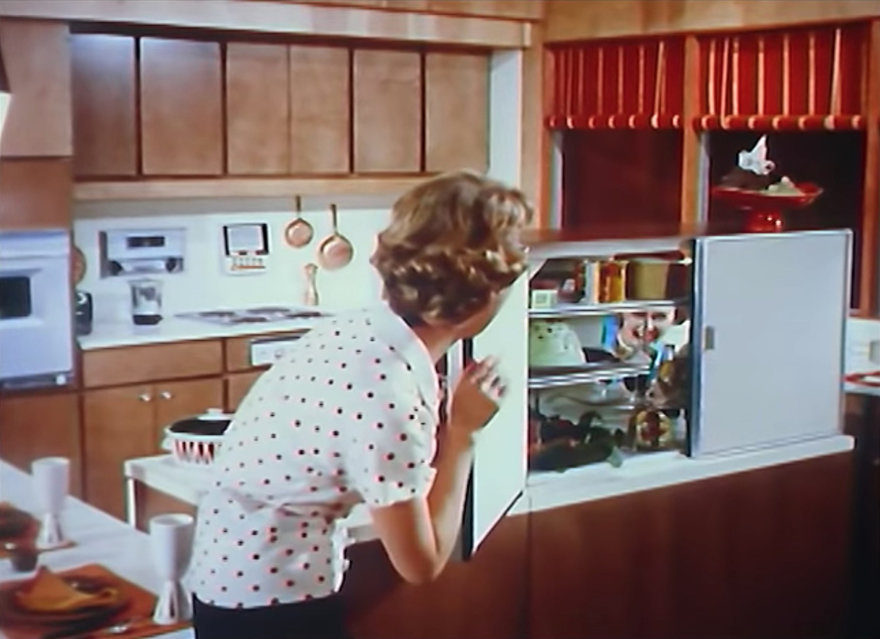 Nothing would freak me out more than opening a refrigerator and seeing a human face inside of it. 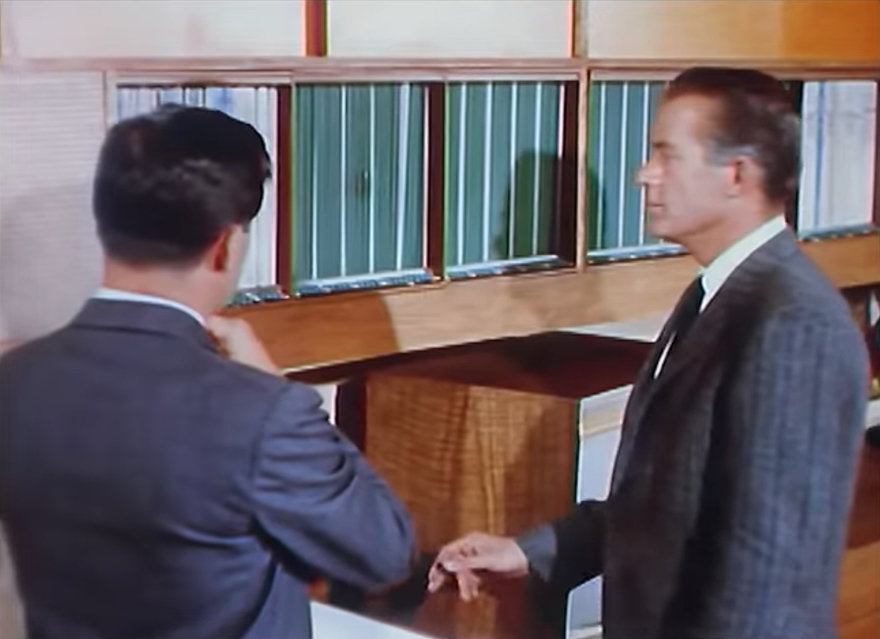 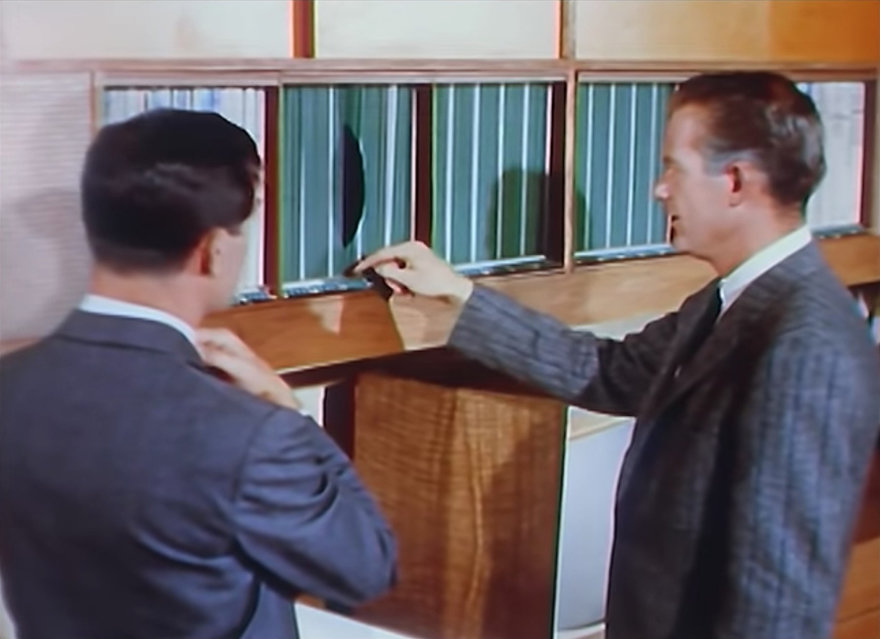 “You press a button, and then the record gets pushed out vertically through a slit! This means you can only grab the record in the most undesirable way, getting fingerprints on both sides.” 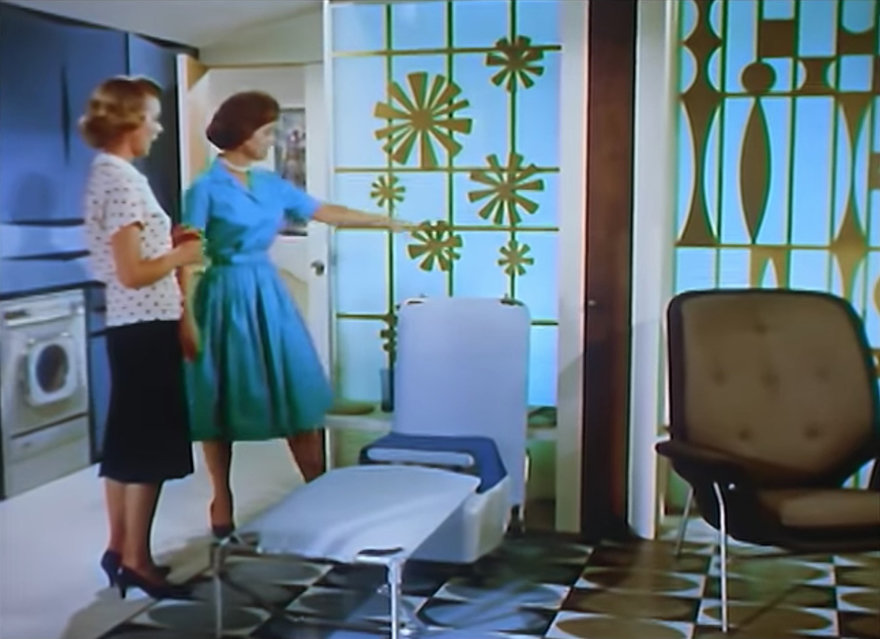 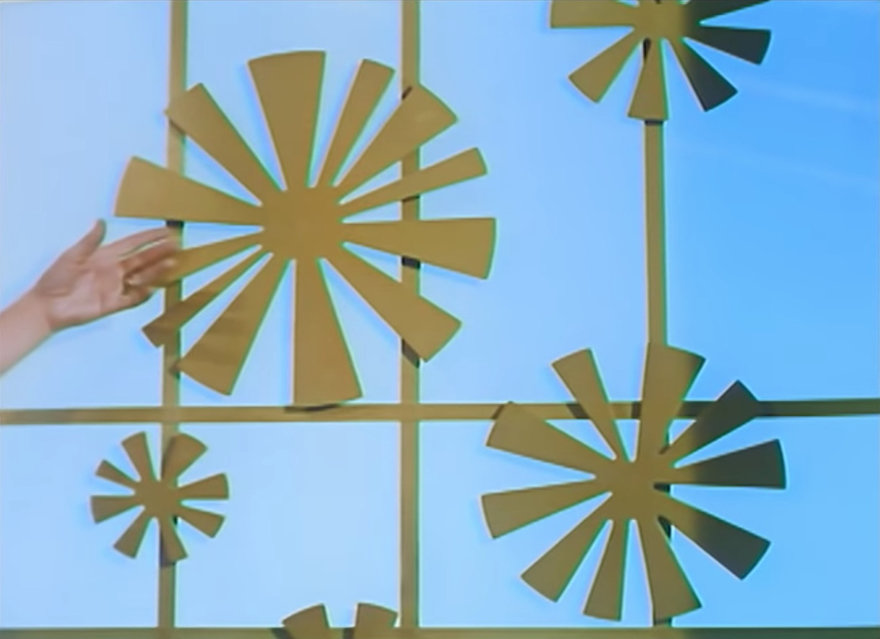 “Frank experienced the living hell that was Iwo Jima in World War II, so I wanted to decorate the house with symbols that would remind him of the Japanese Imperial flag.” 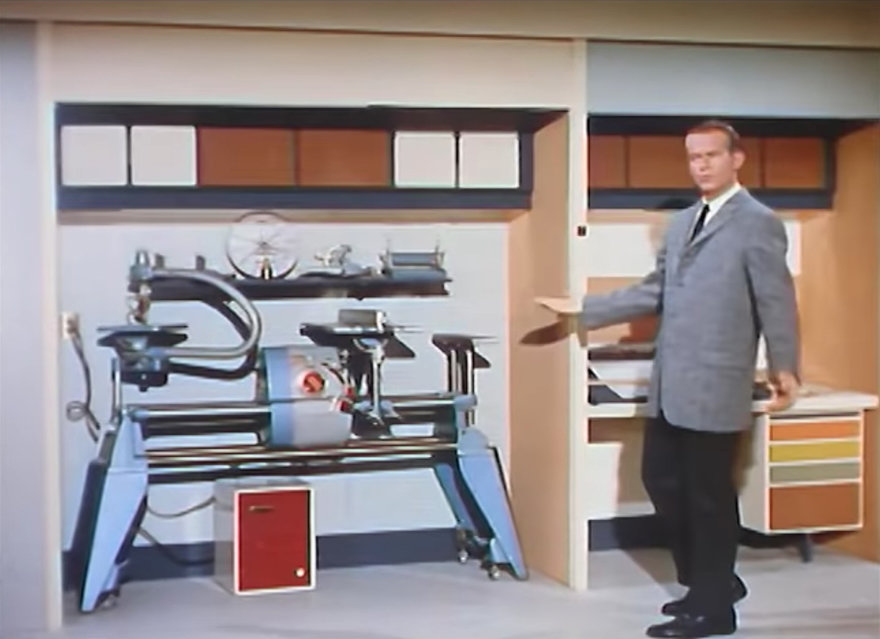 “This is my hobby shop. I like to write manifestos on the desk at right, which inspires me to create my own weapons using the tooling at left.” 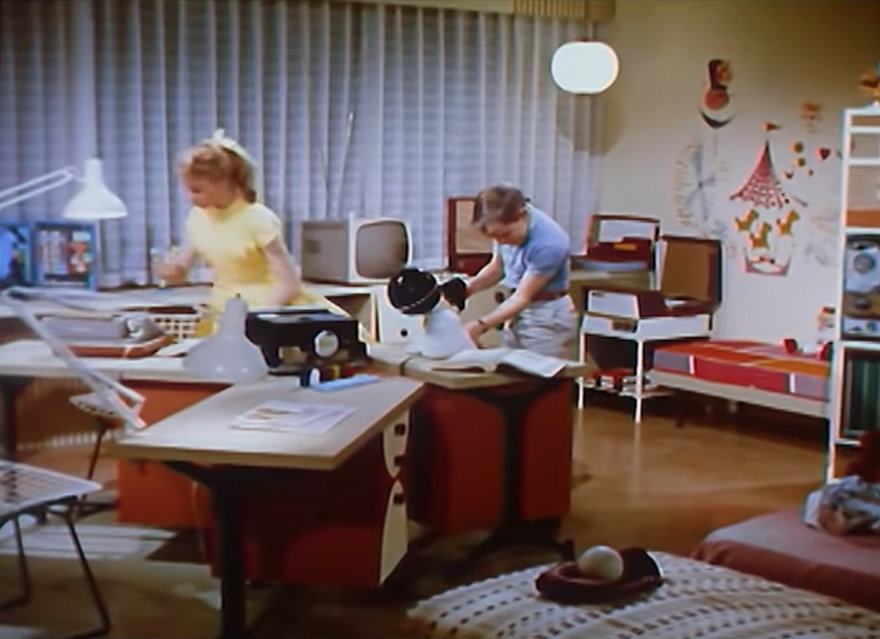 This is the era when you could tell a child that his bedroom was “really gay” and it was a compliment. 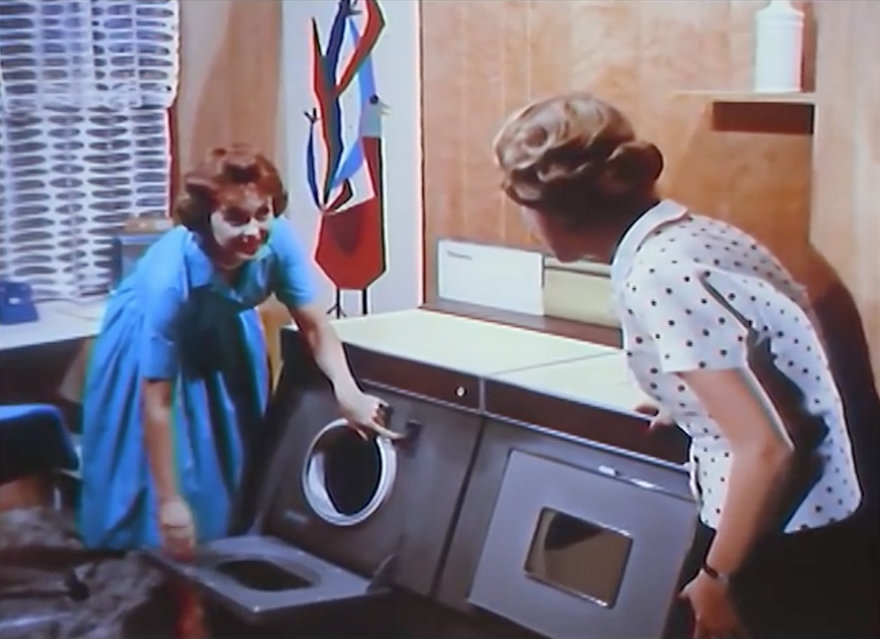 “We prefer a washing machine with an aperture as small and hard to see inside of as possible.” 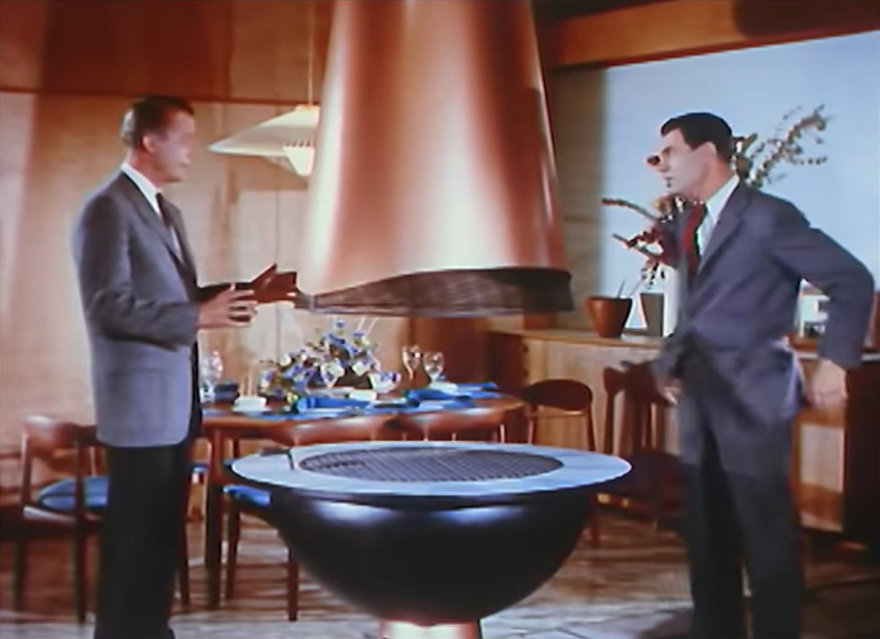 This 360-degree grill with suspended hood never caught on in American homes, but go to any Korean barbecue restaurant and you’ll see where they’ve landed. 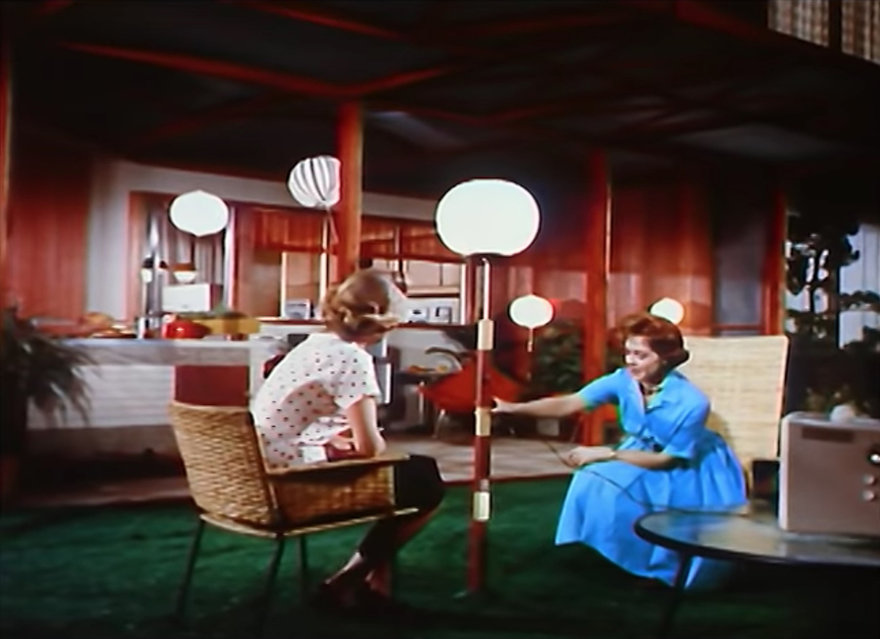 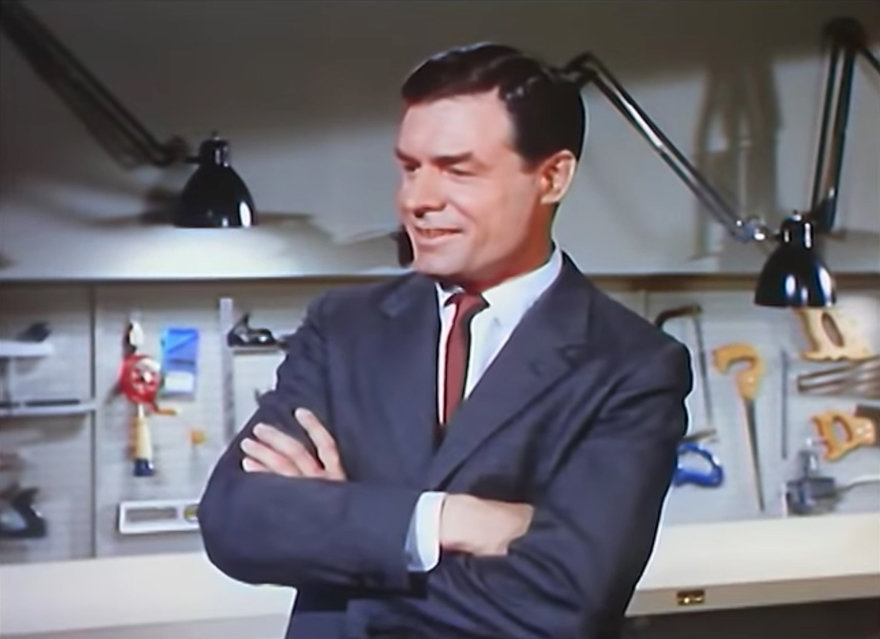 [Internal monologue] Wow, Frank is really showing off. I can’t afford half of this crap. Well, I’m gonna kick his ass at tennis on Saturday–all of this fancy motorized shit won’t fix that weak-ass backhand.