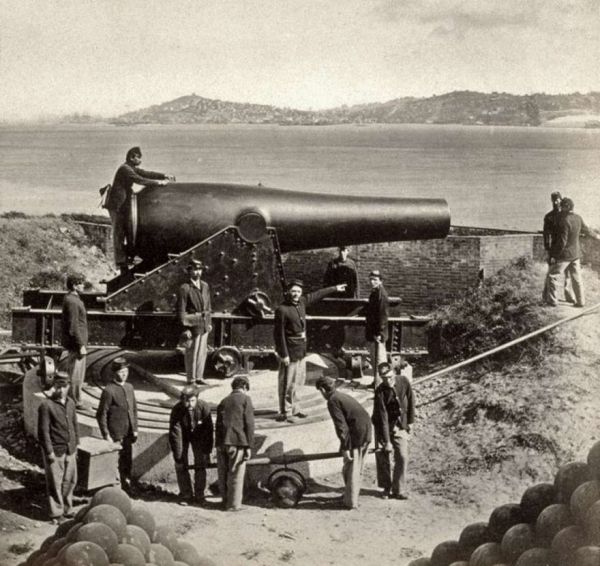 While generations of inmates at Alcatraz Federal Penitentiary in San Francisco dreamed of tunneling out, there were existing tunnels underneath them al the time -as well as buildings and even ammunition. The island was the site of a military fort in the early 1800s. By the time of the Civil war, it was converted into a military prison, then became a federal prison in 1934. Now, archaeological science has determined that instead of a straight conversion, the prison was simply built on top of the military fort.

So as not to disturb the land by digging, archaeologists used ground-penetrating radar and terrestrial laser scans in conjunction with historical maps and photographs. Below the prison recreation yard, they found fully buried structures, underground ammunition magazines and tunnels. Historians believe when the prison was built, workers elected to simply build over existing structures, rather than take the time and money to demolish them.

This technology is allowing researchers to see into the past without disturbing it. The implications are enormous for future dig-less excavations. Read more about the Alcatraz discovery at the San Francisco Chronicle. -via Mental Floss