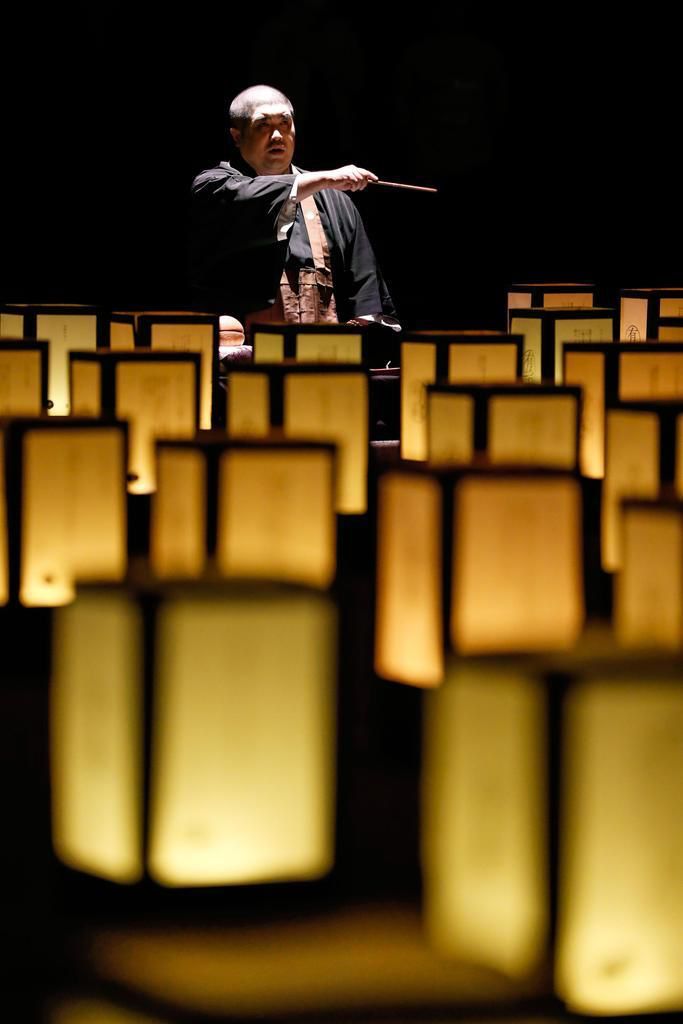 This week in Osaka: a chanting monk surrounded by 300 lanterns in a dark ceremony hall. What he was chanting, however, were not Buddhist scriptures, but regrets and remorse of individuals who were not able to take their paid-time-off.

According to a new legislation passed in May of this year, Japanese firms are required to give paid-time-off to their workers, and workers must take at least 5 days of said paid-time-off. Much of these time-offs, however, go unused as Japan wrestles in bringing themselves up-to-date with more contemporary ideas of work-life balance.

So ad agency Ningen sponsored a unique event to raise awareness around the issue. They reached out to the public for submissions, which ranged from the humorous to the heartbreaking, and printed them on lanterns. One lantern read, “paid time off is just an urban legend.” Another read, “I belatedly celebrated my child’s birthday by 7 months.” And yet another read, “Sorry to bother you while you’re off but…”

Takuro Sayama, the Jodoshu Buddhist monk that conducted the ceremony, explained that in Buddhist teachings there is a land known as “the world of asuras” (修羅界) where people are compelled to fight forever. He hopes his prayers reach those in that world.

May the people who have sent these messages soon be able to take their well-deserved time-offs.