This 9-meter-long moon, created by the SpY, modified the light and perspective of mADRID, during the night of the 20th of July from 10 pm until the early hours of the 21st.

On July 20, 1969, Neil Armstrong and Buzz Aldrin put their feet on the Moon while Michael Collin piloted the orbiter of Apollo 11. Fifty years later, and in memory of one of the most important events in the history of mankind, Urvanity Projects and SpY commemorated this anniversary with an impressive action that consists in the reproduction of a spectacular giant moon in the fourth crescent phase suspended from a crane.

SpY’s work involves the appropriation of urban elements through transformation or replication, commentary on urban reality, and the interference in its communicative codes. His references range from Land Art of Andy Goldsworthy and Richard Long to the actions by Gordon Matta-Clark and Santiago Sierra. 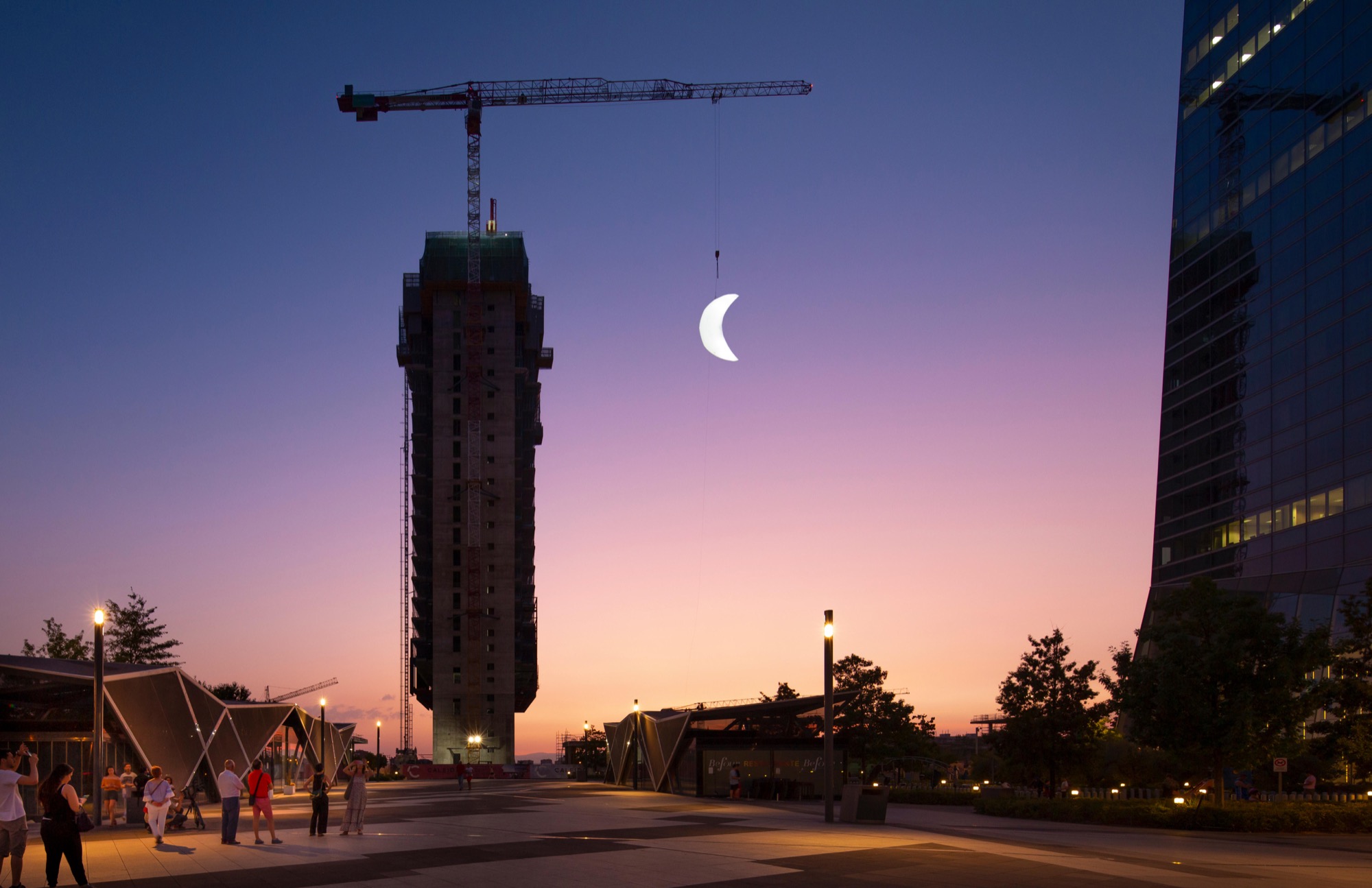 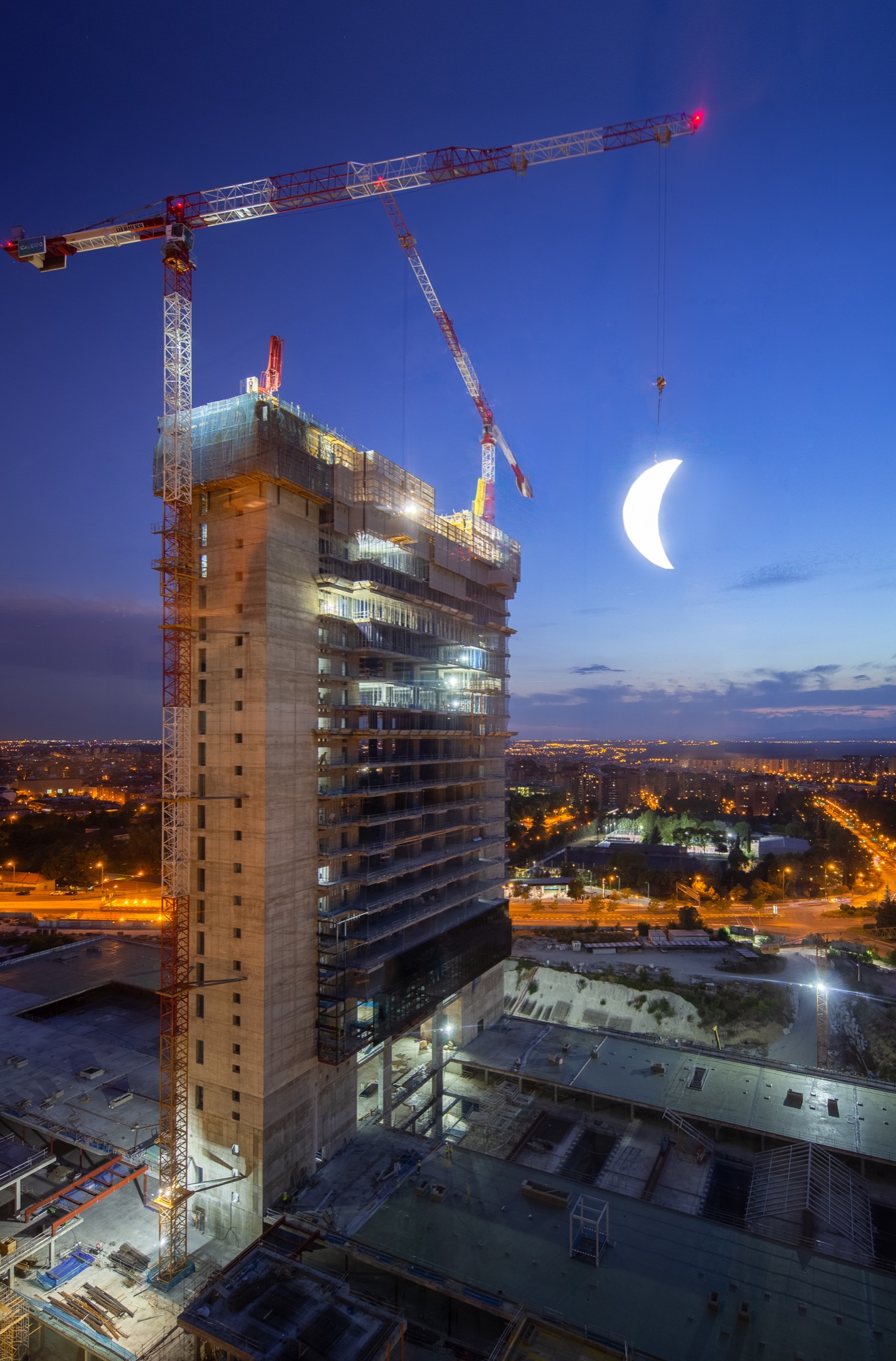 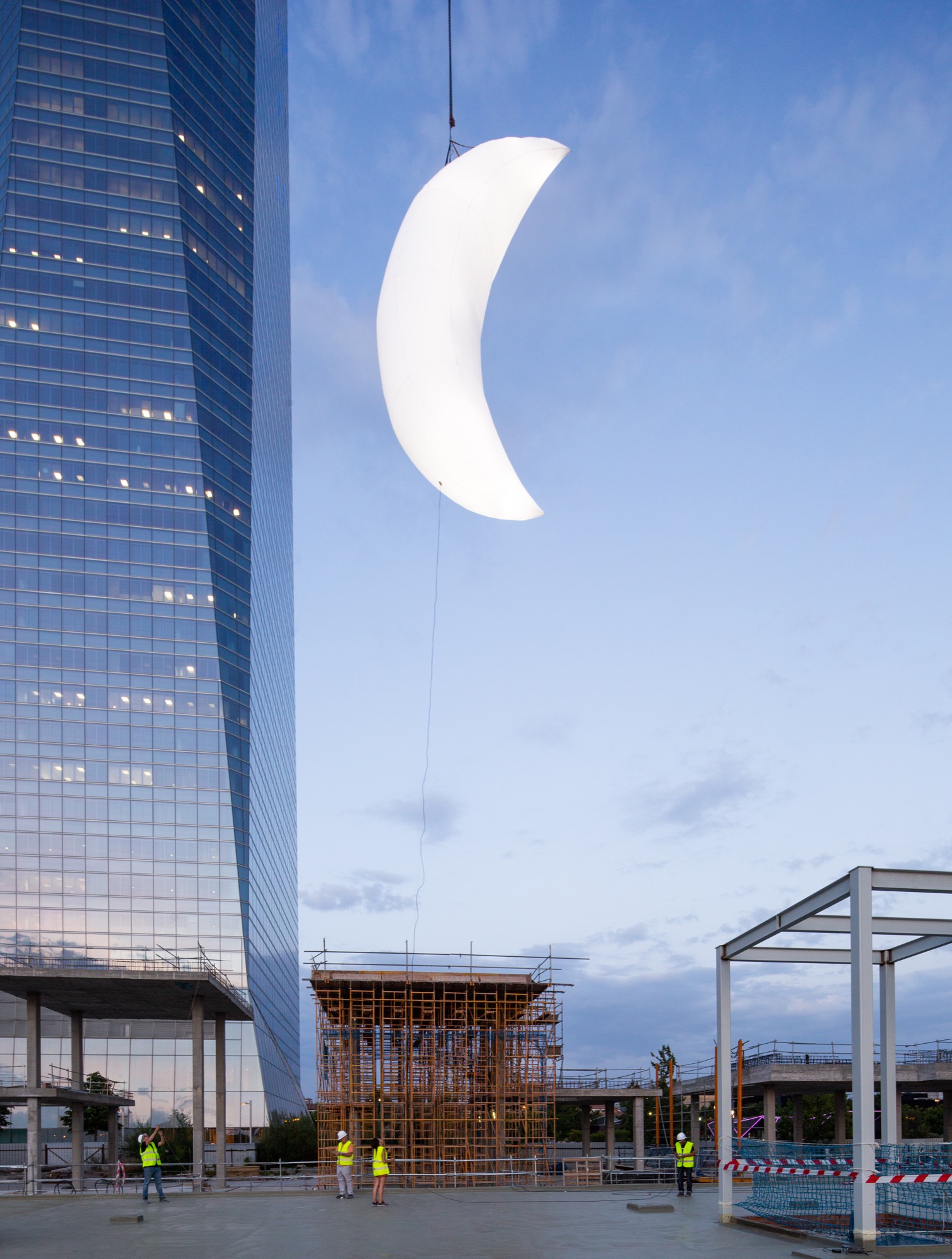 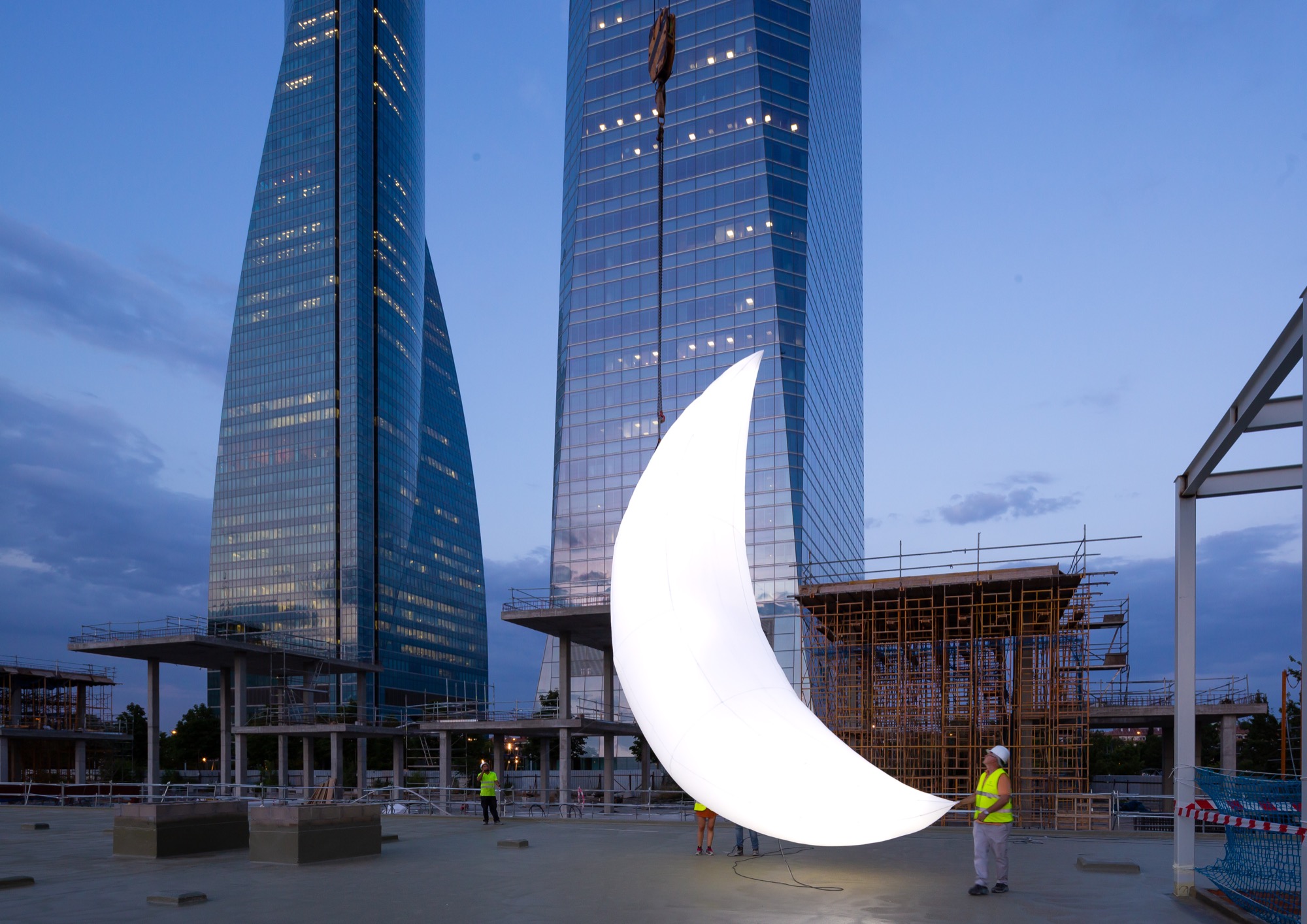 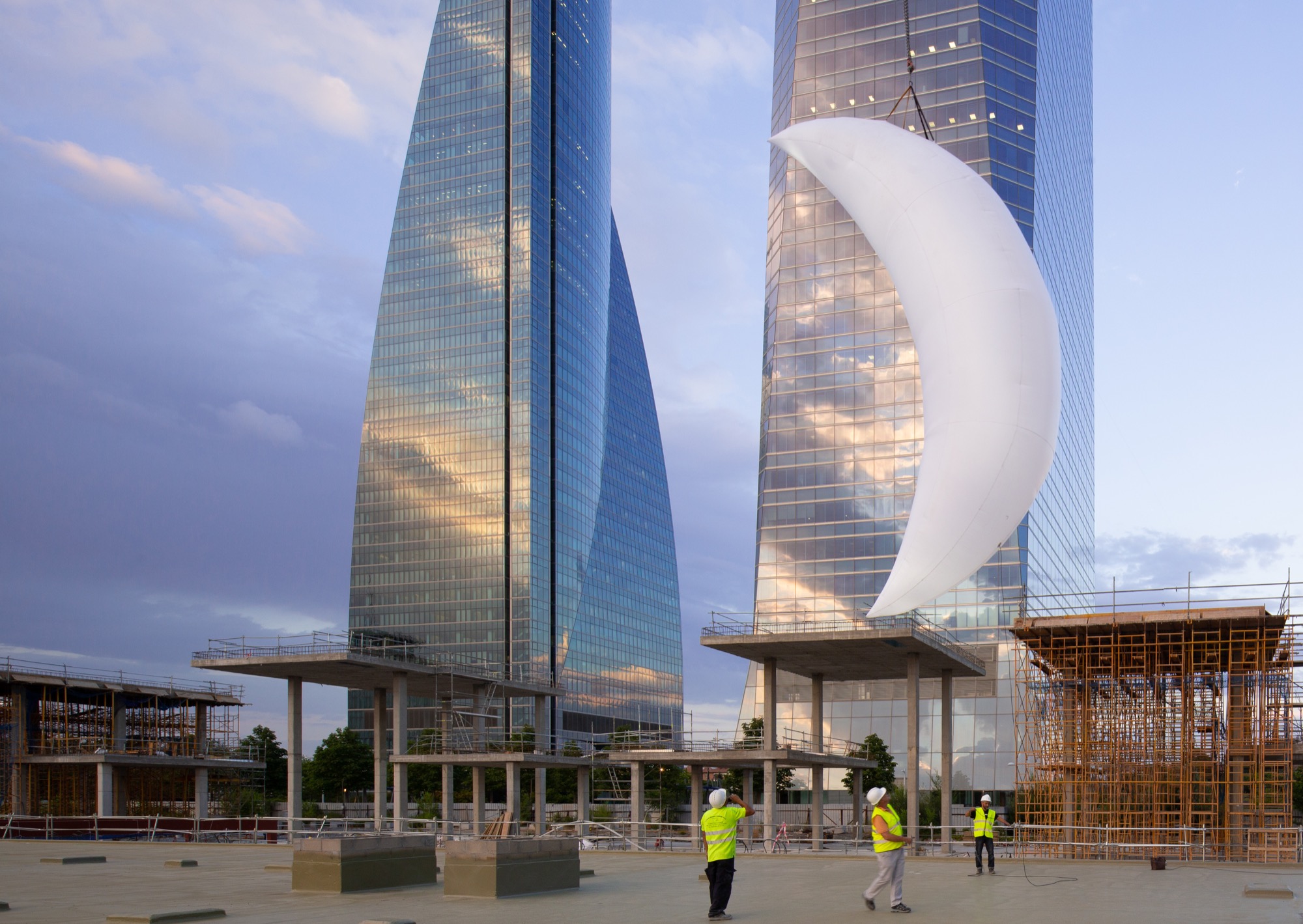 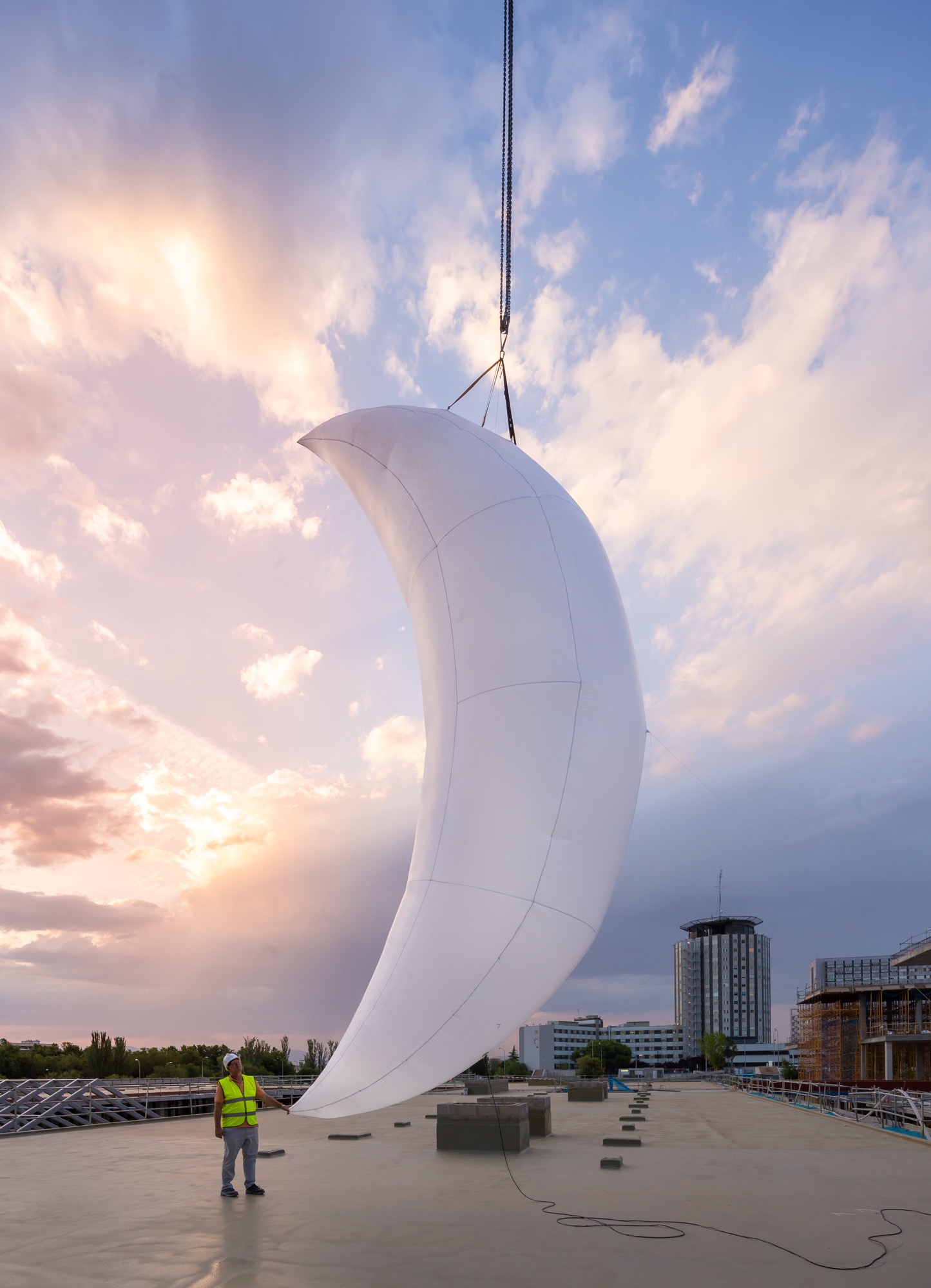 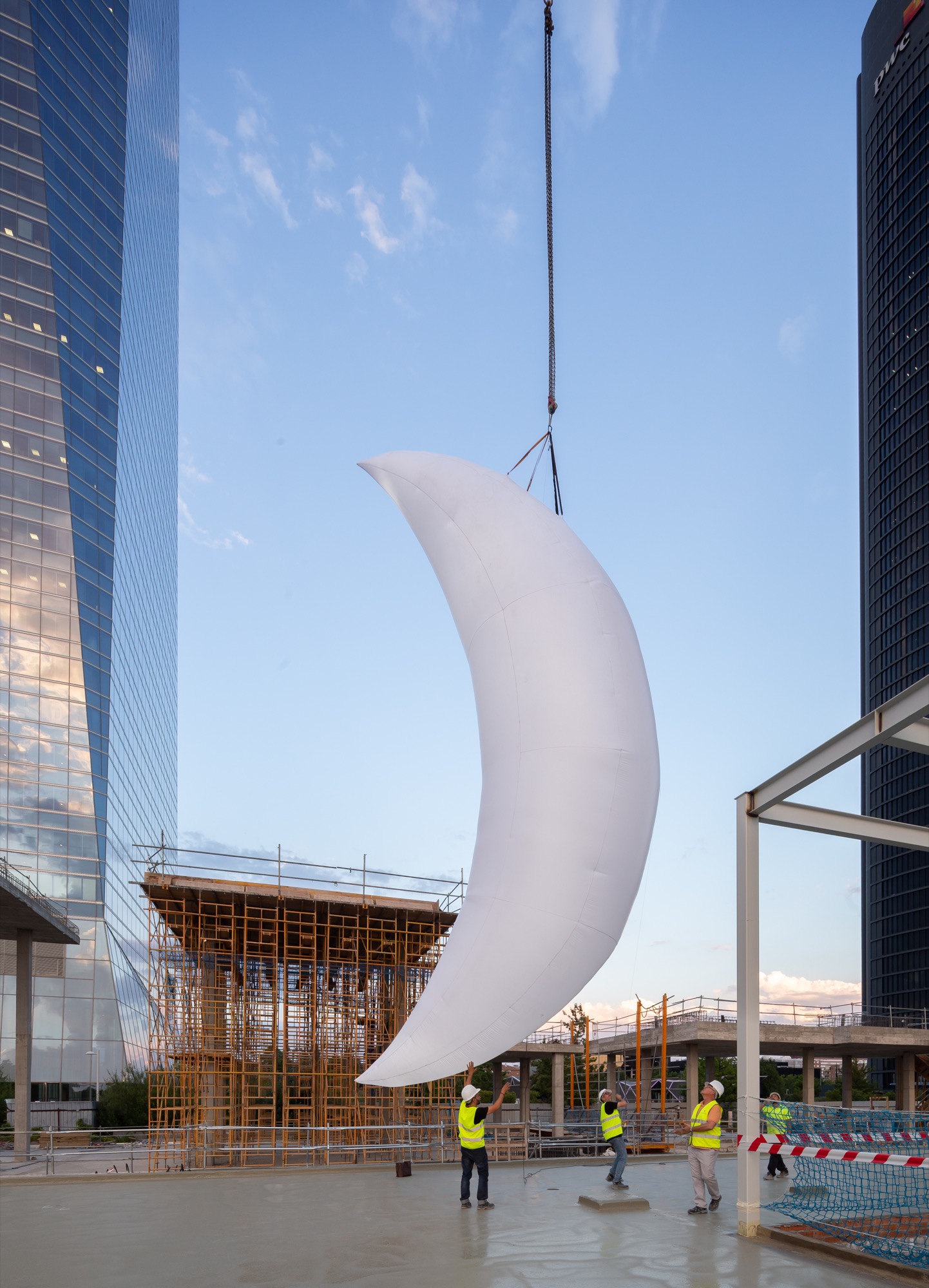 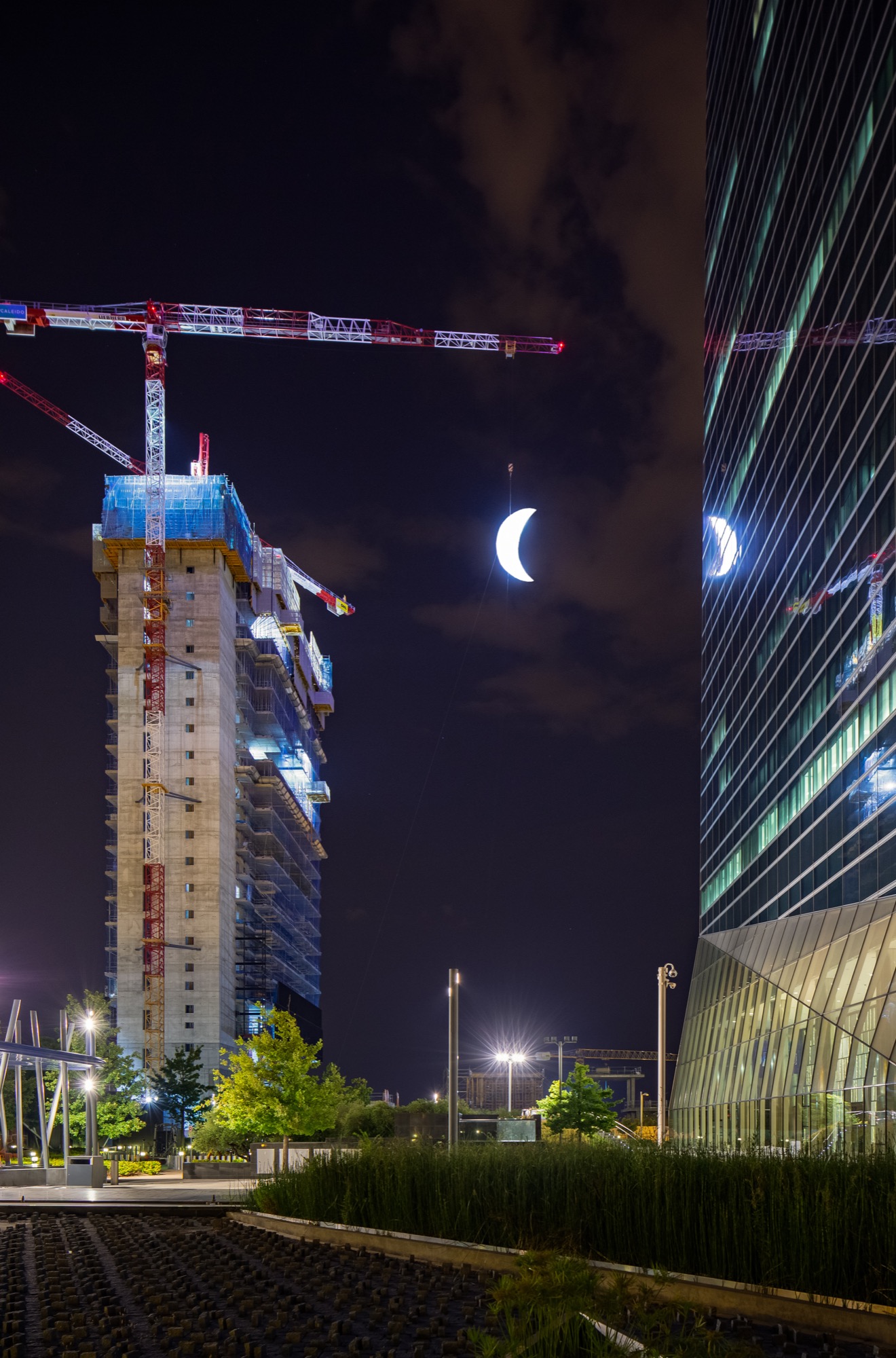 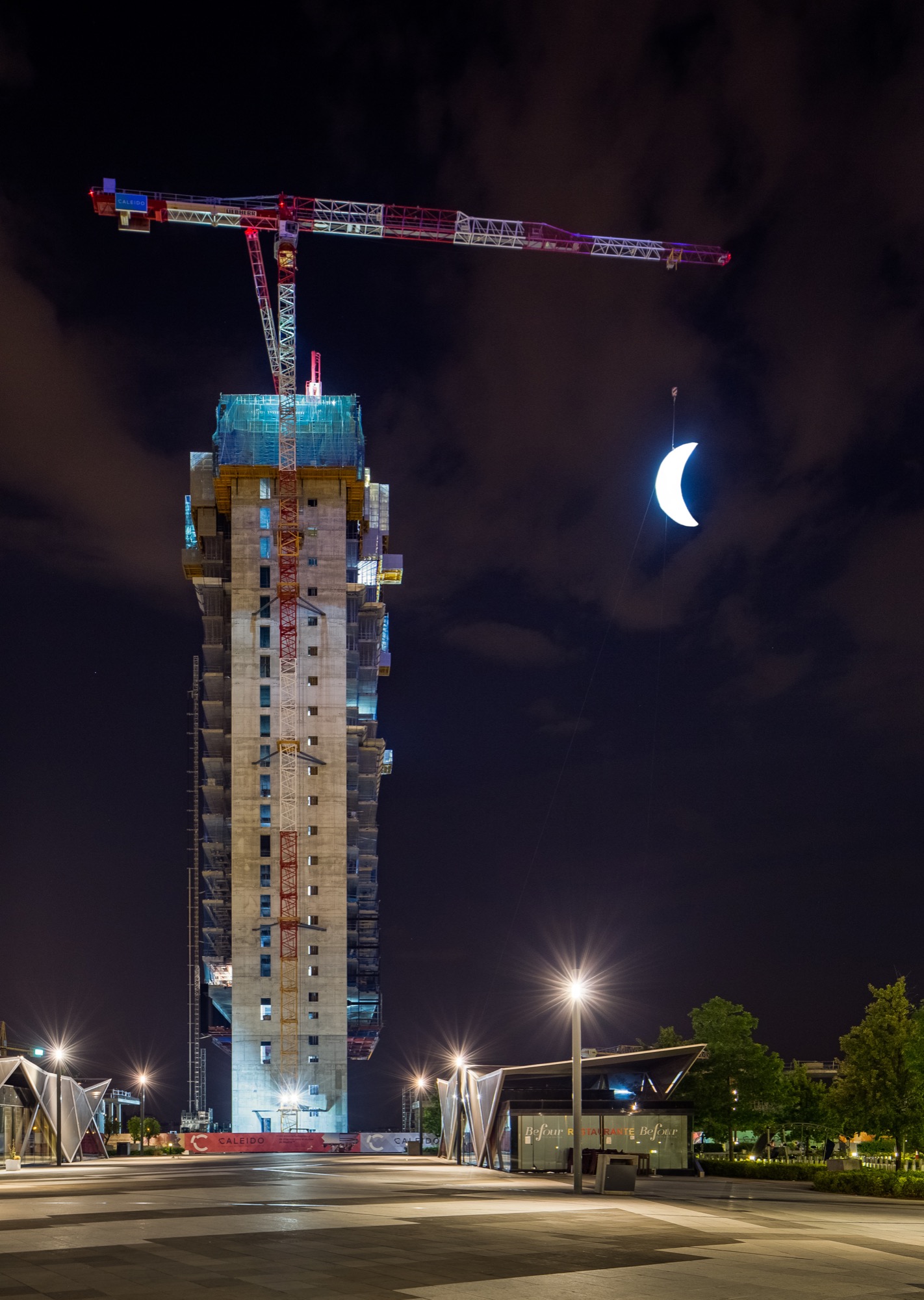 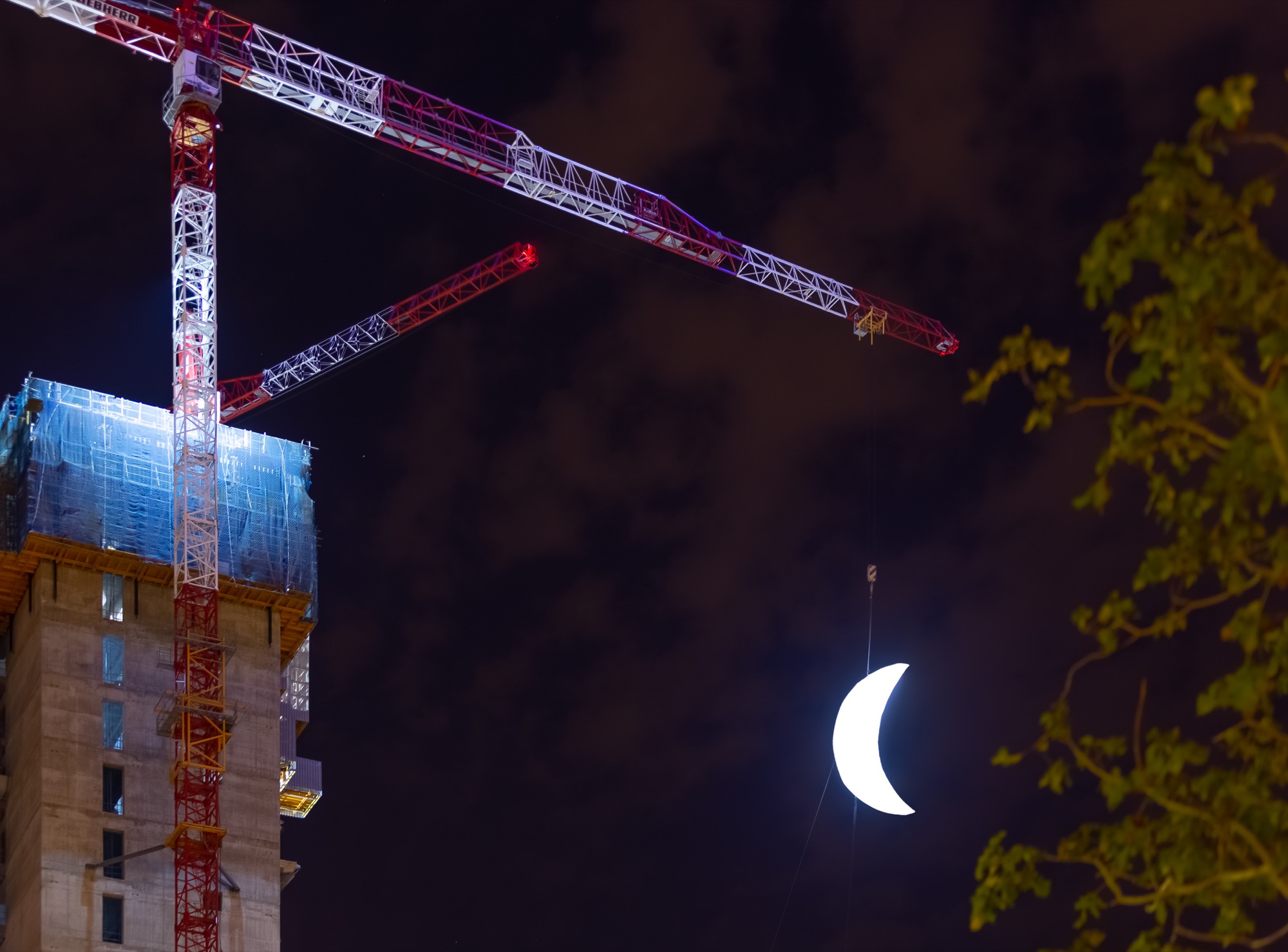 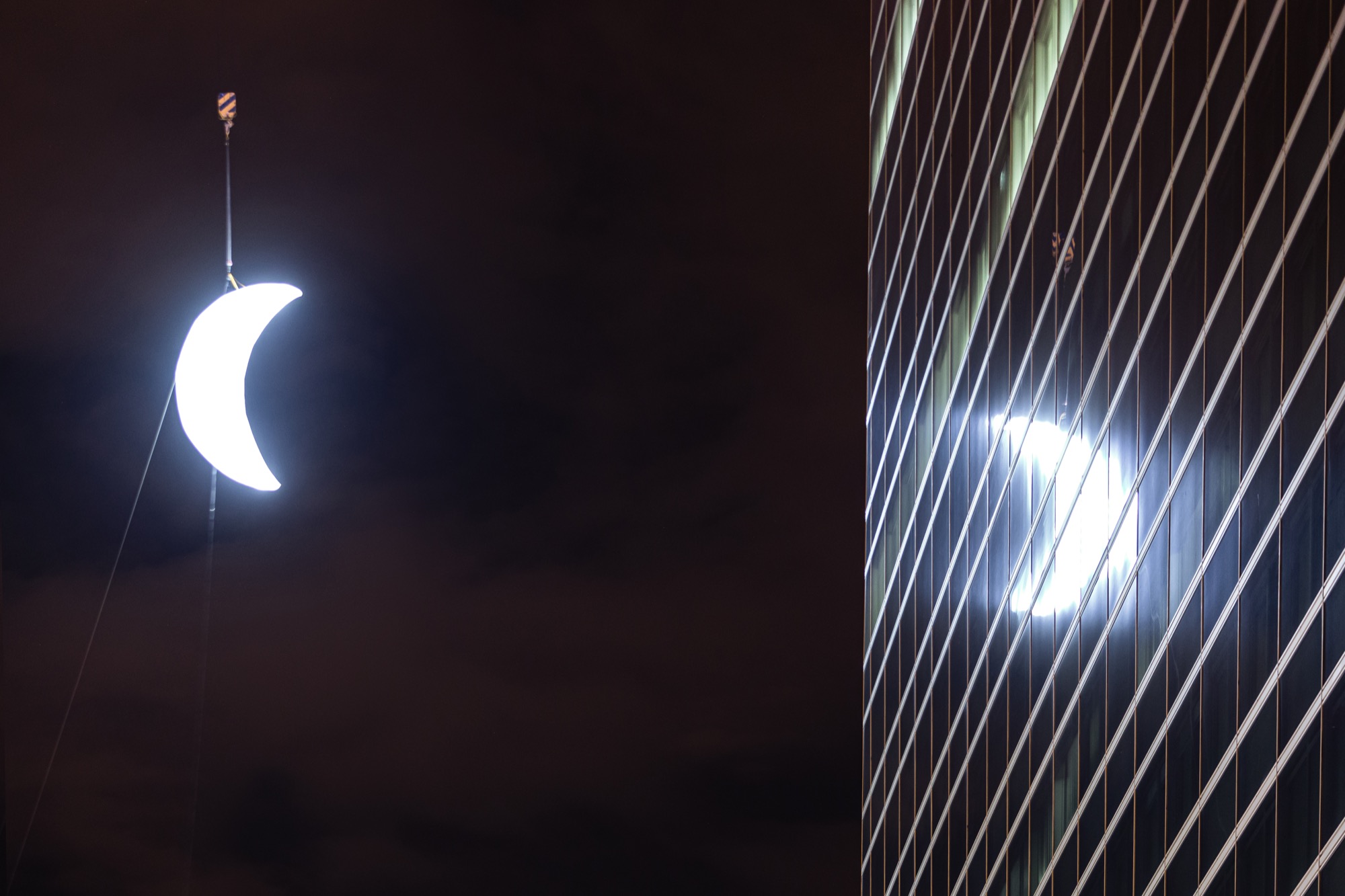 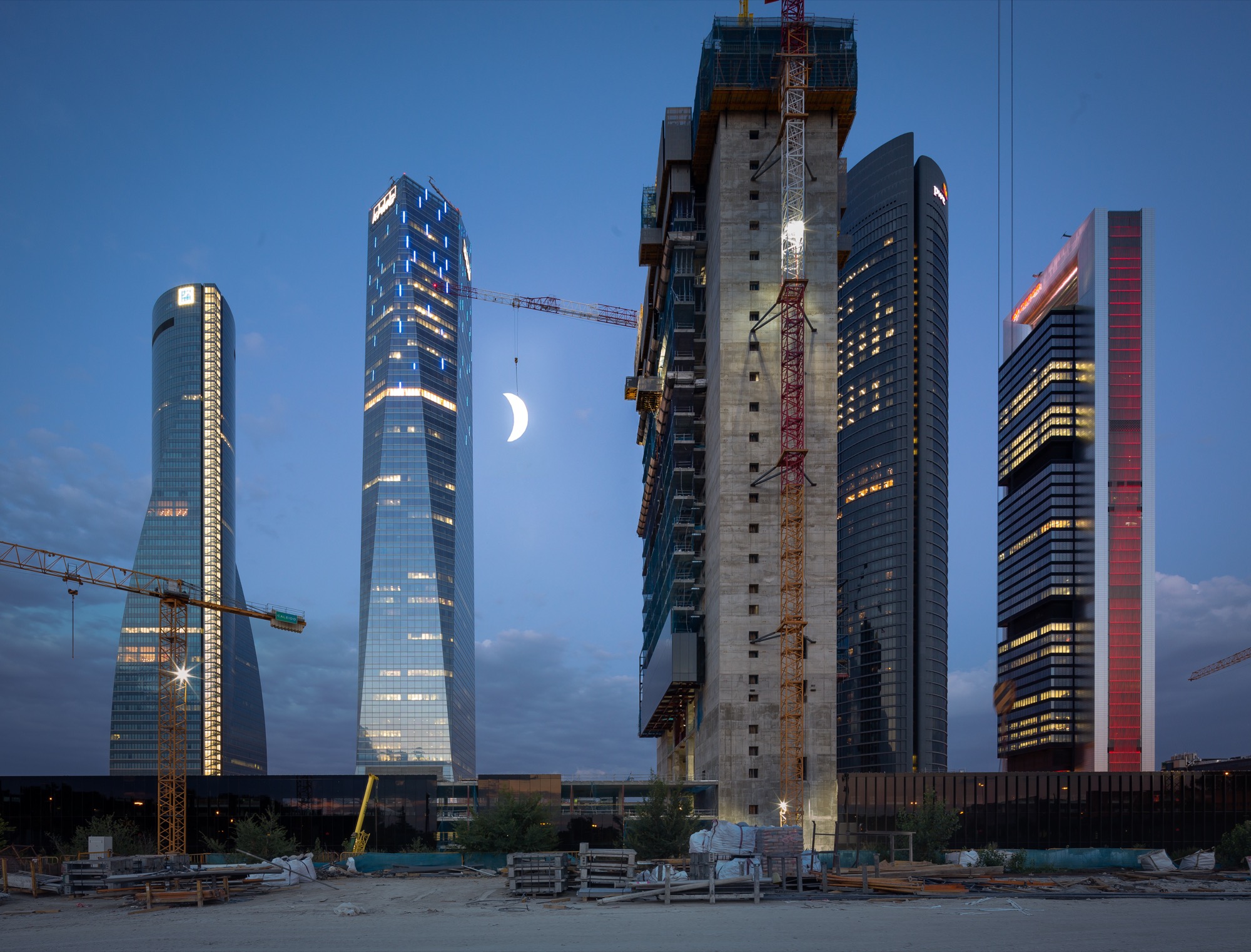