Getting a job is an expected part of adulthood. It’s a means to support your livelihood. A means to give back to society. A means to express and realize yourself. A means to give your children a home. But after years of dedicated service, you’d hope someone would notice your efforts and all the sacrifices made.

“Every day, more than 11 million guests visit Burger King restaurants around the world. And they do so because our restaurants are known for serving high-quality, great-tasting, and affordable food,” the restaurant writes on their website. Such achievements would not be possible without their staff, such as Kevin Ford, who’d put in 27 years of his life into working there.

He’d recently gone viral for sharing the goodie bag his team had put together to celebrate his loyal service, with many people expressing their disappointment in Burger King as a whole. Thus, people have come together to do something that the chain has yet to do – and that is provide a secure future for both Kevin and his family through generous donations on GoFundMe.

Let’s dive into the details, shall we?

A GoFundMe, with an initial goal of $200, has reached $328,701 for a Burger King employee who went viral last month 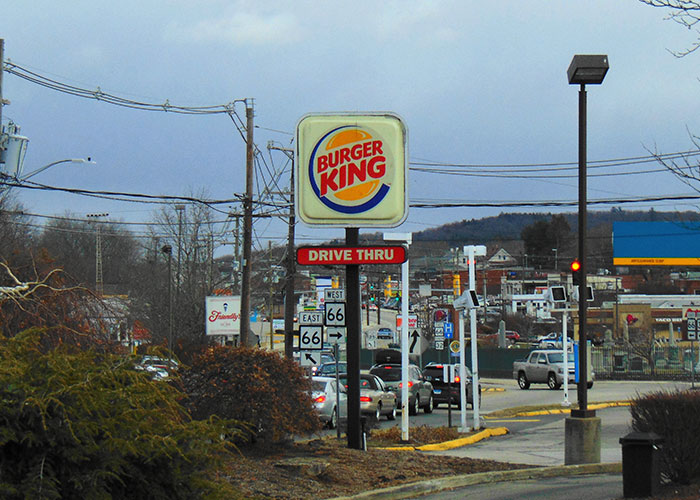 Kevin Ford, a Burger King employee, went viral in June for sharing the little makeshift gift bag he received from his colleagues to celebrate his 27 years of service.

Not one day missed of scheduled work at the restaurant located in Las Vegas’ McCarran International Airport, and all he had to show for it was a transparent bag with a reusable Starbucks cup, two pens, a single movie ticket, and some cheap candy.

“I’m happy about anything, I’m thankful for anything I get, I’m not that type of person, believe me. I’ve been through a lot,” Kevin told TMZ, adding: “It’s a great company, you know, I’ve been there 27 years. But, like most big corporations, they’ve kind of lost touch with their workers, and through Covid and whatever, they started cutting out programs.”

Bored Panda shared his story and you can find the article here.

Kevin Ford put in 27 years of his life working loyally for the company, only for the managers to gift him an uninspired bag of cheap gifts 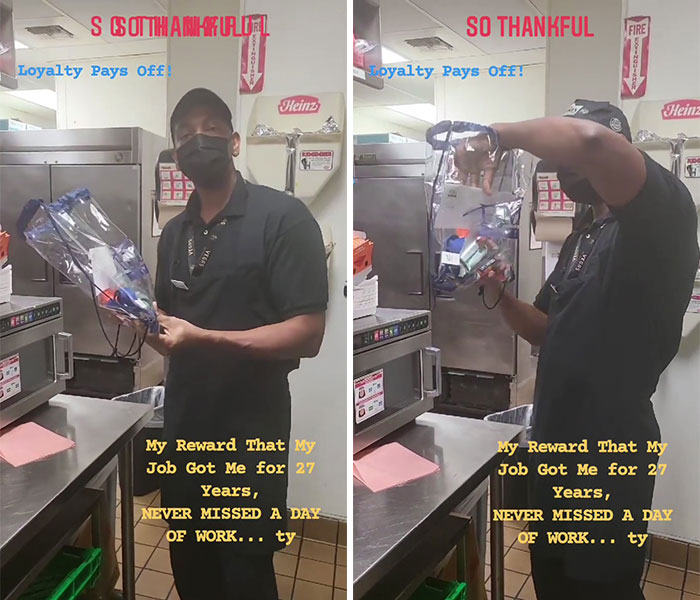 The fact that the fast-food chain didn’t reward his loyalty, paired with Kevin’s humble gratitude for the gifts that he did receive touched thousands of people, and they wanted to make a difference. On June 20, Kevin’s daughter Seryna Ford created a GoFundMe fundraiser to honor her dad’s dedication to his work.

The original goal was $200, which would allow Kevin to visit his grandchildren, but that goal was soon overpassed by an unforeseen act of kindness from thousands of strangers. At the time of writing, the GoFundMe stands at $328,701, with the goal growing more and more.

“Y’all shattered the original goal, so I increased it! Thank you! Thank you so much,” Seryna wrote. “I keep getting messages from y’all to increase the goal, I’m listening, just been a little busy running around!”

A reusable Starbucks cup, two pens, a single movie ticket, and some cheap candy was all he had to show for decades of loyalty, but Kevin was grateful regardless 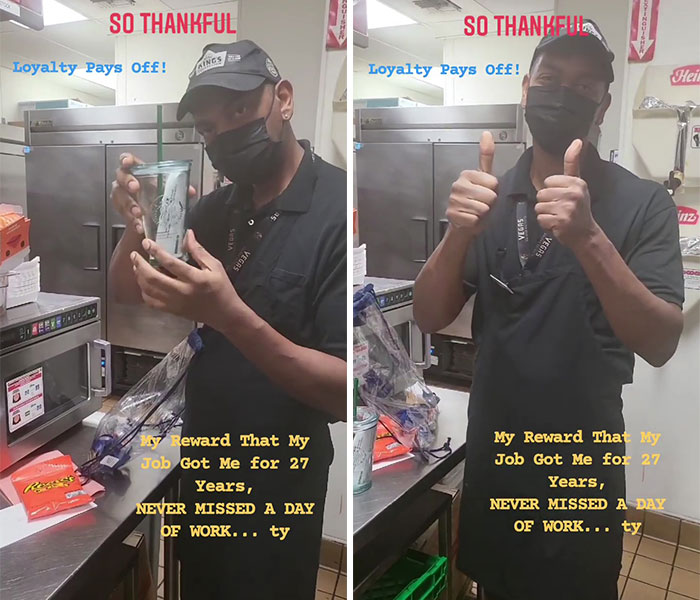 The biggest surprise for Ford came from actor and comedian David Spade, who donated $5,000 to the fundraiser and commented, “Keep up the good work,” to which Ford replied, “I love you my brother! Much love and God bless…I think I might be able to take a day off.”

Seryna told her dad’s story in the description, stating that he originally began working at this job as a single father when he gained custody of her and her older sister 27 years ago.

“Then as our family grew and he remarried, he continued to work there because of the amazing health insurance that was provided through this employer because it was unionized. This got all four of his daughters through high school and college with full healthcare coverage,” she said.

After the video of him receiving the gift went viral, his daughter Seryna Ford set up a GoFundMe page to raise enough to fund a trip to see his grandkids 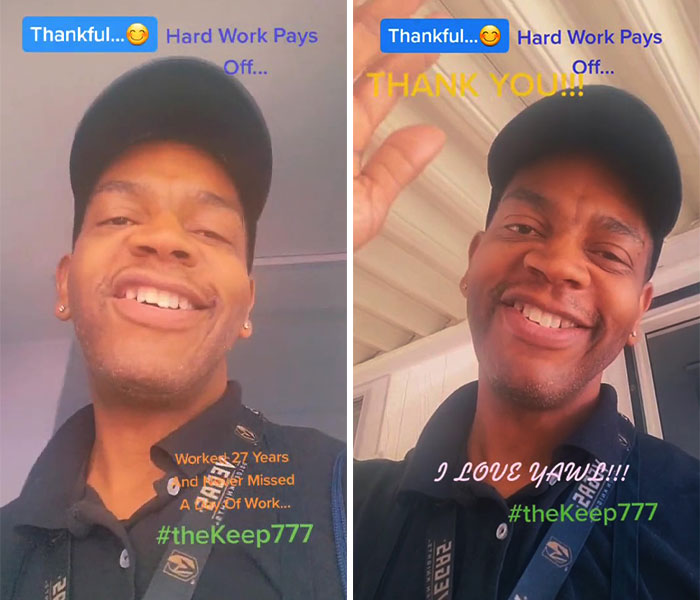 “My dad continues to work there, because, though he does look young, he is coming up on retirement age and leaving would cost him his retirement,” she went on. “In no way are we asking for money or is he expecting any money, but if anyone feels like blessing him, he would love to visit his grandchildren.”

The support has been overwhelming, and Kevin has since posted a few videos both on TikTok and Instagram, expressing his gratitude and love for everyone involved. “I’m headed off again to another day of work, but I love y’all and I gotta get outta here before I start crying. This really means so much to me, God bless!” he said in one video.

“I appreciate everything that you’ve done. Now I’ll be able to take some time and go see my grandkids, spend some time with them. You guys… It’s just so beautiful,” Kevin expressed in another.

Kevin told TMZ at the very beginning of the fundraiser, when the amount had reached $5,000, that he’d like to use the money to buy a new car and visit his family in Texas. But a surprise reunion with his daughter and grandchildren was awaiting him, as he was invited onto the Today show to talk about the outpouring of support and the show gave him the biggest surprise of all. The blessings just seem to keep coming.

“This really means so much to me, God bless!” The support has been overwhelming and the funds will allow him to buy a car and take time off to be with his family 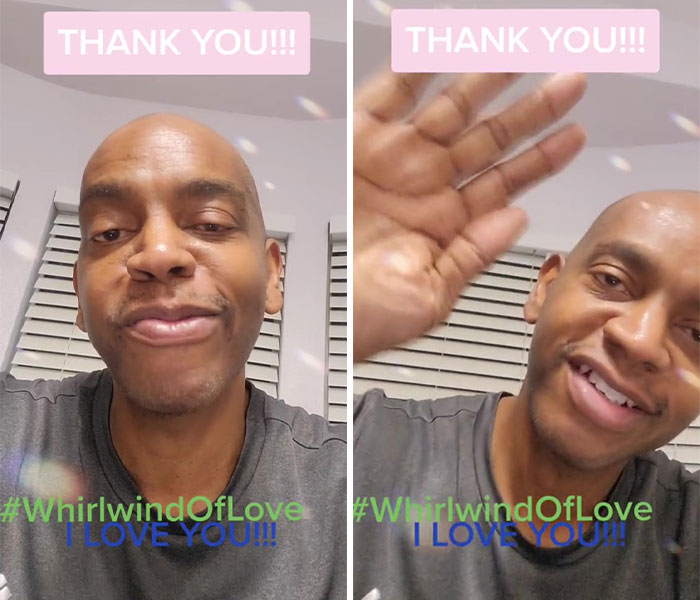 A spokesperson for Burger King has since responded to Kevin’s story, explaining: “This video depicts a Team Member in receipt of a peer-to-peer reward in recognition of a short-term positive performance/experience. The franchisee offers its Team Members a robust employee recognition program, which includes the recognition of tenure milestones and monetary awards,” they added per TMZ.

The cook and cashier has been receiving job offers from left and right. Because truly, who wouldn’t want a dedicated humble employee? Kevin told TMZ that an offer came from a company that restores classic cars, but he passed on it, saying it’s not really his thing. One job came all the way from Charleston, SC, where a manager at a restaurant told him it would be an honor to work beside him, but Kevin declined once again.

There is one thing Kevin would leave BK behind for – his dream of making music. At the moment, the dream is only beginning, but if you’d like to have a listen to what Kevin has been working on, here is a link to SoundCloud. 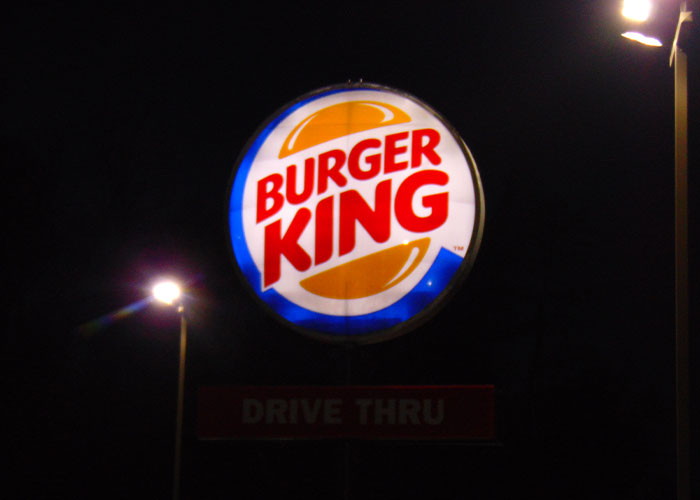 Although this is an inspiring story of a community coming together to honor a person who’d spent a good half of his life working for a corporation that didn’t seem to care too much, it’s hard to not see the bigger picture.

CNBC reports that with inflation at 40-year highs, workers across all income levels are having a harder time making ends meet. As of May, 58% of Americans – roughly 150 million adults – live paycheck to paycheck, according to a new LendingClub report. They continue to say that when wages rise at a slower pace than inflation, paychecks won’t stretch as far at the grocery store or the gas pump, making it more difficult to cover monthly expenses and set some money aside.

Investopedia advises that having a monthly spending budget, scrutinizing bills to see where you might be spending money you don’t have to spend, paying down credit card debts and doing proper maintenance on your home to avoid expensive problems down the road, could help manage money in an economic recession. Although this is fine in theory, practice sometimes is more hard-hitting and very situational.

Kevin continues to work at Burger King, but retirement is just round the corner. We can’t wait to see where life will take him next 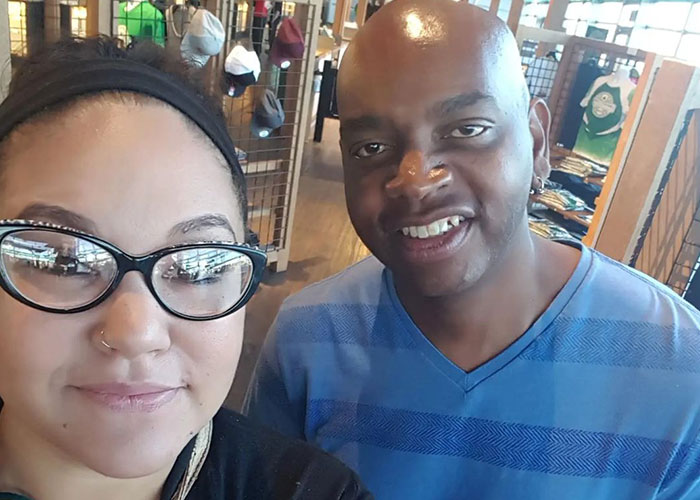 We’re happy to see that at least one person got the appreciation he deserved, albeit not from the company itself (as far as we know) but from the people who empathized with his story. Looking to the future, we hope that employers will stop resting on their laurels and start working towards rewarding loyal employees.

Let us know what you thought of the story and I shall see you in the next one!

People have loved this inspiring story but have noted the unjust treatment of loyal workers. Leave us your thoughts in the comments

The post “Much Love And God Bless”: Burger King Employee Who Went Viral After Sharing ‘Goodie Bag’ Received After 27 Years Of Work Gets Over 0,000 In Donations first appeared on Bored Panda.