Pregnancy can be one of the most anticipated moments in one’s life. Once the news breaks, the count of 9 months begins. Around that period, the future parents tend to plan out their doctor visits, baby showers, the season of birth, so as to be prepared with clothes for warmer or colder weather. But sometimes babies sitting in the warmth of their mother’s bellies decide they’ve had enough and that they want a taste of real life, way before they were expected to do so.

Someone should tell these kids that the real world ain’t all that wondrous compared to belly joys, but regardless, premature birth is a stressful time for all involved. Questions of whether the baby will make it start to become more prominent, with each day bringing both hope and angst. But this little champion, after a grueling 460 days at the hospital, was finally given the ‘all clear’ to go home. Let’s get into the story.

This beautiful little boy, named Kendall, decided to experience the real world 12 weeks earlier than he should have 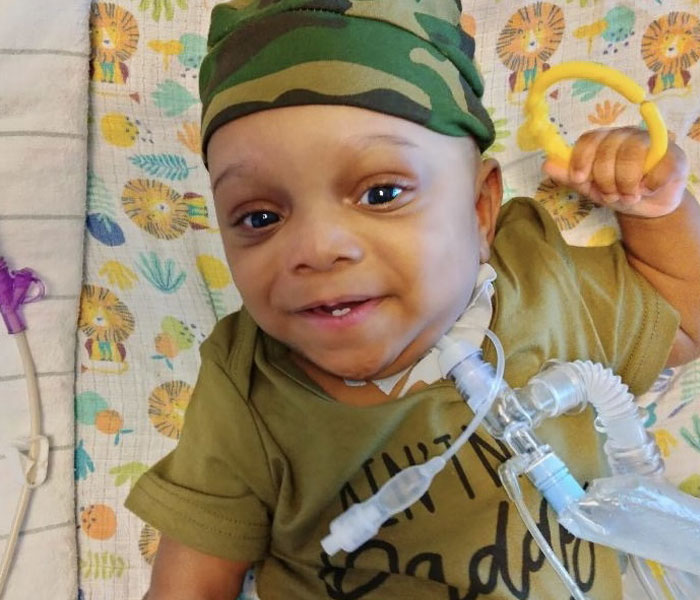 At 25 weeks old, he spent the first year of his life in a neonatal intensive care unit (NICU) at Ascension St. Vincent Women’s Hospital in Indianapolis, Indiana, before finally being cleared for discharge on March 16, 2022. It’s been a very tough journey for him and his parents, Sparkle and Keith.

Sparkle, the boy’s mom, aged 41, gave birth to her fourth child via emergency cesarean section as a result of her high blood pressure, complicated by the fact that she also has diabetes and only one kidney. The child weighed only 15 ounces, or around 424 grams, and he was said to be small enough to fit in the palm of a hand.

His mom gave birth via C-section due to complications, leaving the child at a 50-50 chance of survival 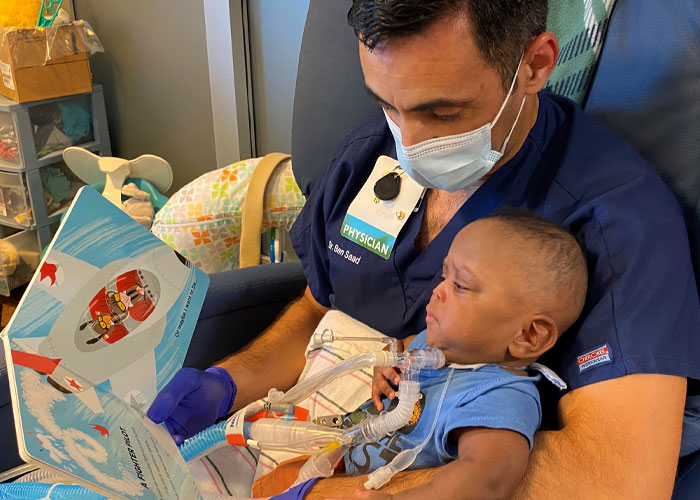 At 25 weeks, according to the American College of Obstetricians and Gynecologists (ACOG), the baby is considered extremely preterm.

Neonatologist Dr. Taha Ben Saad told Good Morning America (GMA) that based on his weight, national and international data, “his chance to survive was around like 50 to 60%.”

He went on to explain that survival meant the very baselines of life, excluding any potential complications or long-term issues, but apparently, the boy “actually beat some odds,” as expressed by the doctor.

A tracheostomy was performed and the boy had to be put on a ventilator, as well as having to be given a gastrostomy tube, but he kept on fighting 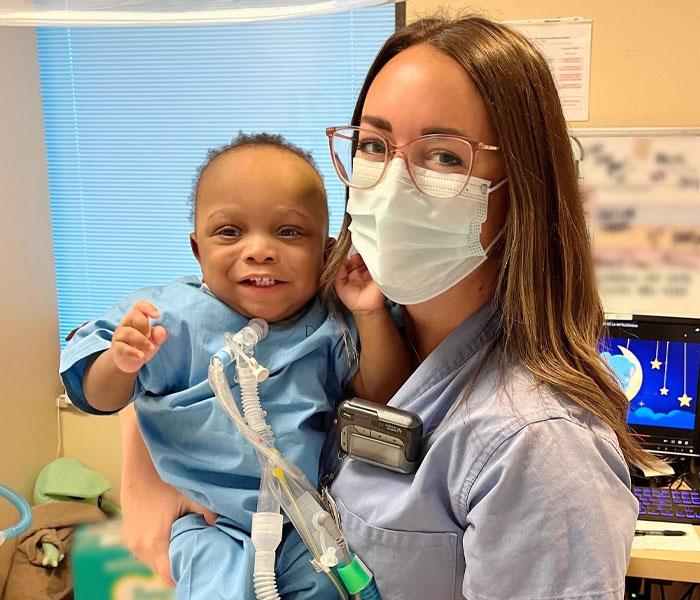 That did not reassure the mother, as she told GMA how scared she was that her baby wasn’t going to make it. At the very beginning, the boy was suffering from respiratory distress syndrome and, with underdeveloped lungs, he had to have surgery.

A tracheostomy was performed, which allowed for a breathing tube to be placed directly into the windpipe and, subsequently, he was put on a ventilator. Later on, he had to be given a gastrostomy tube for feeding, as he was having trouble eating.

Another blow came when his mom caught COVID-19, putting her in a coma and needing a ventilator like her son 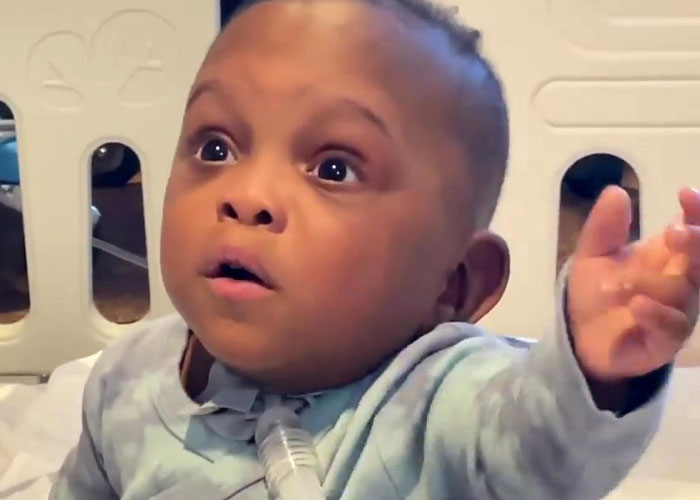 Eight months into Kendall’s treatment, another blow came to the family as his mother contracted COVID-19 and checked herself into the same hospital. She recalled the inability to breathe and then, like her son, she had to get a tracheostomy and be put on a ventilator.

Sparkle told GMA that “COVID almost took me out. From August to October, I was in a coma. And then in the hospital till almost December.” She was in the intensive care unit for two months.

The doctor recalled being incredibly worried for the mother, fearing for her survival as much as her child’s.

Sparkle was incredibly grateful to him and the whole team of nurses that took great care of them both, but also credited her husband, who stuck with her through it all, staying by her side.

Two months later, the mother woke up. She needed a few months in intensive care, but once she got her strength back, she went right back to her baby 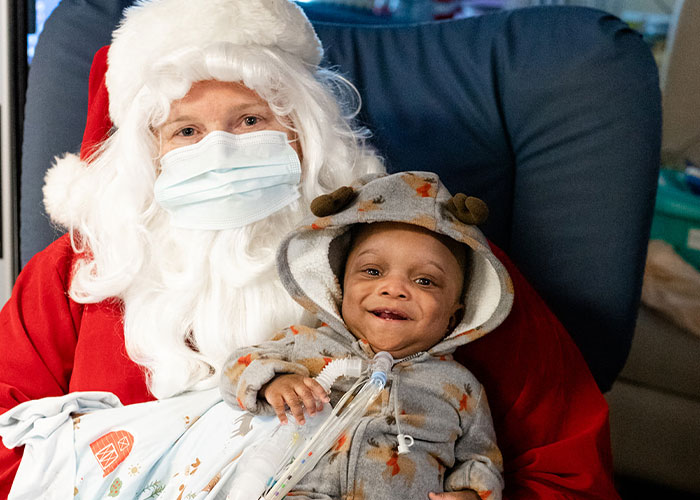 Once the boy’s mom awoke from the coma, she was in the intensive care unit for two months, working hard to rebuild her strength. Doctors were incredibly impressed with her efforts, but she could only say that for her baby, she’d even do a flip.

Sparkle finally got to see her baby in December 2021, fearing that the boy would have forgotten her as they’d been separated for so long. But no, Kendall looked at her during the whole time they were together. “It was the best feeling in the world,” said the mom.

After 460 days in the NICU, at 15 months old, the boy and his mom were finally discharged to go home, making it the best day of their lives 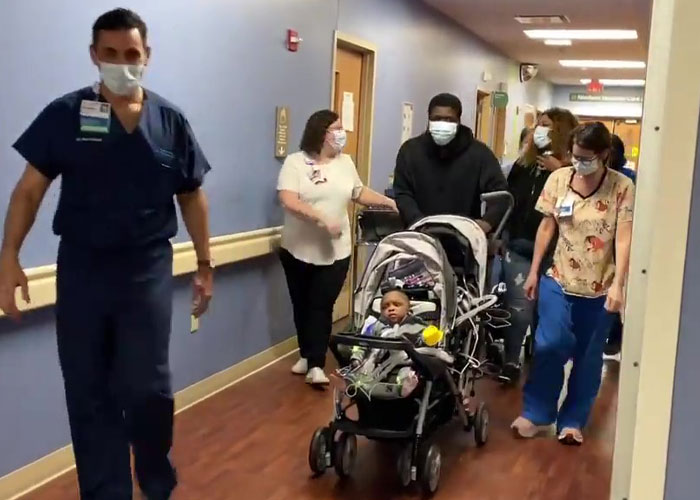 After 460 days and at 15 months old, the boy was finally strong enough to be discharged. Throughout his stay, Kendall reached a lot of firsts, from his very first tooth to learning how to sit and crawl.

Hospital staff gave their former patient a beautiful send-off, lining the halls and applauding the boy as he was taken out of the hospital in a stroller by his parents.

His mother recalls the day as the best in her life and she told GMA: “I was just like, ‘Oh, my baby really made it. Oh, we’re coming home. Oh, Lord. Thank you. I prayed. I cried. I was happy. I was sad. I was everything but I was ready for my baby to come home.”

The hospital staff gave them a grand goodbye, lining the pathway with ribbons and applauding the family 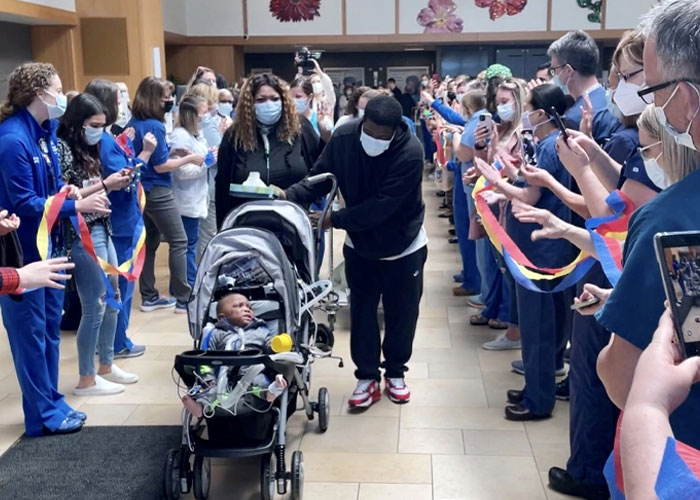 Today Kendall is doing well, happy to be part of his fantastic family and we hope them all the best in the future 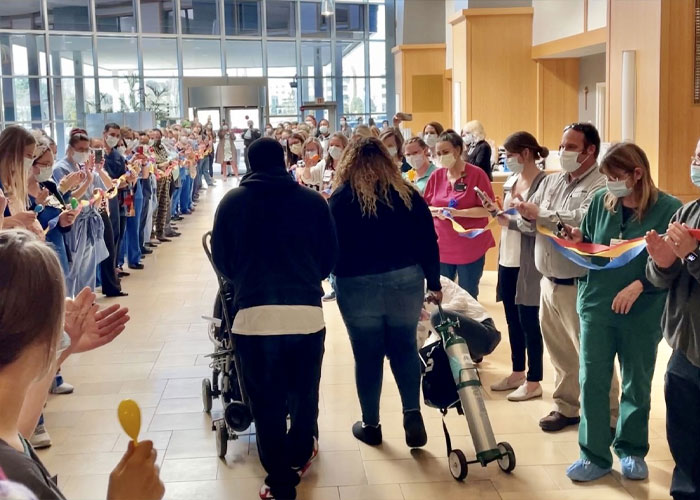 Today, the boy is said to be a true bundle of joy and personality, loving the attention. His mom will remember this time and, when he’s older, tell him how much of a fighter he was and how she did and would always fight for him.

We wish young Kendall and his family a beautiful life filled with joy, happiness and ease. Throughout many bumps on this road, they are finally able to be together and enjoy each other.

Leave a comment telling us what you thought of the story! Have you had or know of someone who’s had a similar experience? Otherwise, I shall leave you with wishes to have a lovely day!

People have sent love and good wishes for the baby and his family. Let us know your thoughts!

The post “My Baby Really Made It!”: Mother Rejoices As Her Premature Baby Is Finally Discharged From Hospital After 460 Days In NICU first appeared on Bored Panda.