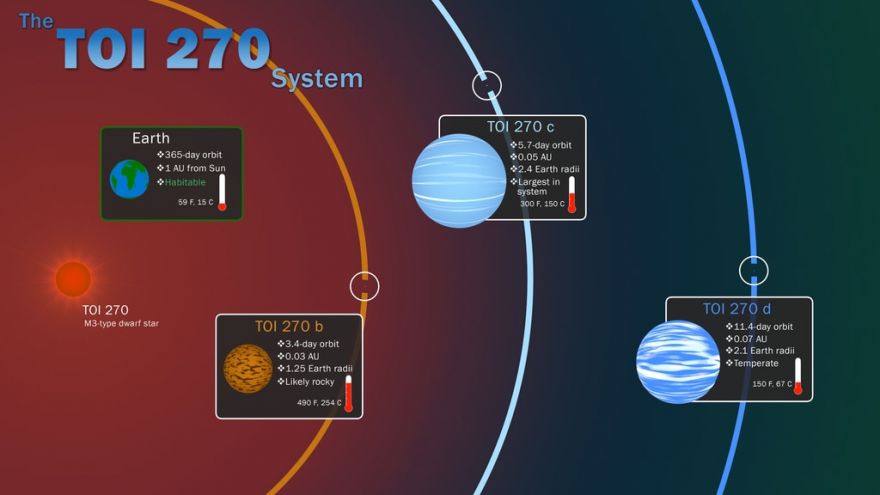 NASA is making a lot of headway in terms of discovering new exoplanets every day and with each new step, the more we are able to find other possible habitable planets in space. Using the Transiting Exoplanet Survey Satellite (TESS), NASA was able to detect three new exoplanets just 73 lightyears away.

All three orbit a faint, cool star called TOI (TESS Object Of Interest) 270, about 73 light years away in the constellation Pictor. The three planets are named TOI 270 b, c, and d, from innermost to outermost planet, following convention.

TOI 270 is an M-type dwarf star that’s about 40% smaller than our Sun in both mass and size. It’s also about one-third cooler than the Sun. The three planets are temperate in planetary terms, but the planets are still pretty hot compared to Earth, because they’re close to their star.