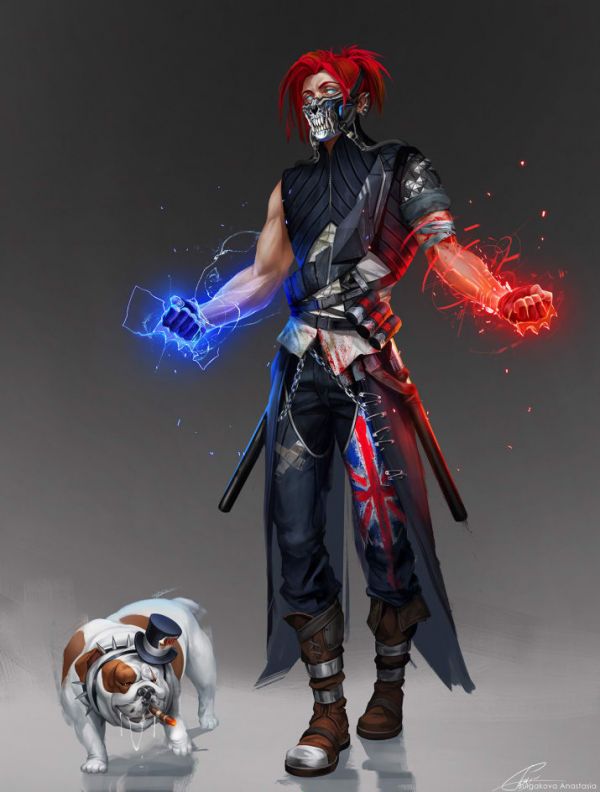 Russian artist Anastasia Bulgakova draws fantasy characters, including a series of countries in superhuman form. They are mostly warriors armed and armored with their international reputations, and a lot of symbolism. Above you see the UK as a futuristic super punk with his sidekick English bulldog. Germany gets a mech suit to show their pride in engineering. 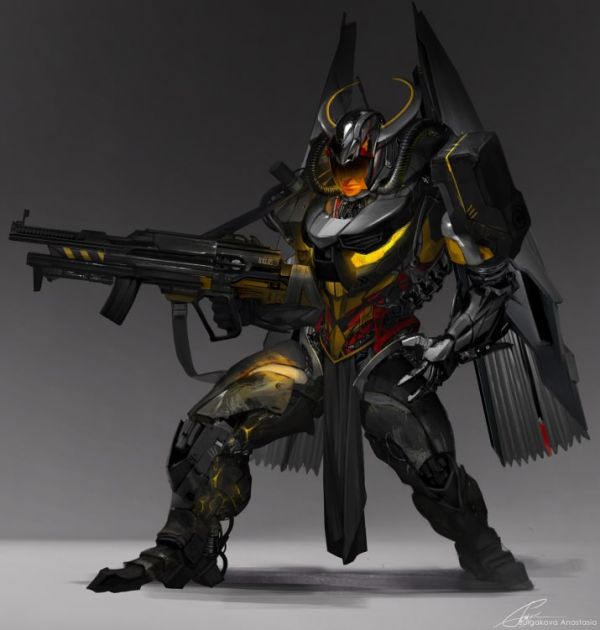 “I had this idea for quite a while, but maybe the whole recent political situation in the world has pushed me to actually do it,” Bulgakova told BuzzFeed. “I wanted to add some humor into the mix, to lighten up the mood of the real-world situations.”

As you can probably guess, the United States has a cowboy hat, way too many guns, and breast implants. My favorite in the series is Canada -or maybe France. See a selection from Bulgakova’s nation series at Buzzfeed and others at DeviantART.