Ah, Labor Day. A long weekend to celebrate the unofficial end to summer with picnics, barbecues, parades, and, of course, an extra day off. Behind the annual buzz lies a rich history of honoring American workers and their fight for fair working conditions. This holiday marks the contributions that employees — whether in offices, restaurants, or stores — have made to the nation and its society. But while many enjoy and commemorate this milestone with much-needed time off, not everyone joins in on the fun.

There’s a common misconception that a national holiday means everyone gets a well-deserved break. But in reality, nothing could be further from the truth. This myth has been at the center of a heated online debate after Redditor GoldenBull1994 reached out to the ‘AntiWork’ community with the very question: “Can someone tell me why I’m working on Labor Day?”

The user raised several points about the irony that the one day meant to celebrate workers doesn’t actually respect labor. Immediately, the post caused quite a stir on the platform, prompting people to jump at the chance to share their opinions on the matter. Scroll down to read the post in full, as well as the reactions that followed, and be sure to weigh in on the discussion in the comments!

After being forced to work on Labor Day, an employee sparked an online debate after claiming this holiday doesn’t seem to celebrate working people anymore 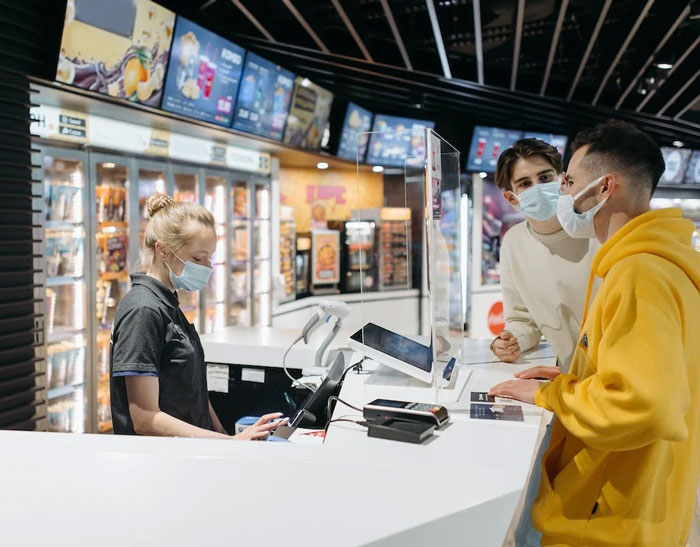 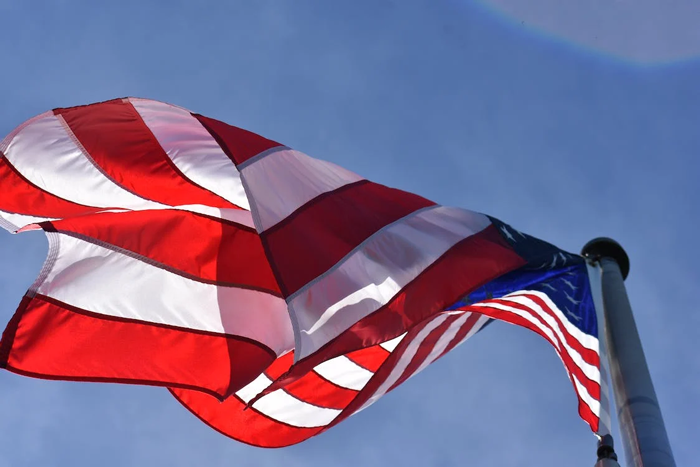 According to the US Department of Labor, Labor Day was first started unofficially by labor activists and individual states who set out to fight for specific improvements in their working conditions in the late 1800s. Even with the looming threat of being fired for participating in the events, workers aimed to get recognition for the many contributions they have made to the strength, prosperity, and well-being of the US.

Well, from the deluge of comments and reactions the post in question received, Labor Day seems to have lost its spirit. For those who work diligently to keep everyone safe, powered, connected, and taken care of, there is no such thing as a holiday. Many employees across the country, particularly service workers, feel sick and tired of being left behind as people celebrate this day honoring workers. So no wonder they see the irony that some of our hardest-working Americans are still required to continue their duties on Labor Day.

But who exactly punched in this past Monday? A 2015 nationwide Bloomberg BNA survey revealed that 97% of employers gave a paid day off to most employees, whether they’re full- or part-time workers. However, over two-in-five, or 41%, of those businesses said they still required some staff members to work on the holiday. “Our research indicates that once again the preponderance of employers will provide a paid day off on Labor Day,” Tony Harris, managing editor of HR publications at Bloomberg BNA, said. “However, not everyone will enjoy a labor-free holiday as security and public safety personnel will be among those going to work.”

Those most likely to work are technical and security workers. Moreover, 13% of the employers surveyed had professional employees working on Labor Day, 11% had managers or supervisors reporting to work, and 10% had service, maintenance, sales, and customer service personnel on the clock.

But even when Labor Day is proclaimed an official holiday, this doesn’t mean much. See, there is no labor law mandating private companies and even some government agencies to give this or any other day off. Plus, employers who choose to give workers the day off are not required to pay them for the day. As the U.S. Department of Labor states, “The Fair Labor Standards Act (FLSA) does not require payment for time not worked, such as vacations or holidays (federal or otherwise). These benefits are generally a matter of agreement between an employer and an employee (or the employee’s representative).”

Bored Panda would love to hear your thoughts on this matter down below. Have you ever had to work on Labor Day? Do you agree that service workers should not be forced to come in on this holiday? Feel free to share your thoughts with us in the comments!

The post deeply resonated with many readers, here’s what they had to say 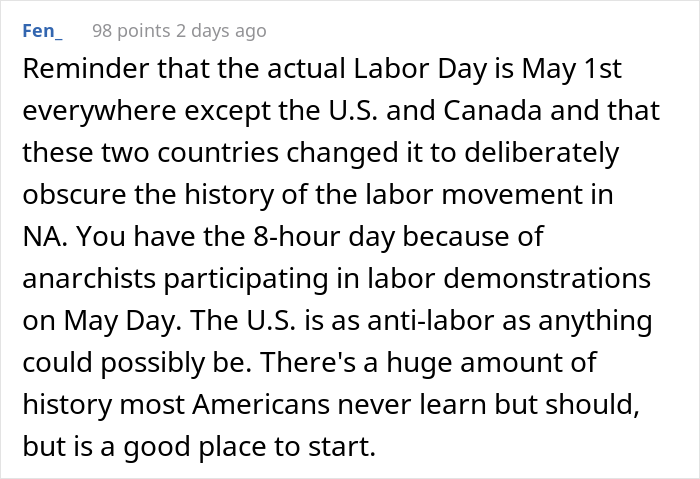 The post “No One Sees The Irony!”: Employee Sparks Debate After Claiming Service Workers Should Be The Last People Forced To Work On Labor Day first appeared on Bored Panda.