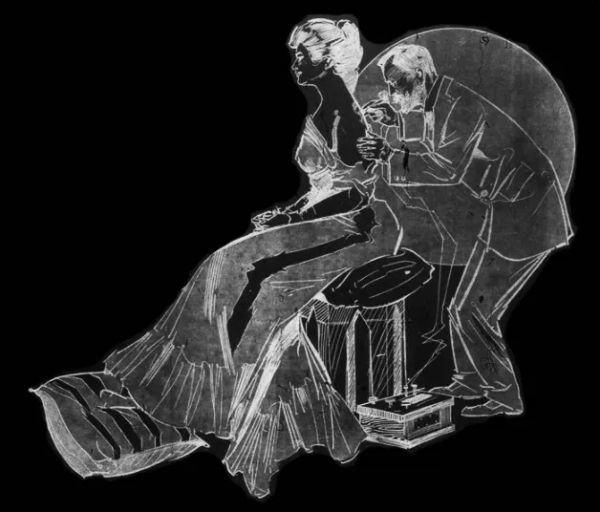 Tattoos have been around for thousands of years, and the easier they become, the more people get them. In 1891, Samuel O’Reilly patented an electric tattoo machine, which led to a sharp rise in the popularity of tattoos. Soon they were flourishing on the bodies of London’s upper crust. A 1907 article from The Washington Times featured an interview with a tattoo artist referred to only as South, who told tales of the kinds of tattoos he’d been doing in London. Some of his clients just wanted a nice body decoration, but others found practical uses for the ink.

Another woman, fearing the last will and testament of her husband, by which she was to inherit all his lands, tenements and other property, might be lost or destroyed by enemies, arranged with the decorative artist to reproduce the document on her back. The matter was placed in the hands of one of London’s foremost practitioners and the will was borrowed and loaned to the tattooist, in order that  he might copy the chyrography as well as the words of the testator. The document contained 500 words and several signatures and legal phrases showing it had been properly filed.

This was one of the most difficult tasks of the artist, and likewise the most painful ordeal through which any of his clients ever passed. It required a week for the document to be reproduced, and the woman was in great pain at the completion of the tattooist’s task, but now that the needle pricks have healed, the will can never be lost as long as the woman lives.

Parents tattooed their babies for identification, and old folks got inked to feel young again. Read more stories of London’s tattoo craze at Strange Ago. -via Strange Company