The one-legged men were pretty well with the bat, but they were rather beaten when it came to fielding. There was a horrible Holbeinish fun about the way they stumped, trotted, and jolted after the ball. A converging rank of crutches and wooden legs tore down upon the ball from all sides; while the one-armed men, wagging their hooks and stumps, rushed madly from wicket to wicket, fast for a "oner", faster for "a twoer". 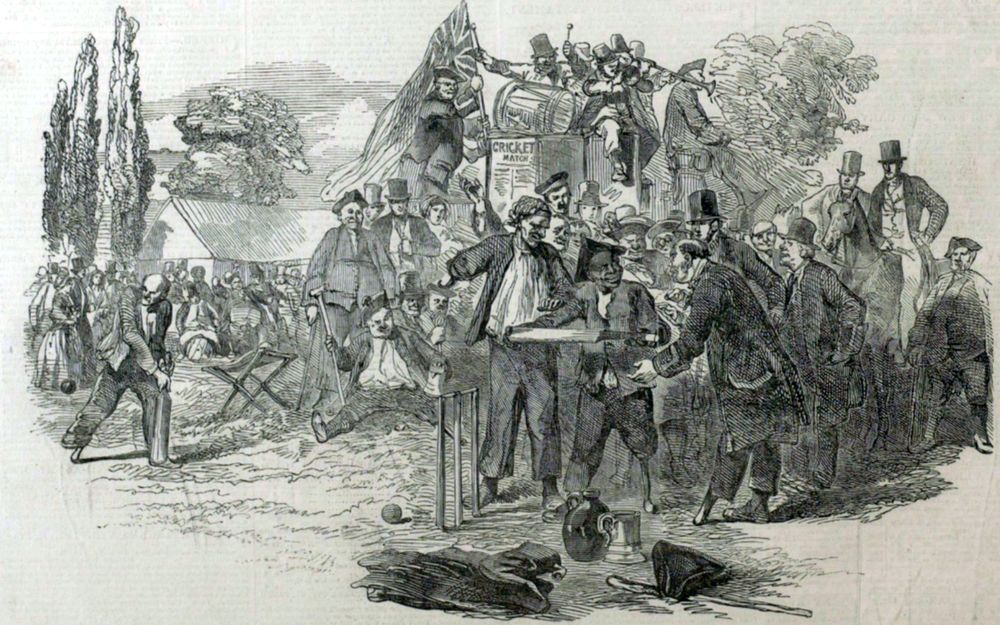