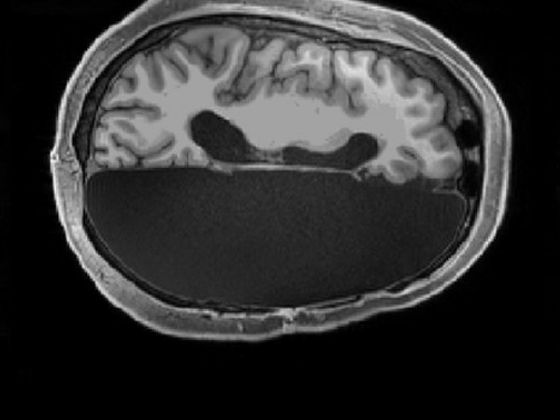 It’s a frightening idea: to have half of one’s brain removed on purpose. But this surgery, called a hemispherectomy, is sometimes done in children who suffer from constant epileptic seizures, as a last-ditch effort when medication or other treatments don’t help. You would think that such traumatic surgery would leave the patient profoundly impaired. But the brain is an amazing organ.

In a new study in the journal Cell Reports, neuroscientists at Caltech describe an investigation of six of these rare patients that offers new insights into how human brains adapt to such extreme changes. The research team performed magnetic resonance imaging (MRI) scans on the patients, all of whom received the surgeries as children and now have relatively normal cognitive abilities. The patients’ scans were compared to those of healthy individuals.

The results showed that brain networks in the hemispherectomy patients—networks that control walking, talking, and other functions—were remarkably intact.

Read about these remarkable findings at Caltech. -via Boing Boing