A tenth of a second is all it takes for people to make an impression on a stranger from their face. So no wonder meeting your partner’s family for the first time is such a nerve-racking experience! Even if you play out different scenarios countless times in your head up until stepping through their front door, first-impression jitters are bound to go up and down your spine.

But as one recent story on the AITA subreddit shows, meeting your potential in-laws is a two-way street where unhinged behaviors seem to bubble their way to the surface. As the now-deleted user explains in the post that amassed 17.8k upvotes and 2.2k comments, things definitely didn’t go as planned when they went to visit the family for Canadian Thanksgiving.

“We were supposed to stay Sat, Sun and fly back afternoon Monday. I’m writing this Sun night already back in my own bed,” they detailed. It turns out that the family was acting weird from the get-go, but things took an unexpected turn after they were asked to chip in for their portion of the holiday meal. Unsure of how they handled the situation, the user turned to the internet for perspective. Read on below to find out what happened, as well as our interview with relationship coach and narcissism hacker Dr. Nathalie Martinek, and let us know what you think in the comments. 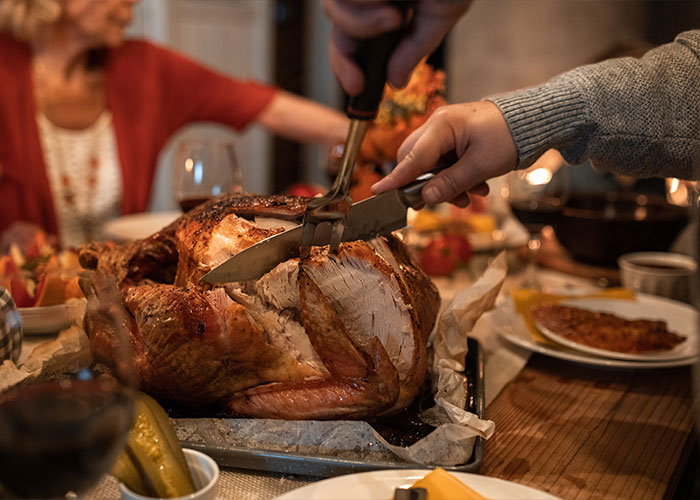 So they turned to the internet to ask if they overreacted 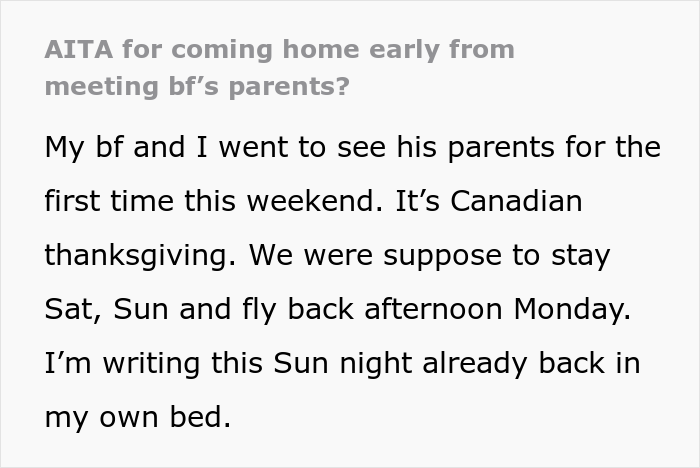 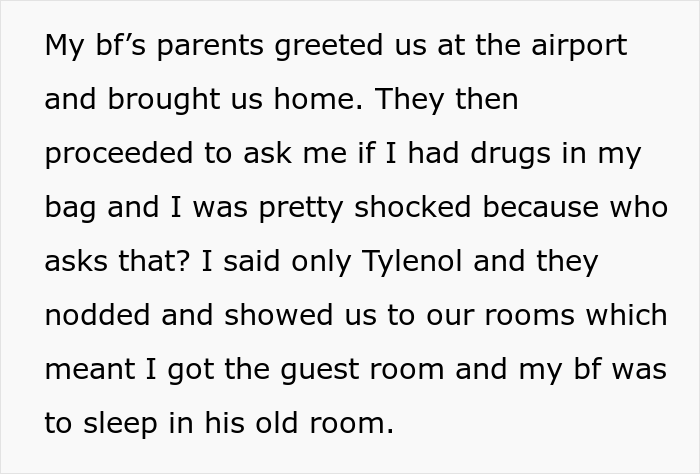 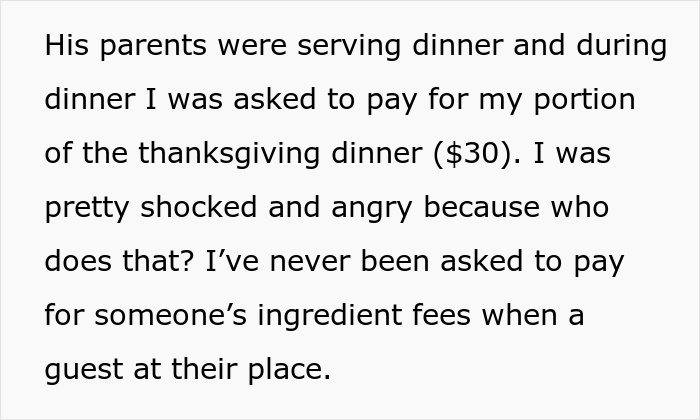 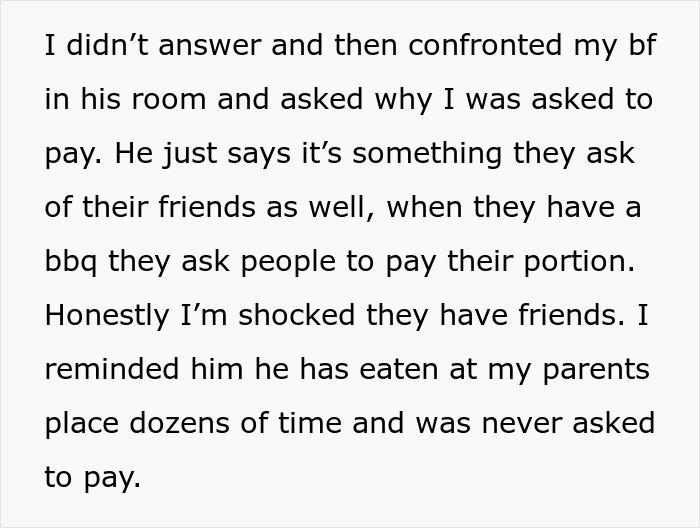 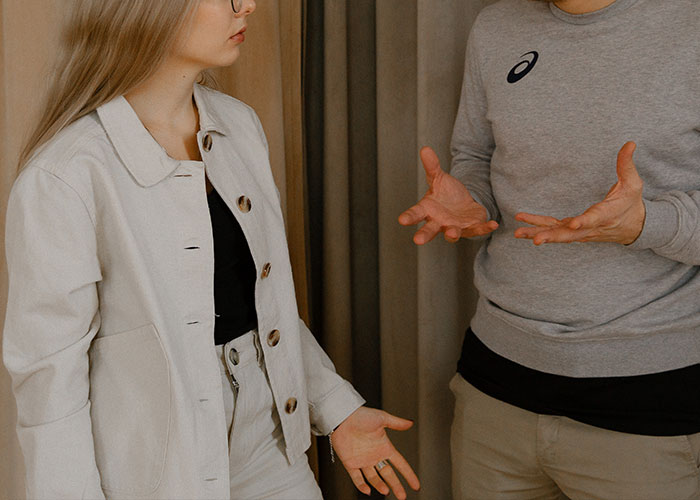 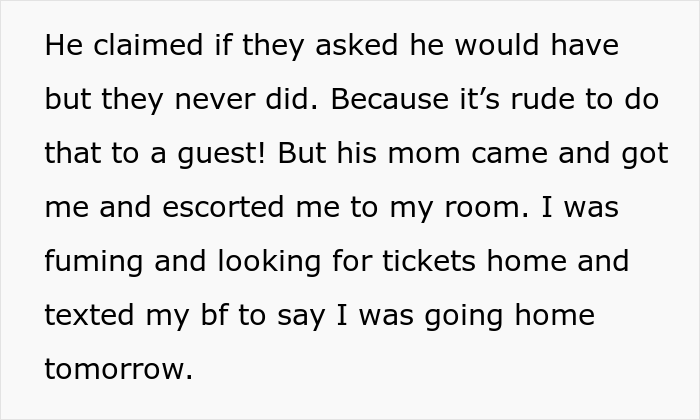 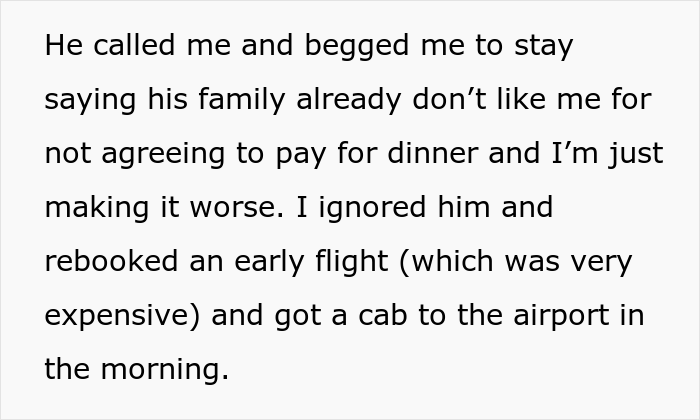 According to Dr. Nathalie Martinek, a narcissism hacker and relationship coach based in Melbourne, Australia, meeting a partner’s family for the first time is always a stressful experience. “There are many possibilities of what you will experience,” she told Bored Panda. “You’re the new person being introduced to an established family system, it’s normal to worry about being judged and deemed not good enough by their family.”

Unfortunately, your partner can intensify your worry by telling you something about their parents that paints them in a specific light. “You’ll be coming into the first encounter with pre-formed judgments,” Dr. Martinek explained.

There’s no way you can completely avoid the pre-meeting jitters, and let’s face it, you’re likely to be nervous. But some things that can help is to see yourself as good enough for your partner and remember that this encounter — which often feels like an audition — is a two-way street. Or, the coach said, “like you’re interviewing your partner’s family.”

Dr. Martinek pointed out that it’s easy to understand the wish for a great first impression because how we begin a relationship shapes how it proceeds. In fact, she said the first interaction already establishes an image that is hard to shift.

“Some families will put on a performance so that you can see how great they are only to discover over time how controlling and problematic they are in your relationship,” she continued. “Others will be themselves and you will already be able to determine if your values are aligned… or not.”

No matter the situation, your relationship with potential in-laws will be rocky from the start if you don’t share the same values. “If a family has already formed their opinion of you based on whatever their adult child told them and what they want to believe (ie. no one is good enough for my son/daughter!), if you don’t act according to what they expect, they won’t like you,” Dr. Martinek said.

The situation may reach a whole new level of complicated when your partner takes their side, just as the boyfriend in the AITA story. When this happens at the start of the relationship, Dr. Martinek offered one important piece of advice: “RUN!”

“The biggest red flag of a difficult relationship to come is your partner defending their family’s poor behavior. This shows you they haven’t become independent from their family and their need for approval from their family/parents,” the coach said, adding you will even be demonized if you challenge this codependent dynamic.

Moreover, children of controlling or abusive parents often can’t see this behavior clearly, and they “will likely protect them over protecting you, especially when the parents are being awful toward you.”

“There will always be drama because the parents will be working hard to convince your partner you’re not good enough and you’re the problem in the relationship,” Dr. Martinek continued.

Readers expressed their support for the author, calling out the family and their questionable behaviors 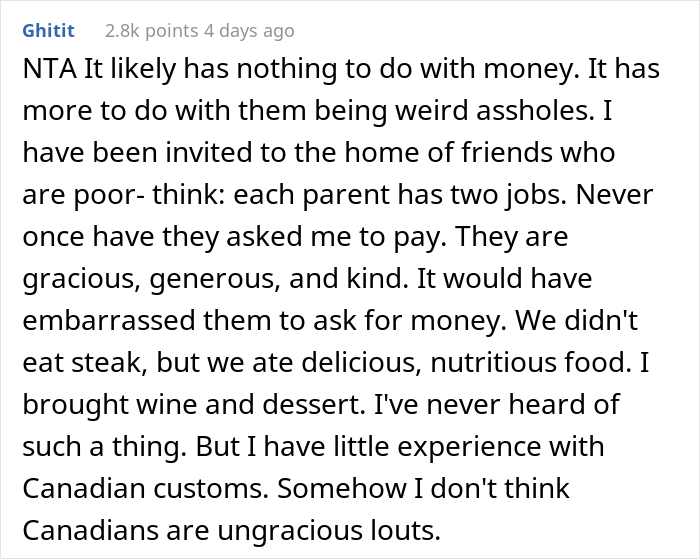 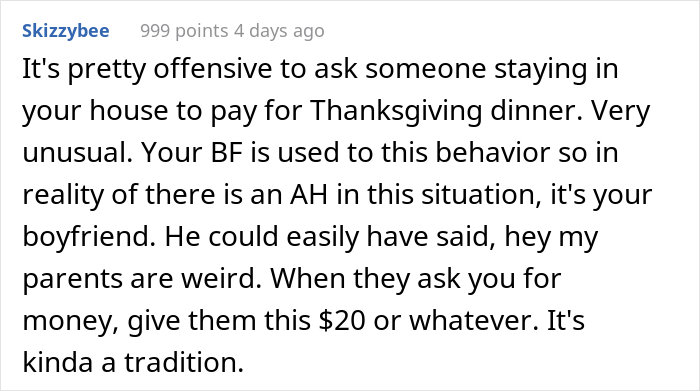 Even though first-time family meetings are notorious for turning into the least enjoyable relationship milestone, we still strive for things to go smoothly. Luckily, there are some steps you can take that make everything at least a little less stressful.

First, acknowledge that you’re entering an existing family system where your partner might play a specific role — and that it may be something you don’t get to see when you’re alone. “This gives you insight into whether the parent wants your partner to be truly independent or if you’re a replacement for one of your partner’s parents and playing out the parent’s role in your relationship with each other.”

Speaking of the latter, when you feel like you must put on a performance to gain their approval instead of being accepted for who you are, you’re setting unrealistic expectations you won’t be able to sustain long term, Dr. Martinek argued. “This will result in arguments and conflict when you fail to live up to the standards you created.”

“It also means you don’t feel safe being yourself because they’re acting in ways that make you really uncomfortable. If that’s the case, it will feel like torture spending longer periods of time with them in the future,” she added.

Another tip the relationship coach suggested is to have an honest conversation with your SO about what to expect — a bit of research can go a long way. A few things to consider: what they told them about you, how their family welcomes guests, what are their household rules, and what are their beliefs about relationships in their home.

“Get as much information up front BEFORE you agree to meet them,” Dr. Martinek advised. “If the person in the Reddit post knew that they would be sleeping in separate rooms, charged for Thanksgiving dinner and other unwelcome surprises, they would have likely declined and avoided the encounter altogether, and hopefully reflected on the future of the relationship with the partner.”

“Unfortunately, if you’re not welcomed by your partner’s family and their family is an important feature in their life, the relationship will be troubled and filled with drama. Life gives us enough drama and it’s really helpful to navigate life’s bumps with a partner who has the maturity to stand up to parents and have control over their own choices, instead of one who will bend to the will of their domineering, controlling and demanding parents,” Dr. Martinek concluded. 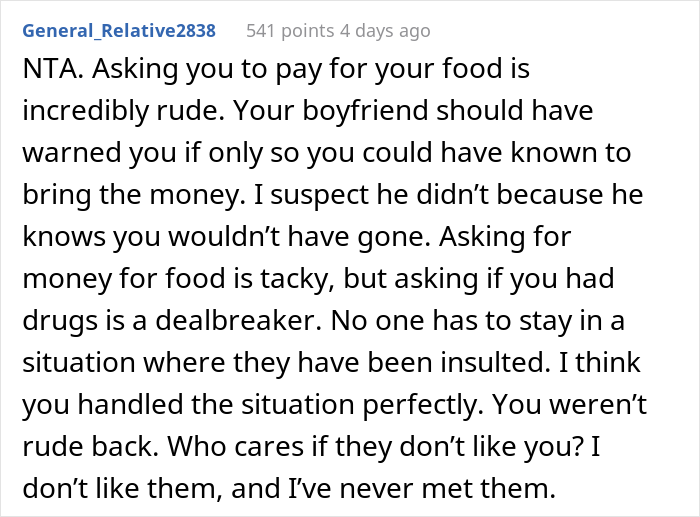 The post Person Nopes Out From Boyfriend’s Parents’ House After Meeting Them For The First Time, Causing Relationship Drama, Asks If They’re A Jerk first appeared on Bored Panda.