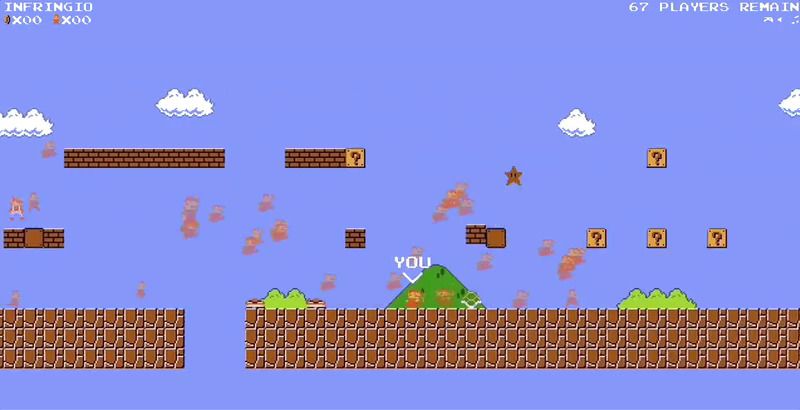 Mario is one of the most iconic video games of all time and it has inspired several iterations and spinoffs, as well as cameo appearances in various other games. But somebody took it one step further with Mario Royale (now named DMCA Royale, for IP reasons).

Mario Royale, which can currently be played in web browsers, is the creation of a YouTuber and programmer named InfernoPlus and pits 75 players against each other in a race through one world of Super Mario Bros. or The Lost Levels.

Players can’t directly interact with each other⁠—a Mario can’t stomp on another Mario⁠—but power-ups like fire flowers and invincibility stars do allow players to take each other out.

That’s not really the point, though; Mario Royale is a sort of collective race to the finish. Only the first three players to make it to the end of four levels will end up on the winner’s pedestal.

The real challenge is making sure your platforming skills are up to par and that you can avoid goombas and clear jumps amidst all the chaos.