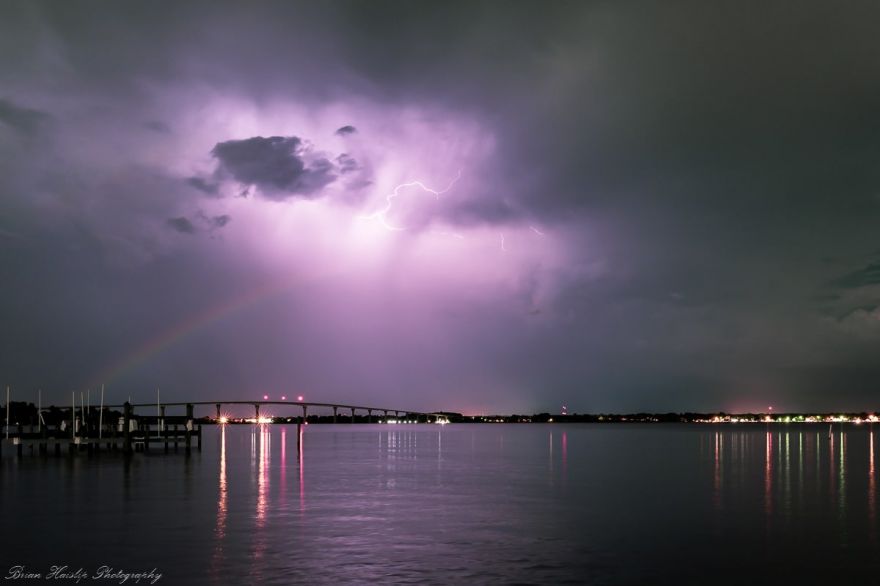 A moonbow is the rare nighttime counterpart of a rainbow. Photographer Brian Haislip was lucky enough to see and take a shot of a double moonbow as it seemed to entangle itself with a crash of lightning (an added bonus, if you ask me). The magical photos that he got are beautiful:

“This particular night,” he tells My Modern Met, “the lightning calmed down around 10 p.m. so I packed up and went back home to edit the lightning shots I got.” He heard more thunder in the distance around midnight. He was exhausted but as a self-proclaimed “storm addict,” he decided to grab his camera and head back to the same spot.

“The storm ended up not producing very much lightning, so I decided to call it a night,” Haislip recalls. “As I was getting ready to pick my camera up, I started seeing this crazy-looking white formation off in the distance, I had no idea what it was. At that time, the full moon peeked out from the remaining storm clouds, and all of a sudden this full double moonbow appeared. I was not prepared for something like that, which is why the double moonbow picture is out of focus… really threw me for a loop!” Once he realized what he had seen, he adjusted the settings on his camera and snapped as many shots as he could. “During that brief time, I was able to capture a few streaks of lightning coming out of the dissipating moonbow.”