In Star Wars, the Skywalker family are introduced as “moisture farmers.” On their desert planet, they somehow pull water out of the sky using towering metal structures, which sounds more sci-fi than placing buckets under in-window air conditioners. 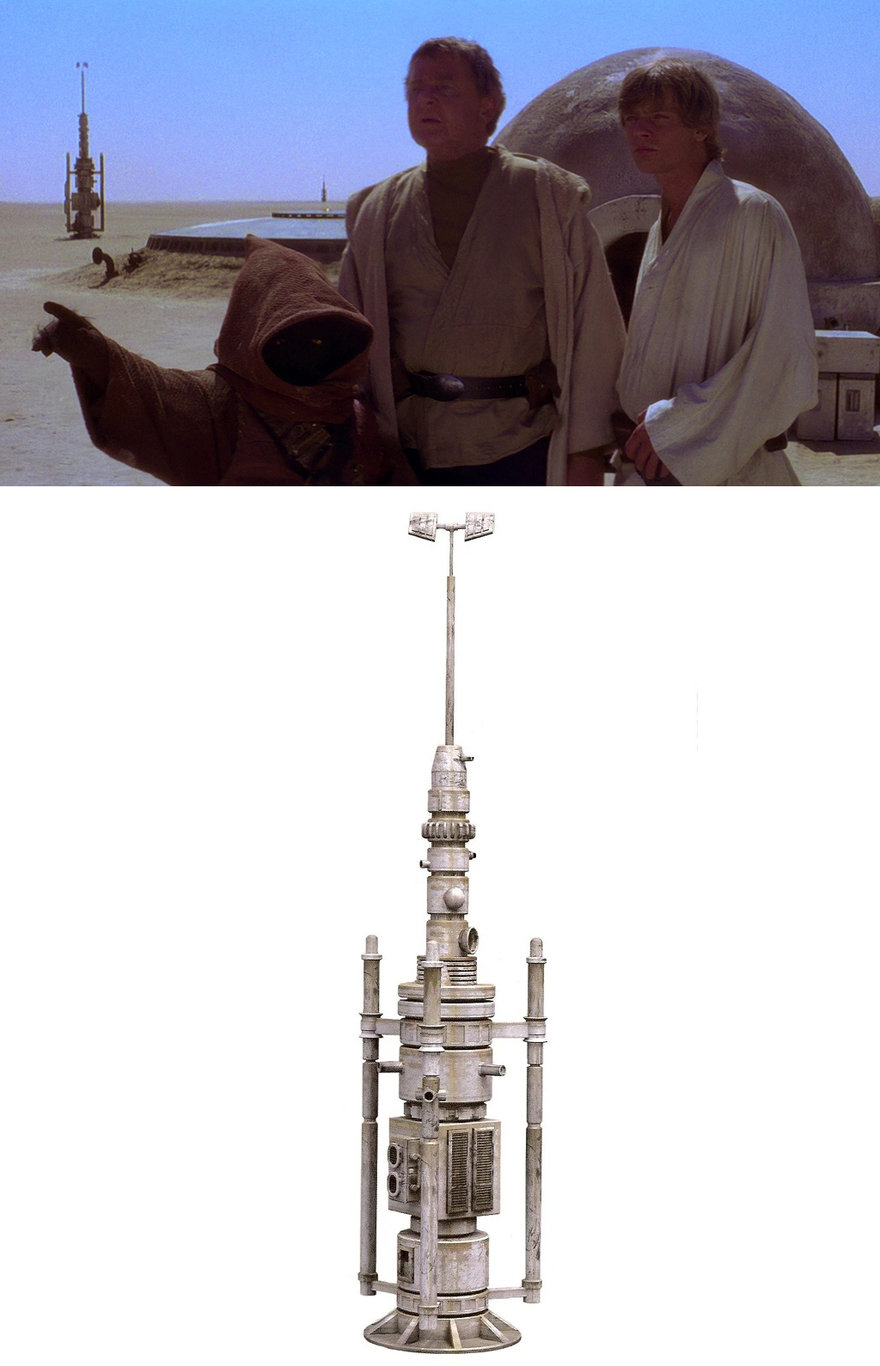 Researchers at UT Austin have developed a material that can actually produce water out of thin air, and it doesn’t involve any metal towers or drippy A/C units. Instead they’ve concocted a simple, low-cost gel—apparently something even you or I could make in our kitchen—with astonishing properties. When placed in an area with 30% relative humidity, 1kg of the stuff can produce 13 liters (3.4 gallons) of water a day. (For reference’s sake, Arizona and Nevada have average relative humidities around 38%.) Even when placed in a bone-dry climate of just 15% humidity, the gel can still generate 6 liters (1.6 gallons) daily. 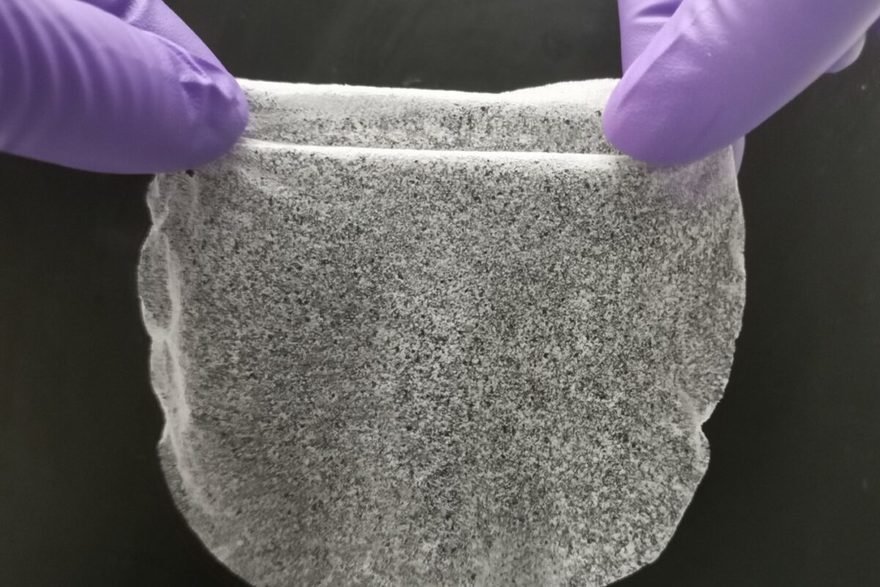 “This new work is about practical solutions that people can use to get water in the hottest, driest places on Earth,” said Guihua Yu, professor of materials science and mechanical engineering in the Cockrell School of Engineering’s Walker Department of Mechanical Engineering. “This could allow millions of people without consistent access to drinking water to have simple, water generating devices at home that they can easily operate.”

So how does it work? The gel, called SHPF (super hygroscopic polymer film) is made from just two ingredients: Konjac gum, a common food additive made from the root of the konjac plant, and cellulose, i.e. plant fiber. The konjac gum is what absorbs the water from the air. The cellulose has been somehow engineered to be thermo-responsive (details aren’t provided) and is hydrophobic, so they shed the water when heated.

Making the gel is apparently cheap–$2 yields enough material to produce 1kg—and straightforward: The two ingredients are mixed and poured into a mold, where they reportedly set in two minutes. The mold is then freeze-dried, after which it’s ready to use.

“This is not something you need an advanced degree to use,” said Youhong “Nancy” Guo, the lead author on the paper and a former doctoral student in Yu’s lab, now a postdoctoral researcher at the Massachusetts Institute of Technology. “It’s straightforward enough that anyone can make it at home if they have the materials.”

The research was funded by the U.S. Department of Defense’s Defense Advanced Research Projects Agency (DARPA), and drinking water for soldiers in arid climates is a big part of the project. However, the researchers also envision this as something that people could someday buy at a hardware store and use in their homes because of the simplicity. 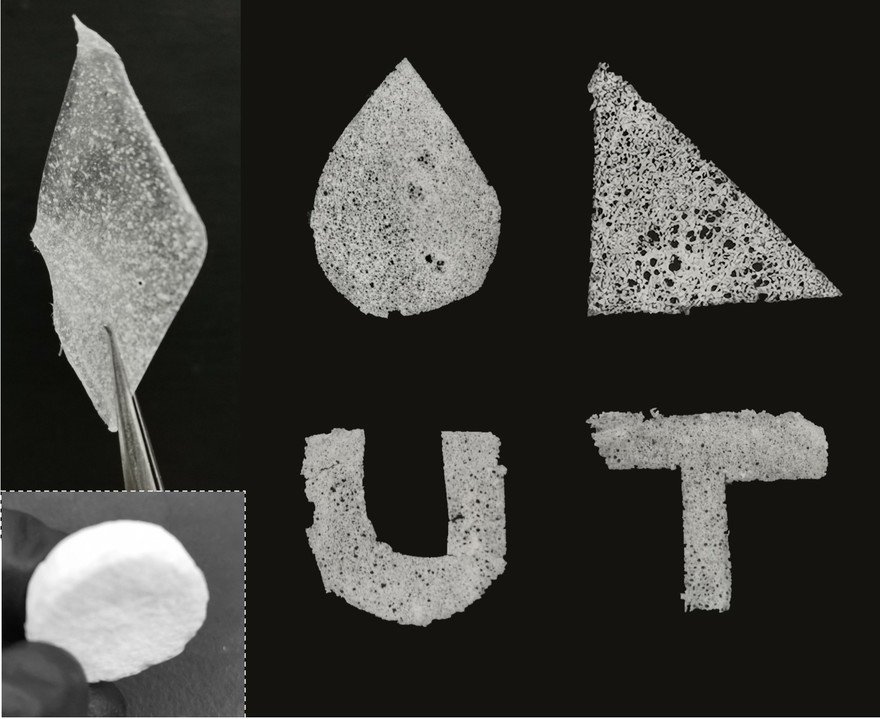 The gel can easily be cut into different shapes to suit whatever vessel or contraption it’s meant to inhabit. Which brings us to the next thing needed to realize this technology: Design. The lab-built equipment used to prove the technology looks like what you’d expect from a lab: 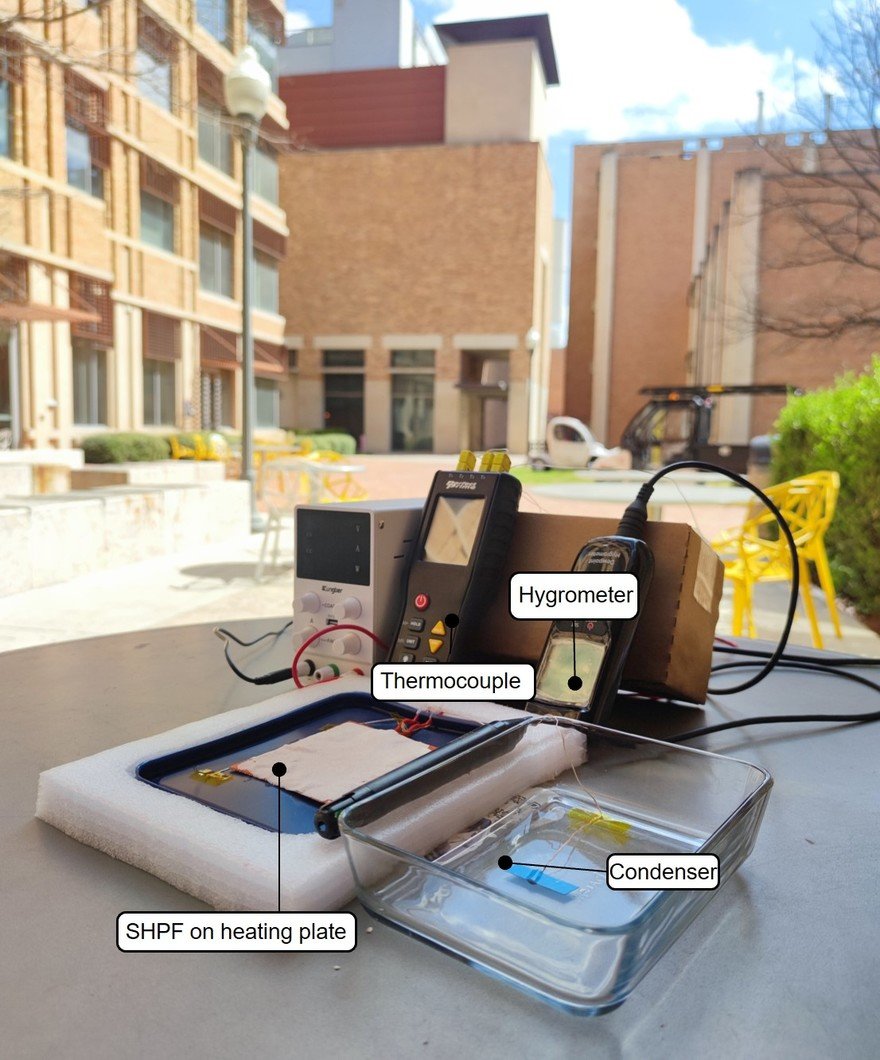 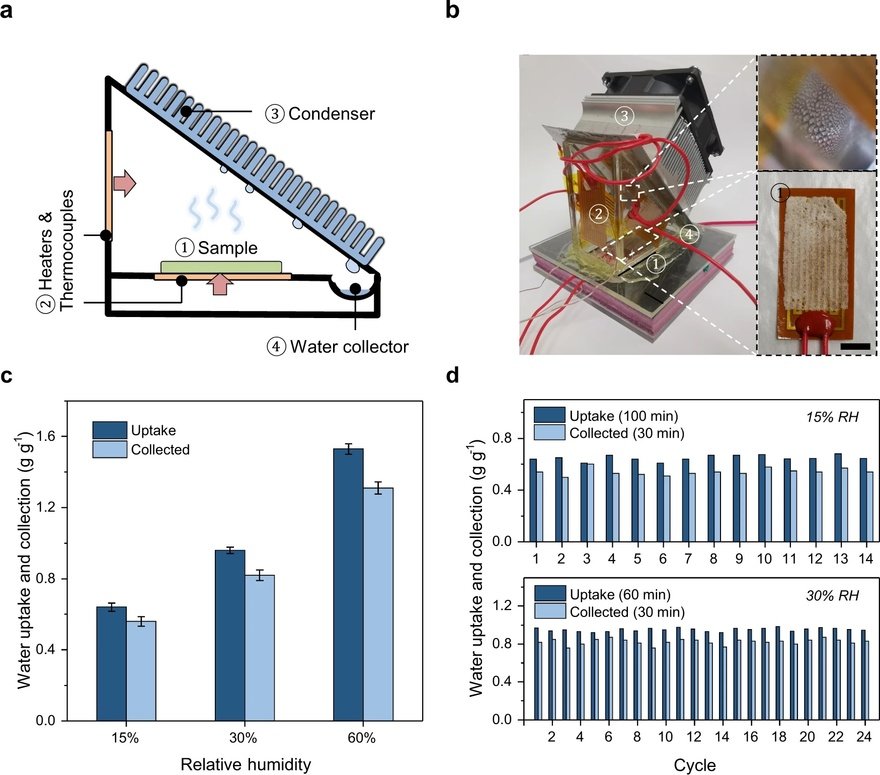 I think a good next step would be to pair with an Industrial Design program and have the students work on forms and UI/UX.