Some time ago, physical abuse was an acceptable punishment to give a child that was misbehaving. It was even applied in schools so not only parents could use this method of discipline.

Thank God someone figured that this wasn’t the best way and that it actually is a really really bad way to show your kids what is right and what is wrong as it leads to a myriad of problems that this child will have to deal with when they grow up.

Physical punishment isn’t that common and it’s not socially acceptable, even though there aren’t strict laws surrounding it. However, emotional abuse is still very much used by parents. They think they can get away with it because they are not hitting them, but this TikToker explains that it’s actually not a good option either.

Dad decides to discipline his daughter by making her smash her phone with a hammer, but a TikToker says it’s not okay 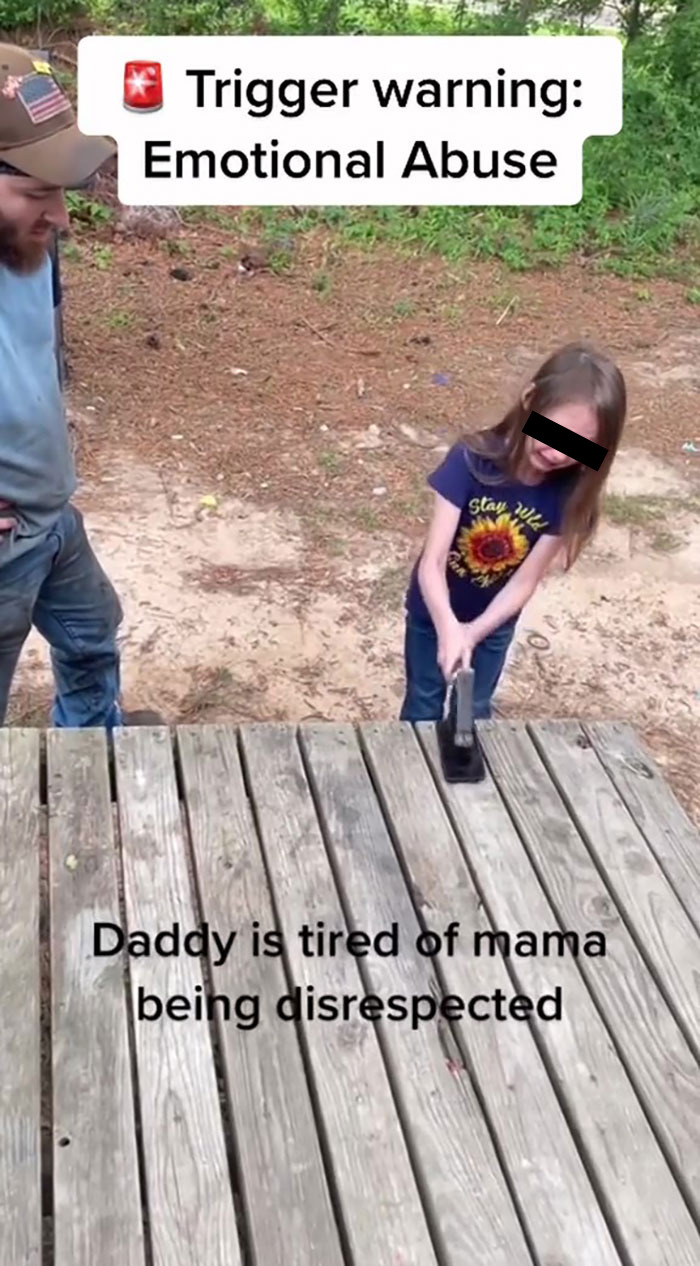 Jon Fogel, who is also known as wholeparent on TikTok, is “a dad, a pastor, and a nut for evidence-based non-trauma inducing parenting” as he introduces himself in his bio. He shares various videos giving advice to parents on how to solve common problems many people deal with when raising children.

He is reasonably popular on TikTok, having a following of 200k people and not too long ago, his video went viral with 5M views talking about emotional abuse.

That video begins with a stitch showing another parent punishing his daughter because he was tired of her being disrespectful towards her mom. His thought that a good way to show his daughter her behavior was unacceptable was to make her smash her phone with a hammer.

The girl is clearly in distress, she is crying, but the dad is telling her to hit the phone and do it harder. She is doing it through tears, but not everyone would think this is abuse as the dad is not physically touching her. 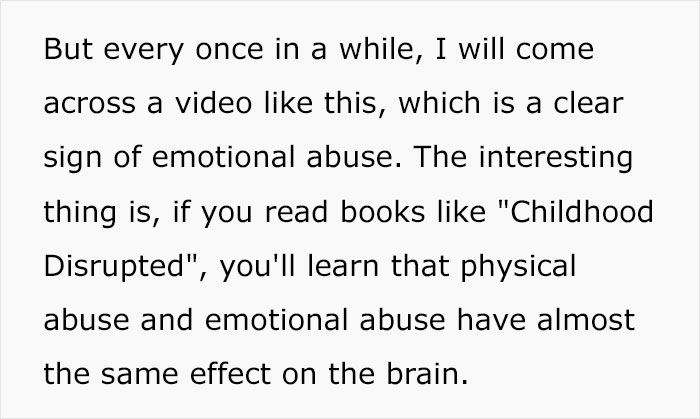 However, Jon identified it as emotional abuse and revealed that if you read anything about child development, you know that physical and emotional abuse have almost the same effect on children’s brains.

A group of scientists published an article in which they determined that “emotional abuse, which likely represents experiences of parental rejection and is often considered most detrimental in terms of altered concept of ‘self,’ is associated with the cortical thinning of regions implicated in mediating self-reflection, self-awareness, and first-person perspective.” 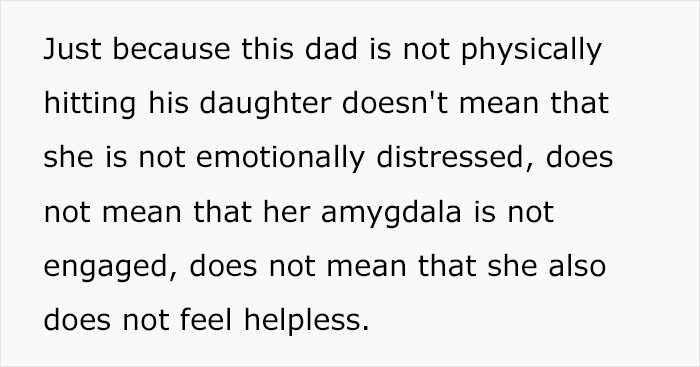 Lane Strathearn, MBBS, PhD who is the director of the division of developmental and behavioral pediatrics and the physician director of the Center for Disabilities and Development believes that “The problems observed in adulthood are extremely serious and difficult to treat. Our community suffers on so many levels as a result of emotional abuse and neglect.”

Kids Helpline provides a lengthy list of what consequences emotional abuse brings, but let’s look at the ones that are mentioned in both this list and the one about physical abuse. They include pretty much the same impacts such as self-harm, drug and alcohol use, eating disorders, behavioral disorders, low self-esteem, developmental delays, physical ailments, depression or anxiety, etc.

And because emotional abuse is harder to detect, it may be even more dangerous as there are no obvious signs for a person outside the family to see. Kids Helpline gives a couple of indicators that might point to possible emotional abuse that include avoiding or running away from home, decline in school work, trying too hard to please or failure to connect with parents, lying and stealing, lack of trust in adults, etc. 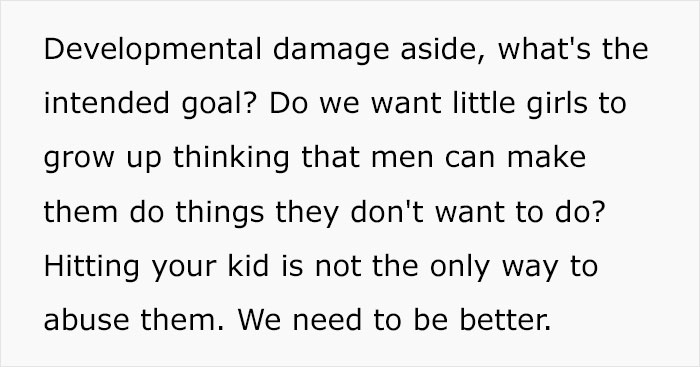 As Jon says in the video, just because a parent is not physically hitting their child doesn’t mean they don’t feel distress, which damages the undeveloped brain.

He also brings up another problem that is related to the specific example of the father making his daughter smash her phone. She is being taught that she must do as a man says even if she doesn’t want to, which may possibly lead her to get into and remain in an abusive relationship and that will be just another problem in her adult life. 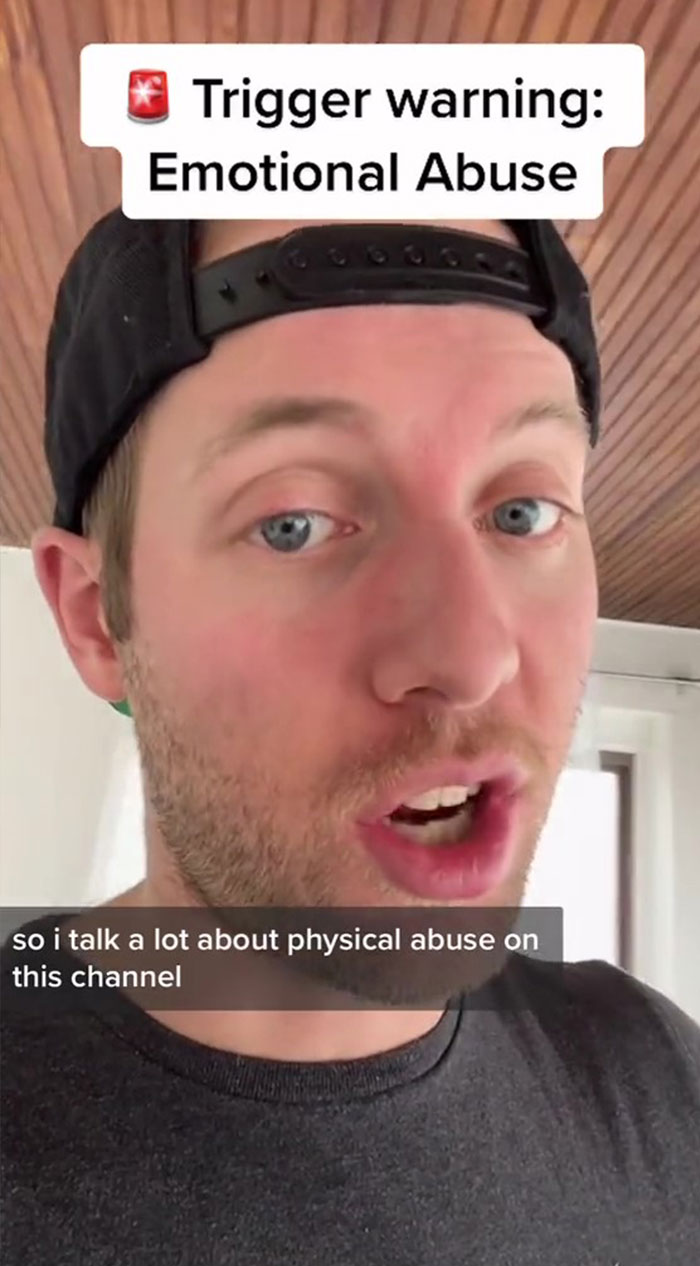 You can watch the video below

@wholeparent #stitch we have to think about the far reaching implications of our punishment. When we psychologically punish like this we don’t just hurt them in the moment we give them a lifelong wound. #emotionalabuseaware #abusiveparenting #parenting101 #kidbrainbasics ♬ original sound – Jon Fogel

Of course, every child is different, so it is hard to tell a parent what would work for them instead; however, they need to understand that the damage they do with emotional abuse is very hard to fix and is even harder to forget even when fixed, so it is important to do your research and look for a more gentle way to teach your children good behavior.

Did you know how harmful emotional abuse could be to your children? Do you think there are better ways to discipline your children and show them their behavior was wrong? Or do you think that parents and children are becoming too sensitive and as long as they are not hitting their children, they are fine? Let us know your view in the comments!

People in the comments were horrified by the initial clip, especially because they experienced emotional abuse as children as well

The post “She Is Forced To Do Something That She Would Never On Her Own Do”: Dad’s Punishment Causes Daughter Emotional Distress, This Guy Calls It Abuse first appeared on Bored Panda.