Many of us dream of having a dog growing up. Many of us wish to have the companionship and unconditional love that a dog can bring. Many of us hope that our dogs never grow old so that we don’t have to say goodbye.

However, some people decide that the dog’s time has run out, way before the Grim Reaper ever had them on the roster. They’re misbehaving. They’re difficult. They’re no longer the dog that the family fell in love with. They’re old. All the reasons possible rush out their mouths, yet they fall flat on the ears of those that care.

This is the story of Netty, who after over a decade was returned to the same shelter she’d been adopted from with the request of euthanasia. Thankfully, the vets saw promise of life in the pup’s eyes and, instead of taking it away, put her up for adoption so that she could find a new home in her senior glory. Let’s dive into the details!

Netty, a 15-year-old mixed pit bull, was brought back to the Philadelphia shelter her family took her from in 2010 with the request to euthanize her 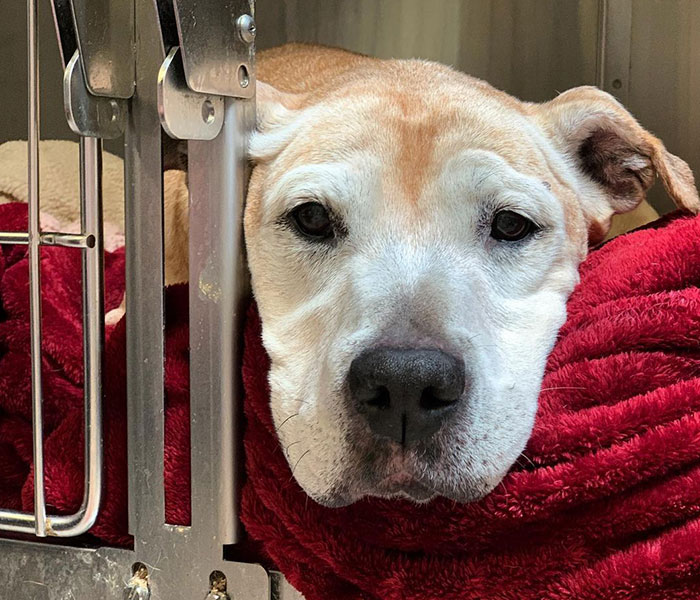 You’re so small and cute and helpless. The littlest bundle of joy. The best friend anyone could wish for. Warm hands embrace your tiny frame as you see a smiling face. They’ll be your new home. Your everything.

Year after year, the two of you get closer. Eagerly awaiting them to wake up, to shower you with cuddles, to open the complex contraption that is the door so that you can enjoy the morning sunshine or the afternoon storm. You return to showers, food, games, toys, cuddles with your favorite human, who smiles down at you with the same excitement as they did the first time they saw you.

But year after year, you get weaker. Your body no longer that of the young energetic pupper you once were. You hope that they will understand your mistakes – you don’t mean them! But as the smile fades away from their face and you both sit in the car, you never imagine that it’ll be your last adventure.

Though, after the shelter’s vets examined her, they believed her to have enough quality of life left, but her owners refused to buy any medications or treatment 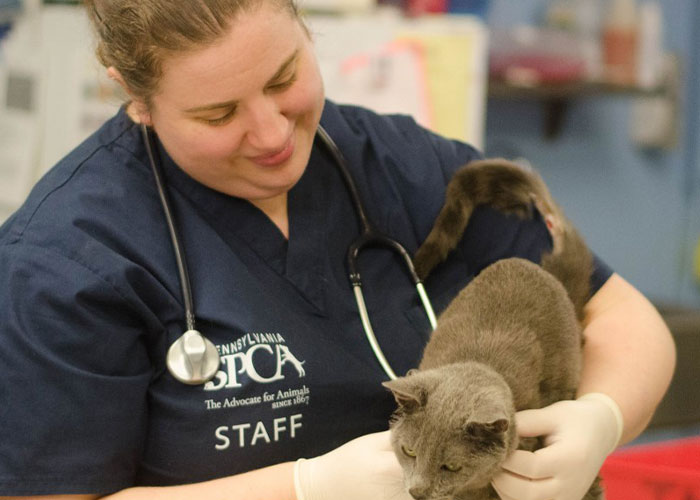 Netty, a 15-year-old mixed pit bull, arrived at a Philadelphia shelter in 2010. She’d only been there a couple of days before she was adopted. Over a decade of love and loyalty later, she was returned to the same shelter. But rather than them looking for help or a means of getting her better, they asked that she be euthanized.

“She was old and having some incontinence difficulties in the house,” Maddie Bernstein, manager of lifesaving at the Pennsylvania SPCA, told The Washington Post. According to Maddie, Netty’s previous owners “weren’t interested in talking about other options for her, like medications.”

Yet, when the shelter’s vets examined her, they found a pup that was still eager to live and had the capacity to do so. “They felt like she still had a quality of life,” Maddy said. “They started her on meds, and she did really well. She was starting to improve.”

The Pennsylvania SPCA put out Netty’s story on social media, asking whether anyone would be open to adopting her. Thankfully, many responded 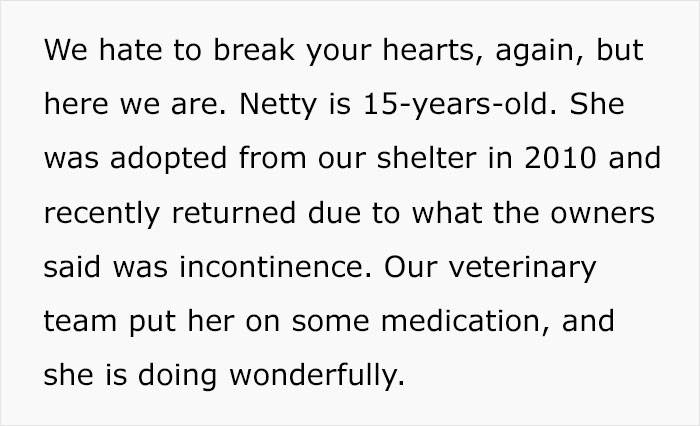 Once Netty was on her way to recovery, the shelter decided to put out a message on social media, asking whether anyone would be interested in adopting Netty and giving her the best life that she deserved to live. Although they hoped for the best, they knew it’d be a challenge, considering the fact that older dogs “normally don’t get a lot of traction for adoption,” said Maddy.

“We hate to break your hearts, again, but here we are,” the team wrote on their social media accounts. “This old gal is sitting in a shelter in what could be her final days. We don’t want that for her. So, we are looking for a home where she can spend whatever time she has left. Netty is VERY low maintenance and could live with dogs, cats and respectful kids. Can you please help us spread the word about this beautiful soul to get her out of the shelter and into a warm, cozy bed?”

Soon the post was flooded with comments and shared hundreds of times.

Amy Kidd, a veterinarian at Pocopson Veterinary Station, saw the post and knew Netty was the right fit for her, her family, and their 6 other senior pups 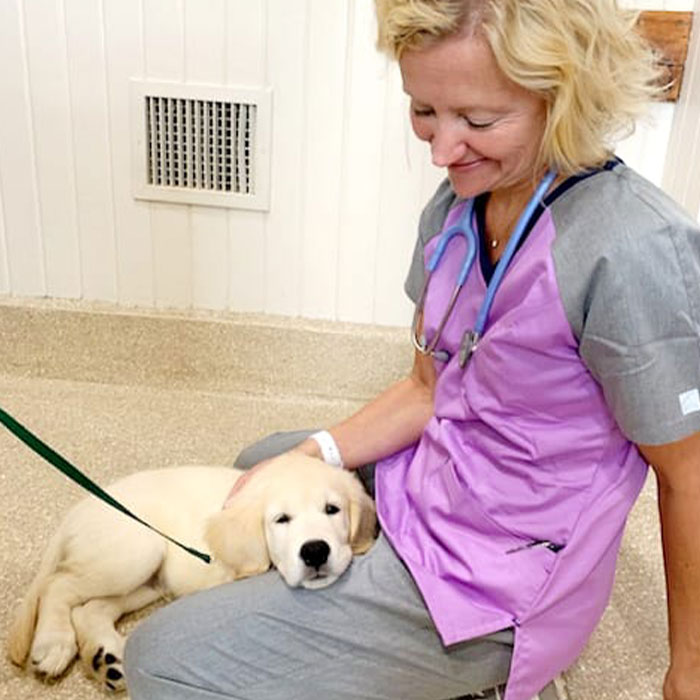 It caught the eye of Amy Kidd, a veterinarian in West Chester. Their family had sadly lost their 12-year-old rescue dog, Monty, to cancer just a month before, and they were looking for a new senior to welcome into their home. Netty ticked all the boxes. “As soon as I saw her face, I was like okay, she’s the one that needs to come to my house,” said Amy.

Amy and her family have six senior dogs between the ages of 12 and 16. For almost a decade they’ve been opening their home to senior pups, with the life expectancy of only a month or two. “When they get to our house, it’s kind of a fountain of youth,” Amy laughed, as a majority of her K9 guests ended up living three or four years longer. “We try to do what’s best for them, as long as we possibly can,” she explained. “Our plan is to only take senior pets into our family, or animals that have problems, need medication and extra care.”

While Amy was at work at Pocopson Veterinary Station in West Chester, her daughter and two sons drove about 40 miles from their home in Kennett Square to Philadelphia to pick up Netty. They also brought two of their senior dogs with them to make sure the pack would get along. “It was time to meet her, and I saw her walk down the hallway,” said Emilea Suplick. “She sniffed me and gave me a little bit of a tail wag.”

When the day came to meet her new family, Netty excitedly trotted up and started wagging her tail. Once everyone saw that, they knew it was a done deal 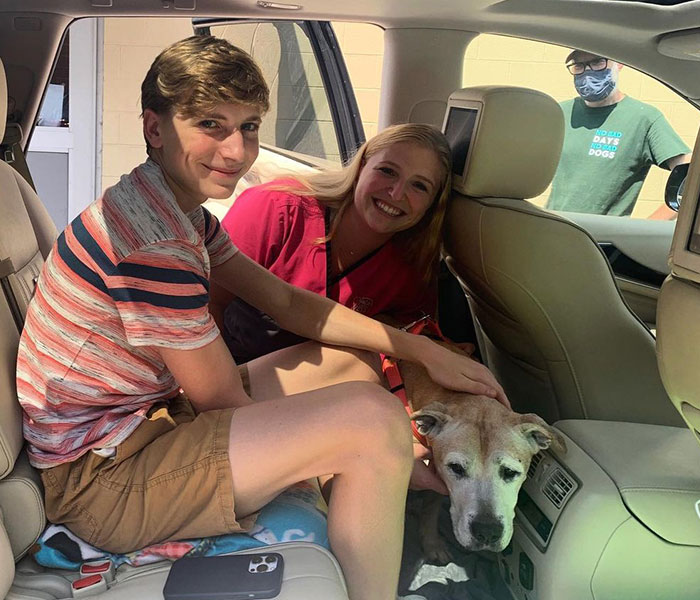 Once the tail was wagging, it was a done deal, according to the shelter staff. Netty was very well-behaved during the journey to her new home and “just settled in right away,” upon arrival, Emilea revealed. “She knew she was home.”

The family quickly got Netty’s incontinence under control with medication, and the arthritis in her lower spine and elbows has also been improving steadily. “She’s kind of a stubborn girl, and it’s pretty funny because she’s supposed to be this old lady that can’t walk,” Amy said. “She is officially the queen bee of the house. She made her way all the way up the stairs by herself, no problem. She does that on a daily basis… I have a feeling she’s going to be around for quite a bit.”

Netty is now living her best life. Amy hopes that this story encourages more people to adopt seniors, as they’re just as worthy of love and affection 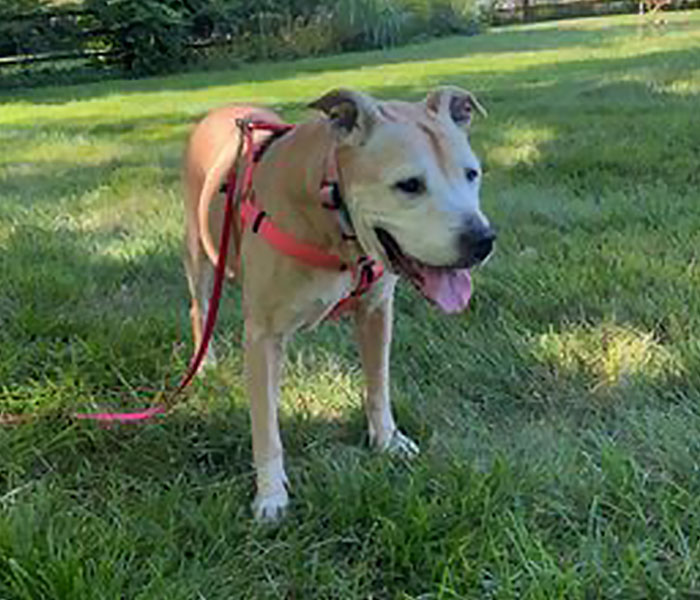 The family believes that Netty has so much to offer and hope that other people are inspired by her story and give adult dogs a chance. While the saying goes that an old dog can’t learn new tricks, that’s simply untrue – all it requires is a lot of patience and love. A hyperactive young puppy who has no training whatsoever may not be the best suited companion for someone who’s just not able to provide the time, energy, or resources to raise them right.

So why not get a dog that’s a lot calmer (in most instances), housetrained, and yet still as devoted and full of love to give? Of course, elderly dogs come with their own individual stories: sometimes tragic backgrounds or habits that need retraining. Their health may be more of a concern than it would be for a younger dog. Always consider the ifs and buts before getting any pet, as their lives solely depend on you.

We wish Netty and her new family all the best for the future and hope that she has many more years to spend frolicking around in the sun. Let us know your thoughts on this story in the comments below, and don’t forget to upvote and follow the author! Toodaloo!

People have loved this story and its happy ending. Let us know your thoughts in the comments below! 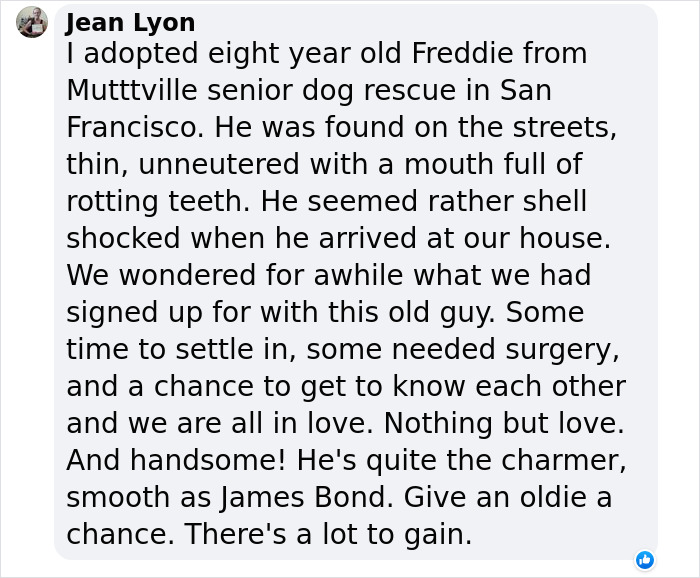 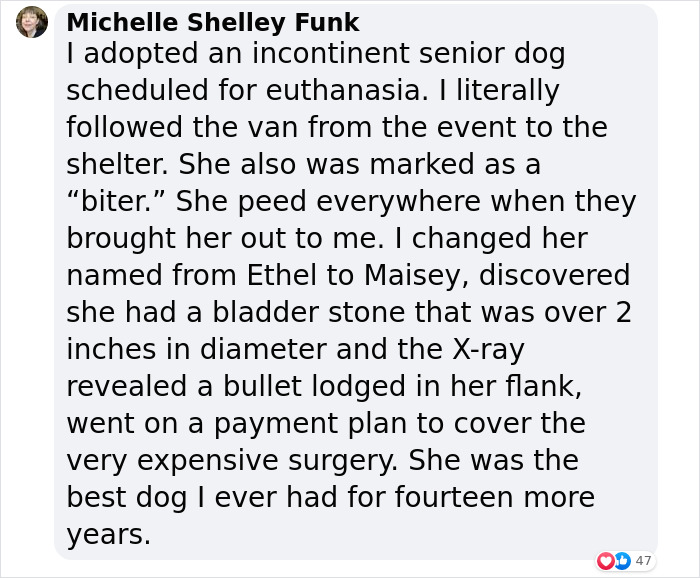 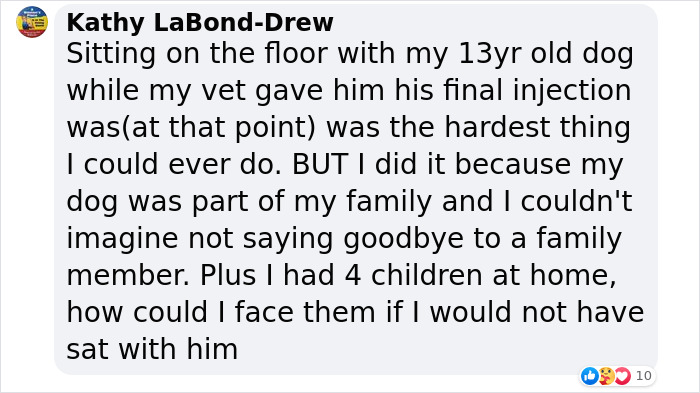 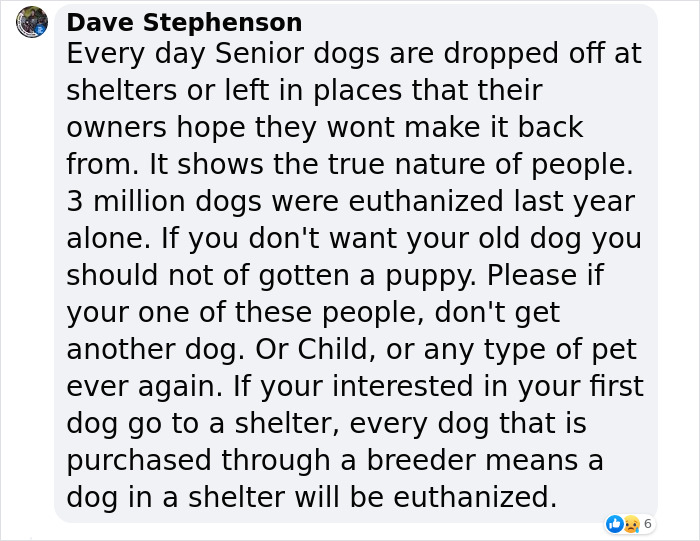 The post Shelter Refuses To Put Down 15-Year-Old Dog With “Quality Of Life,” Finds Her New Owners Instead first appeared on Bored Panda.