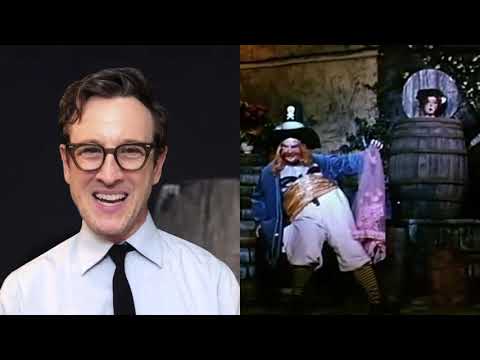 In the 1950s and ’60s, families gathered around the TV on Sunday nights to watch Walt Disney’s Wonderful World of Color. Disney himself would introduce the show, often promoting Disneyland’s attractions as he did so. Jack Plotnick has edited himself into those clips, boosting the entertainment value while highlighting the more problematic behavior of that era. SFgate talked to Plotnick about the series.

Plotnick isn’t a Disney hater; in fact, he’s been a lifelong Disney fan, taking family trips to Walt Disney World starting when he was very young. “I always wanted to be an Imagineer,” he says. “I’ve always been fascinated with them.”

“I really wanted to see what would happen if I put myself into the videos,” Plotnick says. “People were watching the videos to escape into another world, and that’s kind of what I ended up doing.” So, he made himself an Imagineer — several of them, actually, in videos teasing the openings of everything from the Haunted Mansion to the Plaza Inn.

Plotnick’s first video in the series has to do with the Pirates of the Caribbean ride. The auction scene in the attraction was not changed until 2018. See his videos about the Haunted Mansion, It’s a Small World, and the Plaza Restaurant as well. -via Metafilter