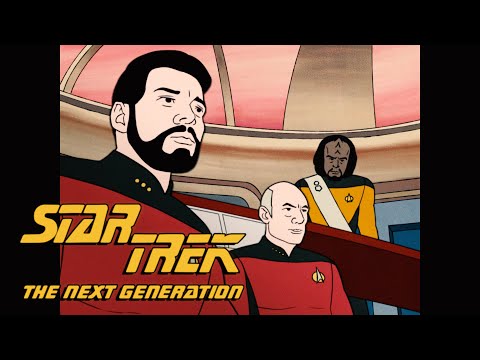 First off, no this isn’t a real series, even though you will be forgiven for thinking so considering how many Star Trek series there are now. Gazelle Automations made a new cartoon in the style of the 1973-74 series Star Trek: The Animated Series and used a scene from Star Trek: The Next Generation (1987-94), along with its audio. The conceit here is that ST:TAS had ingenious plots and cheap animation, and ST:TNG had awesome visuals and silly plots. This cartoon manages to highlight the worst aspects of each, but it’s fun nevertheless. Watch it twice to catch all the details, like the perfect Filmation music, the imperfect lip-voice synchronization, the odd manner in which each character begins moving, the faces that only move one feature at a time, the Kzin, and the pink Borg Cube. Oh yeah, there’s also the horror of using two colons in one sentence. -via Metafilter