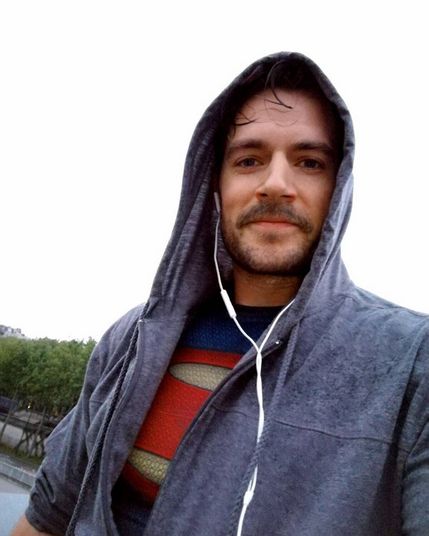 The stars of the movie Justice League have been called back to the studio for some reshoots. That’s not out of the ordinary; reshoots happen in a lot of movies to get a scene just right after the editing process. But Henry Cavill, who plays Superman, appears to be in a bit of a situation.

Those reshoots must be very important to the movie. On hearing the news, many fans responded with a desire to see Superman with a mustache. Artist Jonas Von Kruger‏ saw this coming, as he posted this three weeks ago.

The question remains: could Superman grow a mustache? He’s not exactly human, you know. Facial hair may be out of the question since his invulnerable hair would resist trimming by a mere razor.