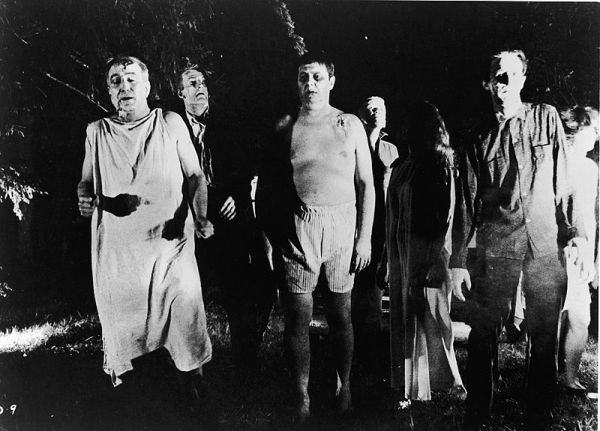 When George Romero’s movie Night of the Living Dead was released in 1968, it was criticized for its gory violence, and otherwise regarded as a cheap B-movie. But it was scary, and soon made back its production budget 250 times over. In the half-century since then, it’s become a classic, and Romero, who also made plenty of other horror films, is regarded as a master of the genre. He single-handedly created the modern concept of the zombie.

Now film students can study the master and his works at the George A. Romero Horror Studies Center at the University of Pittsburgh. The university’s library department is partnering with the George A Romero Foundation, and has acquired an archive of Romero’s materials to be studied. Ben Rubin is the library’s horror studies collection coordinator, and has only begun to sort through the collection.

The collection runs the gamut from correspondence, contracts and legal agreements, and scripts—produced and unproduced— to photographs, DVDs, film and video footage, and promotional material from local theaters. Highlights include the original annotated script for Night of the Living Dead, an unproduced adaptation of Edgar Allan Poe’s Masque of the Red Death, and a foam latex zombie head used as a prop.

Rubin hasn’t examined the full collection, but he’s intrigued by much of what he’s seen—particularly, he told LJ, drafts of scripts that show the evolution of the films he’s familiar with. “We came across an original version of Night of the Living Dead with his heavy annotations in it, immediately recognizable scenes but that were definitely different, characters that were not yet named—but from the scene I could tell exactly who they were.”

He was also impressed with the number of unfilmed scripts. “While Romero is beloved in the horror community, and had an untold amount of impact, he didn’t release a whole lot of films,” explained Rubin. “But this archive is showing that he produced way, way more than was ever made in his life, which is exciting to see how much work he was actually doing all this time…. The adaptations that he has in there show that he was looking at everything from the universal classic horror films of Dracula and Frankenstein to more obscure horror genres, like splatterpunk from the ’80s, that aren’t as well known.”

Read about the acquisition and the new George A. Romero Horror Studies Center at Library Journal. -via Metafilter