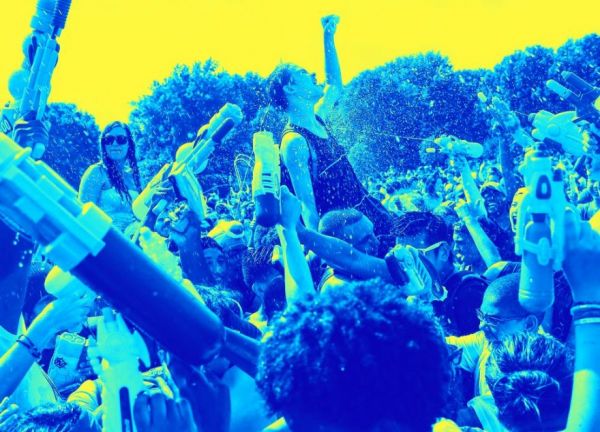 To call a Super Soaker a water gun is akin to calling the Mona Lisa an art project. It’s been a defining part of summertime fun for 27 years now. The Super Soaker was invented by Lonnie Johnson, an overachiever from Mobile, Alabama. Johnson’s long list of accomplishments is impressive, but he is most famous for his souped-up water pistol.

He graduated with degrees in mechanical and nuclear engineering from Tuskegee University, joined the Air Force as the acting chief of the Space Nuclear Power Safety Section at the Air Force Weapons Laboratory, then moved to NASA’s Jet Propulsion lab in 1979 where he was working as a systems engineer for the Galileo mission to Jupiter. It was then, in 1982, already having several patents to his name, that he had his Eureka moment.

One of his pet projects was an environmentally friendly heat pump that used water instead of Freon. One day, tinkering as he often did, Johnson hooked up a nozzle to the bathroom faucet. When he turned on the water, it sprayed clear across the room. “The stream of water was so powerful that it set up air currents in the bathroom,” he told CNBC. “I thought to myself, ‘This would make a neat water gun.'” It doesn’t take a rocket scientist to build a toy, but it certainly doesn’t hurt, either.

However, the path from “Eureka!” to iconic toy is a story full of ups and downs. Read that story at Thrillist.-Thanks, Walter!