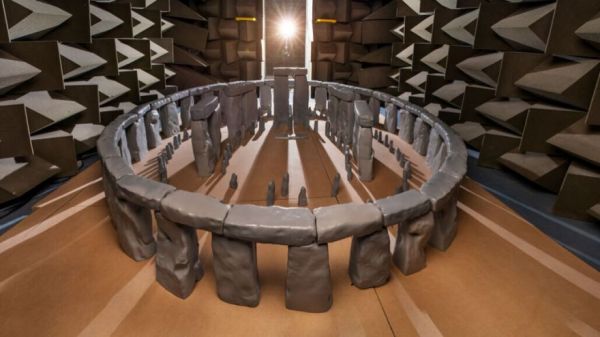 Over thousands of years, Stonehenge has been used as a temple, a memorial, a burial ground, and plenty of other things. It may also have been an amphitheater of sorts. New research shows that acoustics of the original structure are such that sound produced inside the stone circle was amplified people inside, and barely audible to anyone outside the circle. A team of researchers reconstructed what is believed to be the original structure of the monument at 1/12 scale and put it inside an acoustic chamber.

Despite many gaps between stones, sounds briefly lingered inside Stonehenge Lego, the team found. Reverberation time, a measure of the time it takes sound to decay by 60 decibels, averaged about 0.6 seconds inside the model for mid-frequency sounds. That effect would have boosted the ability to hear voices and enhanced sounds of drums or other musical instruments, Cox says. For comparison, reverberation time reaches about 0.4 seconds in a living room, around two seconds in a large concert hall and roughly eight seconds in a large cathedral.

Stonehenge Lego did not project sounds into the surrounding area or boost the quality of sounds coming from external speakers. And sounds did not echo in the scale model. Inner groups of simulated stones obscured and scattered sounds reflected off the outer sarsen circle, blocking echo formation.

Read more about the experiment at ScienceNews.  -via Boing Boing