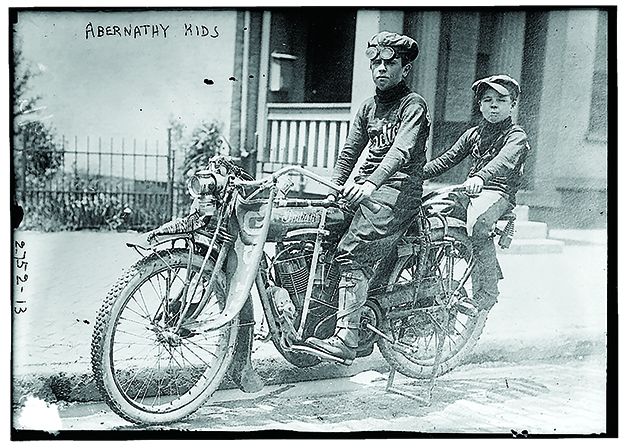 We’ve mentioned the Greatest Generation this week, due to the 75th anniversary of D-Day, but the generation just before that one was second to none in its own right. Case in point – the Abernathy Brothers.

This site gives an excellent summary of the life and times of the Abernathy Brothers, Louis and Temple, in the early 20th century, and they had adventures that are well-nigh unbelievable for children (they were ages 9 and 5 when all this started in 1909), adventures such as riding horseback from New York to San Francisco alone (mostly) in 62 days and riding a motorcycle from New York to Oklahoma in 23 days. They had six such adventures, including racing an elephant against a donkey cross-country.

They were sons of a widowed U.S. Marshal in Oklahoma and were given their independence by their father, who had every faith in them. Though the boys traveled alone, they really weren’t always alone as seen here in an anonymous message sent to their father:

The most chilling episode was a note scribbled by the point of a lead-tipped bullet on a brown paper sack, addressed to “The Marshal of Oklahoma” and delivered to the Abernathy home. “I don’t like one hair on your head, but I do like the stuff that is in these kids. We shadowed them through the worst part of New Mexico to see that they were not harmed by sheepherders, mean men, or animals.” It was signed A.Z.Y., the initials of a rustler whose friend had been killed in a shootout with Abernathy.

The brothers’ fame grew such that a short 1910 silent film starring themselves was made of their exploits and is embedded below. YouTube features other videos concerning the Abernathy Brothers and all are quite impressive and inspiring. How things have changed in just a century – can you imagine today’s snowflakes replicating these exploits? I sure can’t. 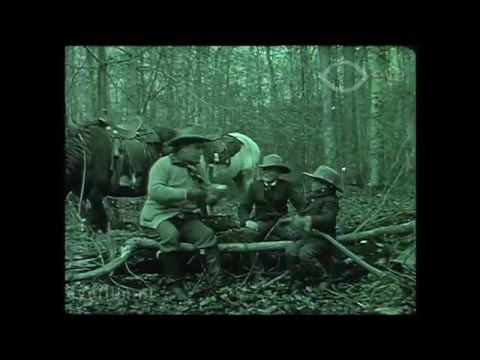