Without a doubt, photography is the universal language of our time. Digitally saved or printed out and stacked away to reminisce over later – everyone’s got plenty of images they hold dear to their heart.

It grants us the ability to immortalize moments and revisit memories from the past; we’re able to take a trip down memory lane and remember what life was like when we hadn’t lost the ones we cherished.

Capturing moments and documenting people’s celebrations is one of the most rewarding hobbies, and folks who do it professionally will probably agree that it changes the perception of beauty and the overall outlook on life.

A great example would be everyone’s favorite and the much anticipated Comedy Wildlife Photography Awards. The annual contest celebrates the hilarity of our natural world and lets us appreciate the Earth and its creatures without harming their already endangered lives.

In this article, you will be able to preview this year’s funniest entries so far; let us know which images tickle your funny bone the most!

Also, if you’re interested in reading more about the finalists of the competition, check out our previous articles on the 2021 and 2020 winners. 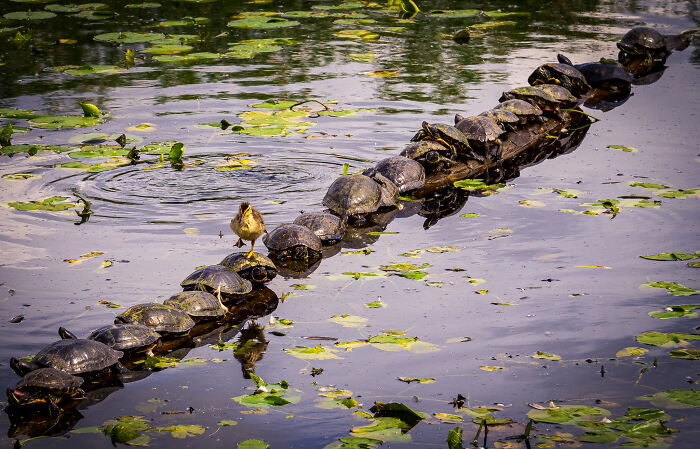 “Our world is extraordinarily beautiful and interconnected, yet the human race is doing its best to over-exploit and damage it. Issues of wildlife conservation and sustainability are gaining momentum globally, yet the messages and images tend to be negative, depressing and enervating.” – A thought-provoking quote from the contest’s co-founder, Paul Joynson-Hicks, that can be found on The Comedy Wildlife Photography Awards website perfectly summarizes the importance of this annual competition.

It’s a saddening yet well-known fact that our wildlife is in danger. The illegal trade that is considered to be the fourth-largest criminal industry in the world, our fragile ecosystem that gets destroyed by fires, humans who are willing to cut down trees just to introduce another mall, pollution, and climate change – all these things are the biggest threats that are actively ruining Earth.

As human beings, we’re obligated to heal our world, and the submitted images are raising awareness of its dying beauty and educating folks about wildlife and its significance, without overstimulating people with excruciating images. 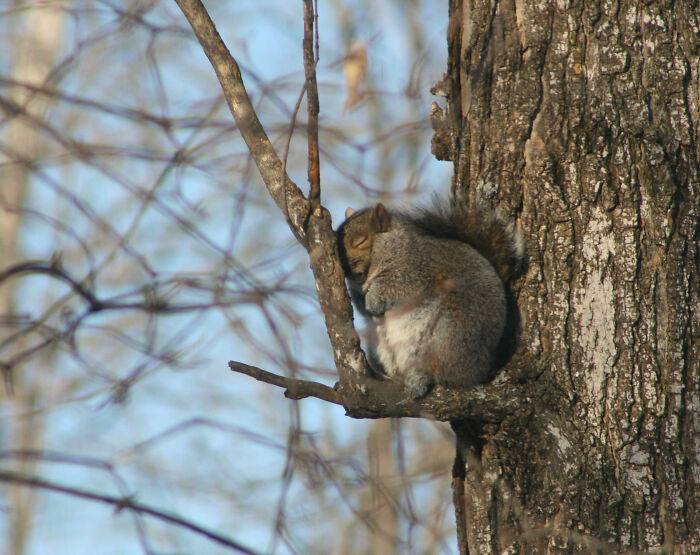 Now, those who aren’t familiar with the background of The Comedy Wildlife Photography Awards yet are probably wondering how and when was it created:

It all started in East Africa, where Paul Joynson-Hicks was working as a wildlife photographer. The man was looking through his beautiful snaps when he stumbled upon a few that made him chuckle – an eagle looking at the camera through its back legs and a warthog’s bottom. The co-founder then realized that this humorous approach would be able to engage people with the threats that wildlife face.

In 2015, the competition was officially decided upon, and soon after, co-founder and fellow photographer Tom Sullam joined the team, with Michelle Wood coming a couple of years later.

#3 “What Are You Looking At” By Lincol Lin 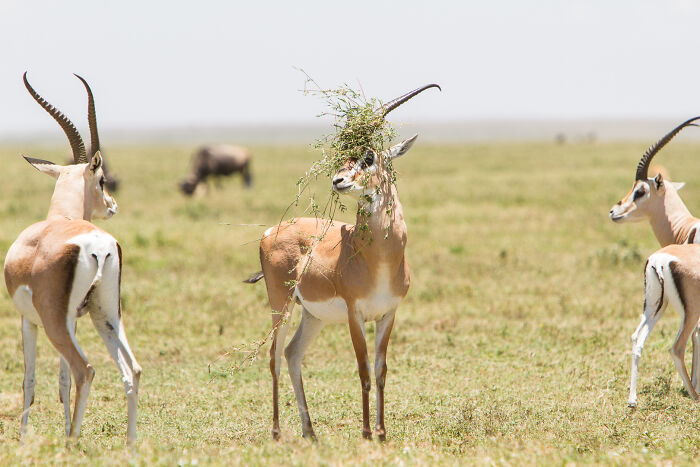 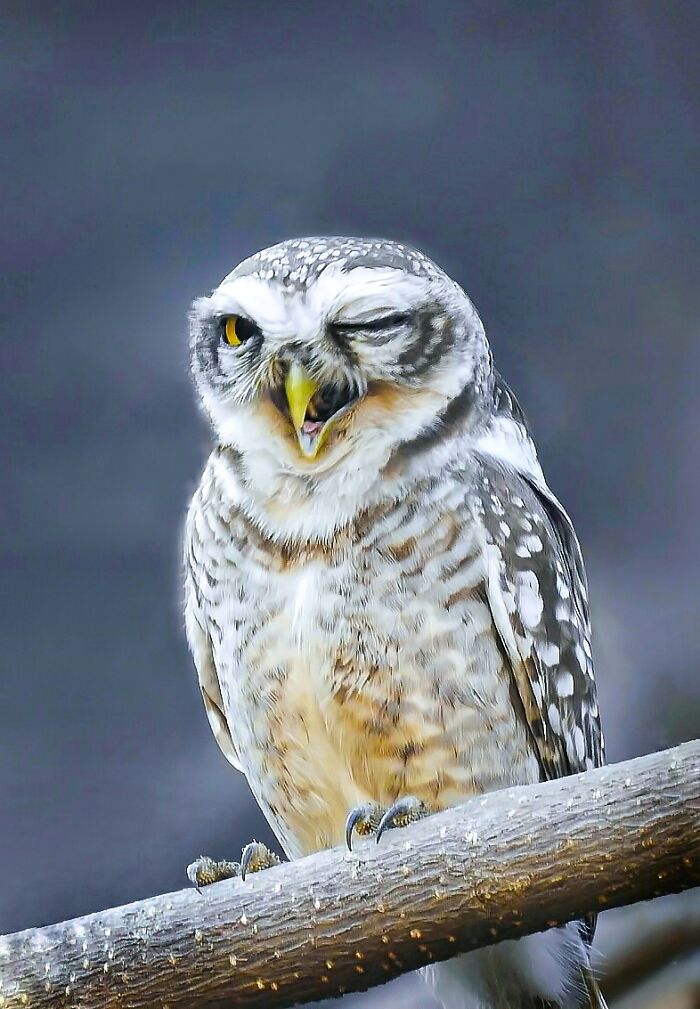 The organization’s motto is to “share the enjoyment of nature and take the time to recognise its value,” and it accepts thousands of photographs yearly from amateurs and professionals around the world.

It also has a couple of categories such as: land – where you can enter up to three images of wildlife that lives on land; air – where you submit images of creatures that fly; junior – which is a category for kids; portfolio – a selection of four, preferably connected images; underwater – a category for water-based creatures; and the last but not least, a video clip section that gives interested folks a platform to submit moving-image pieces. 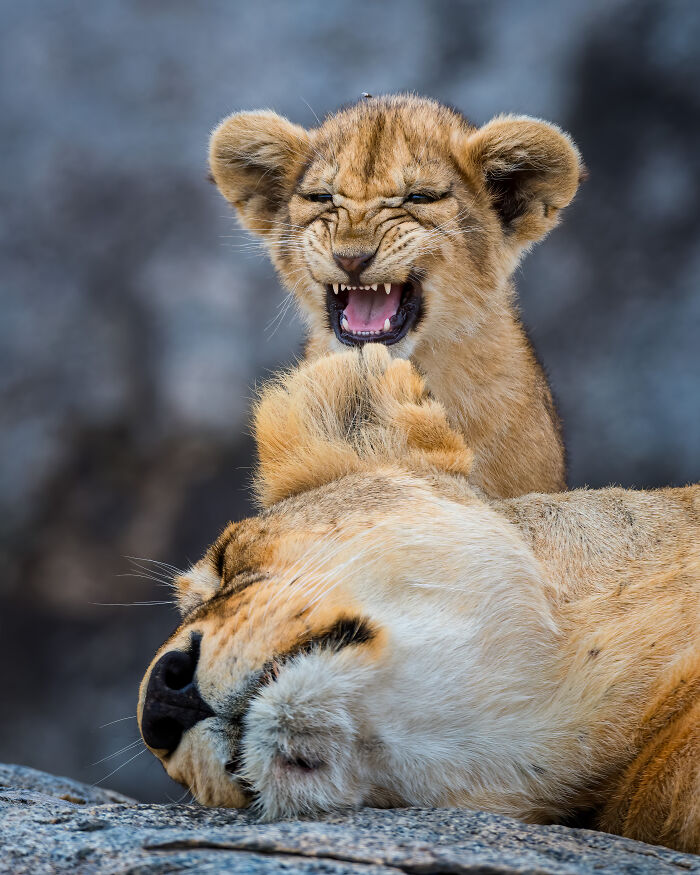 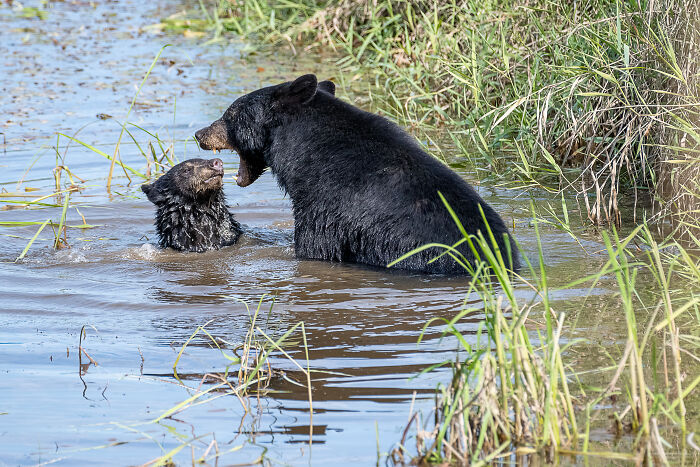 The deadline for this year’s entry is September 1, 2022, so get your cameras ready, folks.

If a contestant ends up winning one of the categories, they’ll be granted an “Award Winning Photographer” title, as well as a certificate. The overall winner will be pronounced as the “2022 Comedy Wildlife Photographer of the Year,” will have their image(s) travel around the world, and will also receive a handmade trophy.

Other prizes include two courtesy photography bags from sponsors and a one-week safari trip to Kenya for two people.

#7 “It Is Only Funny Until…” By Deena Sveinsson 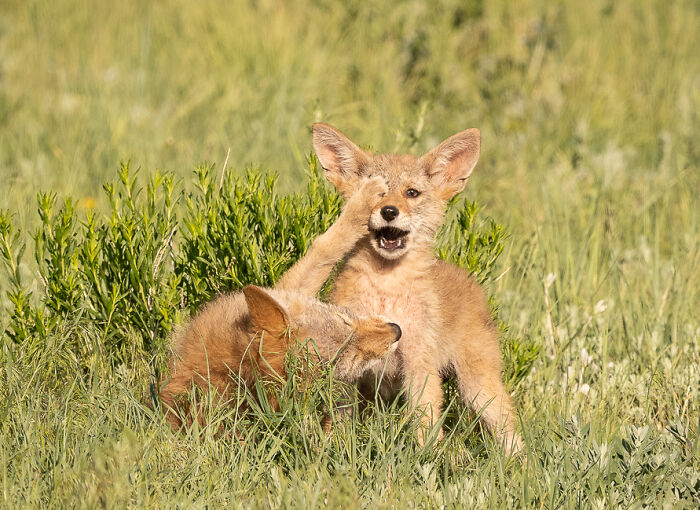 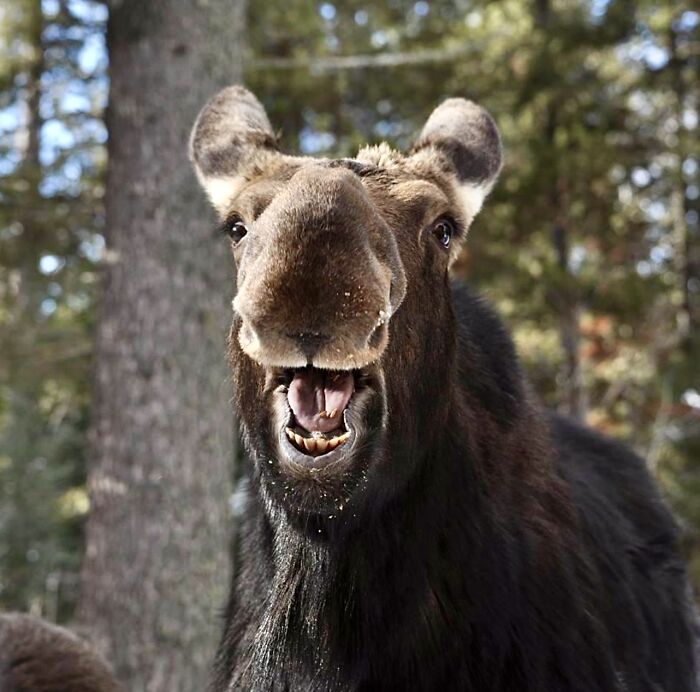 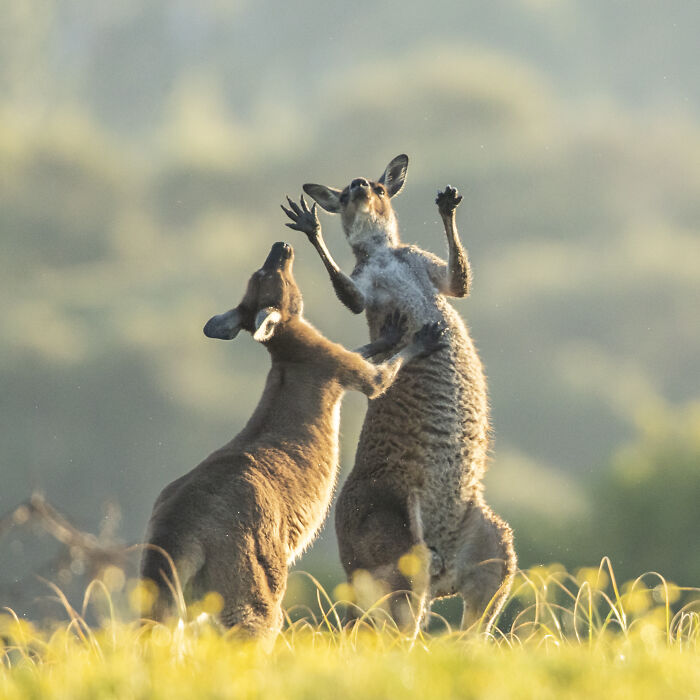 Remember that our wildlife contributes to our well-being more than we probably think; it’s vital to protect our furry, feathered (or otherwise) friends and fight those who’re actively trying to harm them, as there’s been a significant decline in the populations of species. There’re plenty of ways to help, but start with educating yourself and your close ones. 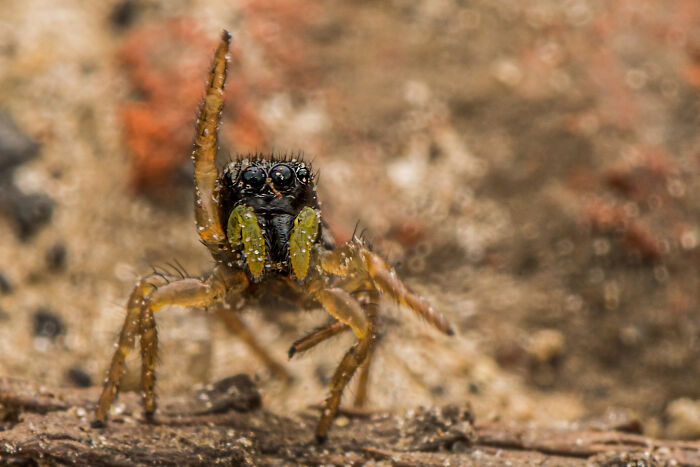 #11 “The Three Amigos” By William Parkinson 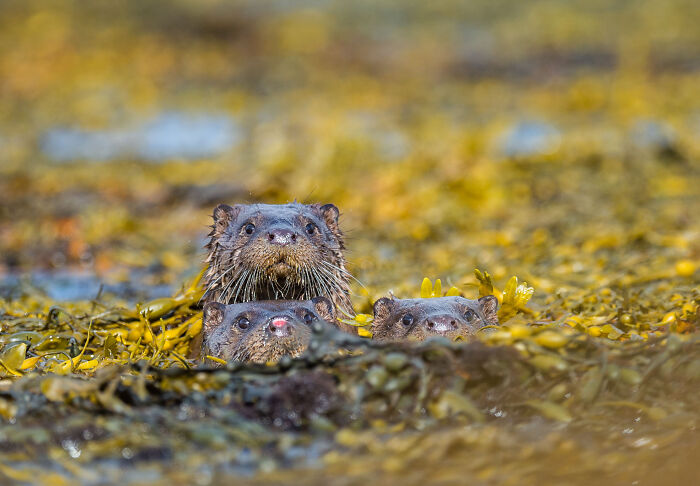 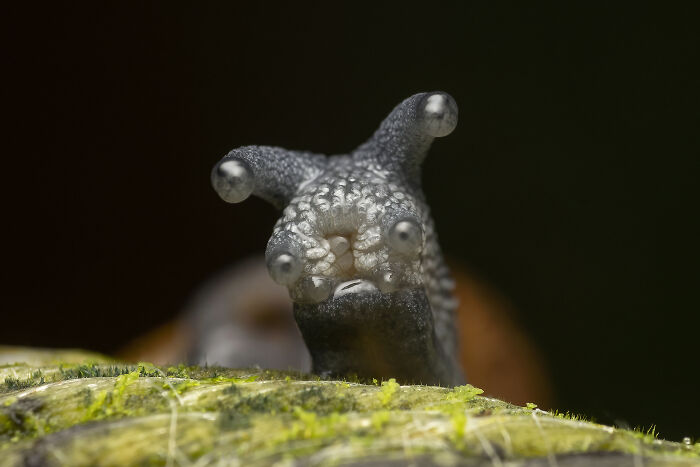 With organizations like The Comedy Wildlife Photography Awards, people are able to understand wildlife better and learn about the world’s creatures and the troubles that they’re fighting. The contest gives us the ability to connect with them through a camera and see that, in reality, they’re just like us.

Bored Panda hopes that you’ve enjoyed this amusing ensemble of images! Don’t forget that the life of an animal is in no way less precious than our own. 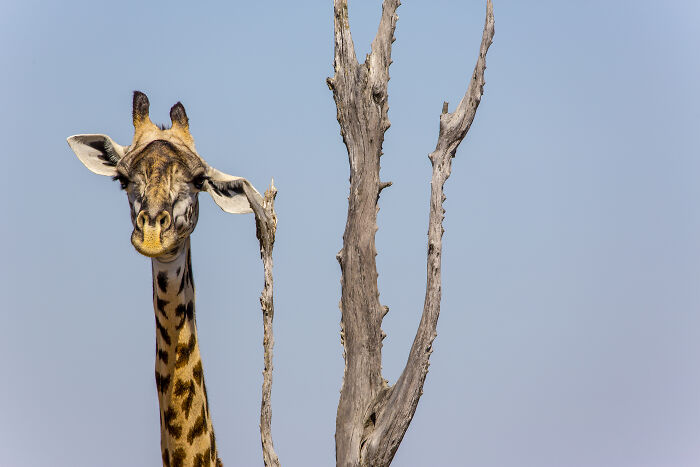 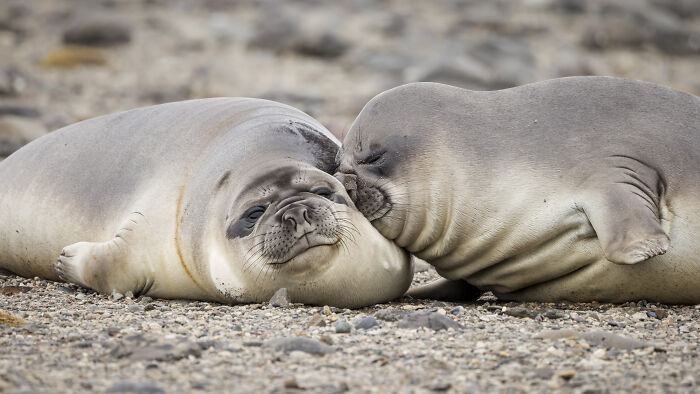 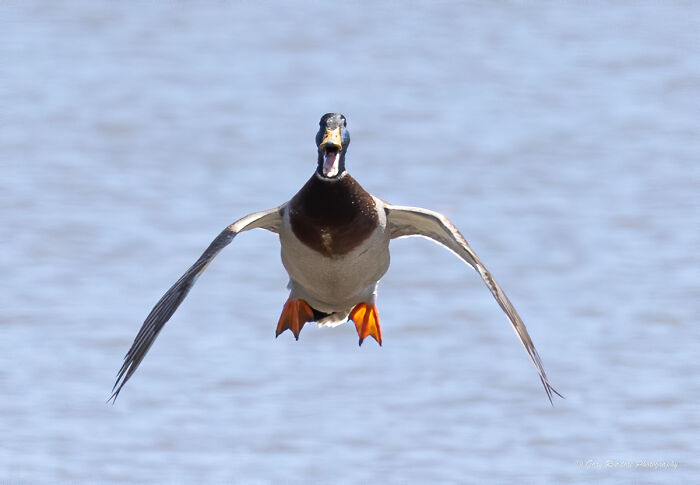