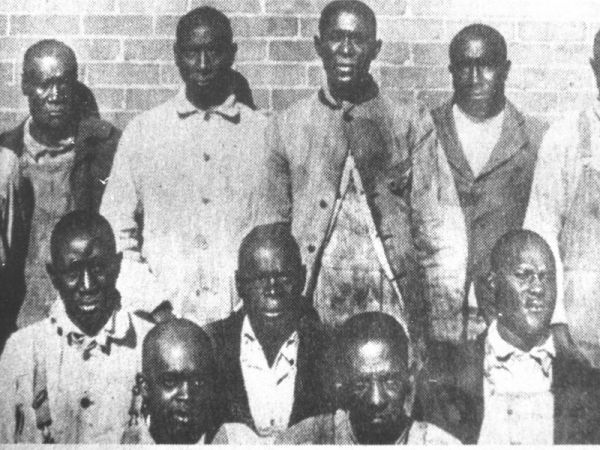 On September 20, 1919, a group of black sharecroppers who had joined the Progressive Farmers and Household Union of America met with a lawyer at a church near Elaine, Arkansas, to discuss pressing their employers for a more equitable share of crops. The customary portion demanded from landowners at the time kept the workers constantly in debt, and they weren’t allowed to quit while in debt. Fearing an insurrection, ladowners and other white men surrounded the church and began shooting. The men inside the church shot back. Three days of rioting followed, in which the governor called in military troops and at least  200 African-Americans, including women and children, were killed. Five white men also were killed. Dozens of black men were arrested for their murder, and twelve were quickly convicted and sentenced to death.

Jury deliberations lasted just moments. The verdicts were a foregone conclusion – it was clear that had they not been slated for execution by the court, they mob would have done so even sooner.

“You had 12 black men who were clearly charged with murder in a system that was absolutely corrupt at the time – you had mob influence, you had witness tampering, you had a jury that was all-white, you had almost certainly judicial bias, you had the pressure of knowing that if you were a juror in this case that you would almost certainly not be able to live in that town…if you decided anything other than a conviction,” says Michael Curry, an attorney and chair of the NAACP Advocacy and Policy Committee. No white residents were tried for any crime.

The convictions were appealed, and six of them were thrown out on technicalities. The other six men saw their case appealed all the way to the US Supreme Court in 1923. Read the saga of the Elaine Massacre and the subsequent Moore v. Dempsey ruling at Smithsonian.