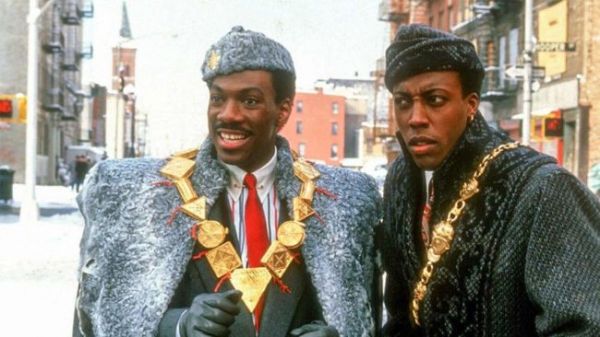 More than 30 years later, Coming to America is getting a sequel. Eddie Murphy will return as Akeem, the crown prince of Zamunda, and Arsenio Hall will reprise his role as Akeem’s best friend Semmi. Wesley Snipes has joined the production as General Izzi, the ruler of another nation in Africa. He could very well be the antagonist in the story. What we know so far:

In the sequel, Akeem is set to become King of Zamunda but discovers he has a son he never knew about in America – a street-savvy Queens native named Lavelle. Honoring his father’s dying wish to groom this son as the crowned prince, Akeem and Semmi set off to America to meet the unlikely heir.

James Earl Jones will also return as King Jaffe Joffer, and Paul Bates, who played Akeem’s bodyguard, will also appear. Newcomers to the story include Leslie Jones. It is unclear whether the movie will be called Coming to America 2 or Coming 2 America, but it is scheduled to open in December of 2020.  -via Uproxx