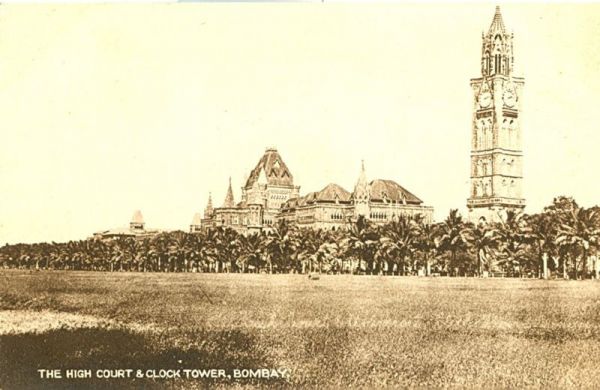 The global system of keeping time zones and synchronizing clocks is a fairly recent development. People set their clocks by the rising and the setting of the sun up until there was a reason to do otherwise, which came about when railroads needed to coordinate schedules in the 19th century. In the United States, standard time was adopted in just a few years. It was a different story in India. See, the US had already split from the British Empire, but in India there was a constant struggle between the way Indians wanted to keep time and the way the British wanted to standardize it. Bombay residents fought for decades to decide what time the city’s clock tower would follow.

The British couldn’t simply impose the new time standard. While they occupied the most important positions of power, Indians were given a degree of autonomy, especially in local government. The debates in the municipal corporation hall, where some of the opposition unfolded, were vigorous and close-fought. In the streets, about 15,000 people submitted a petition to revert to Bombay Time. Nevertheless, the practical considerations of a single time won out, and on January 1, 1906, Standard Time was set to be imposed.

The move angered laborers right away. Bombay was important in the cotton trade, and textile mill workers, already piqued about overtime hours and low wages, would have to start work before dawn under the new time system. They didn’t hold back on their frustration. More than 2,000 workers amassed at Jacob Sassoon Mill and vandalized the timekeeper’s office, the Times of India reported. The mill authorities ultimately conceded a little, allowing workers to start at 6 a.m. Bombay Time (6.39 a.m. Standard Time)—in tune with the rhythms of the sun.

That was far from the end of the flight. Read how the Indian resistance to British rule affected how they kept time at Atlas Obscura.