Hannah Beswick had a morbid fear of being buried alive, and this dread was not entirely irrational. Her young brother John almost had his coffin lid closed over him when a mourner attending John’s supposed death noticed the eyelids of the ‘dead body’ flickering. On examination, the family physician, Charles White, confirmed that John was still alive. John regained consciousness a few days later, and lived for many more years.

Such incidents were not uncommon during the period in which Hannah Beswick lived—late 17th to mid-18th century. In fact, cases of premature burial has been documented well into the late 19th century. These are gruesome tales—urban legend or otherwise—about victims falling into the state of sopor or coma, and then waking up, days, months or even years later, to find themselves entombed. 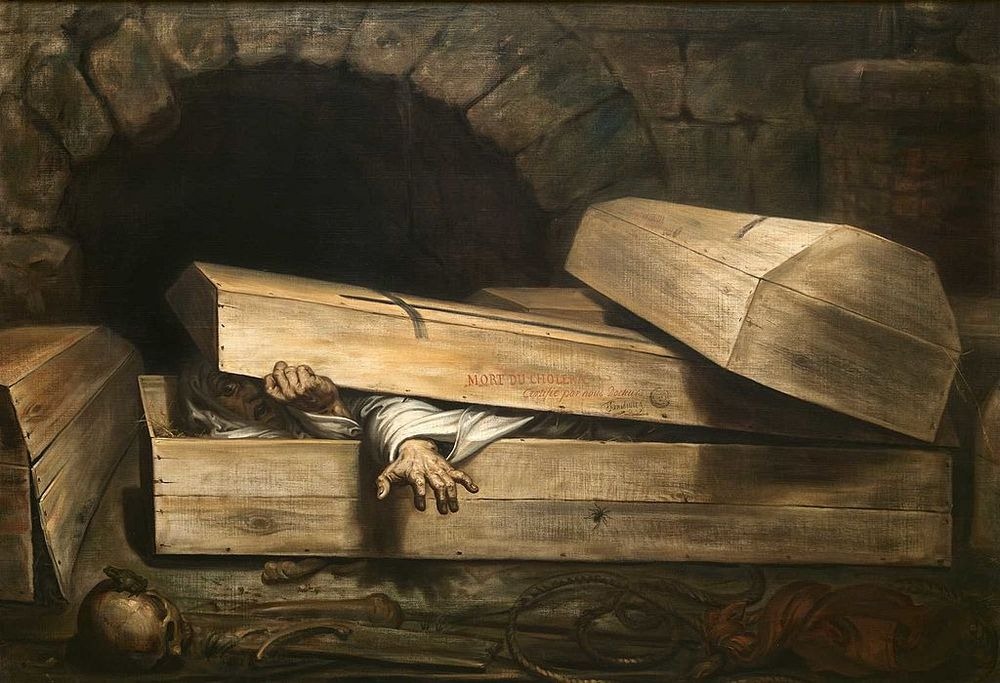 “The Premature Burial”  (1854), a painting by Belgium artist Antoine Wiertz that depicts a cholera victim awakening after being placed in a coffin.