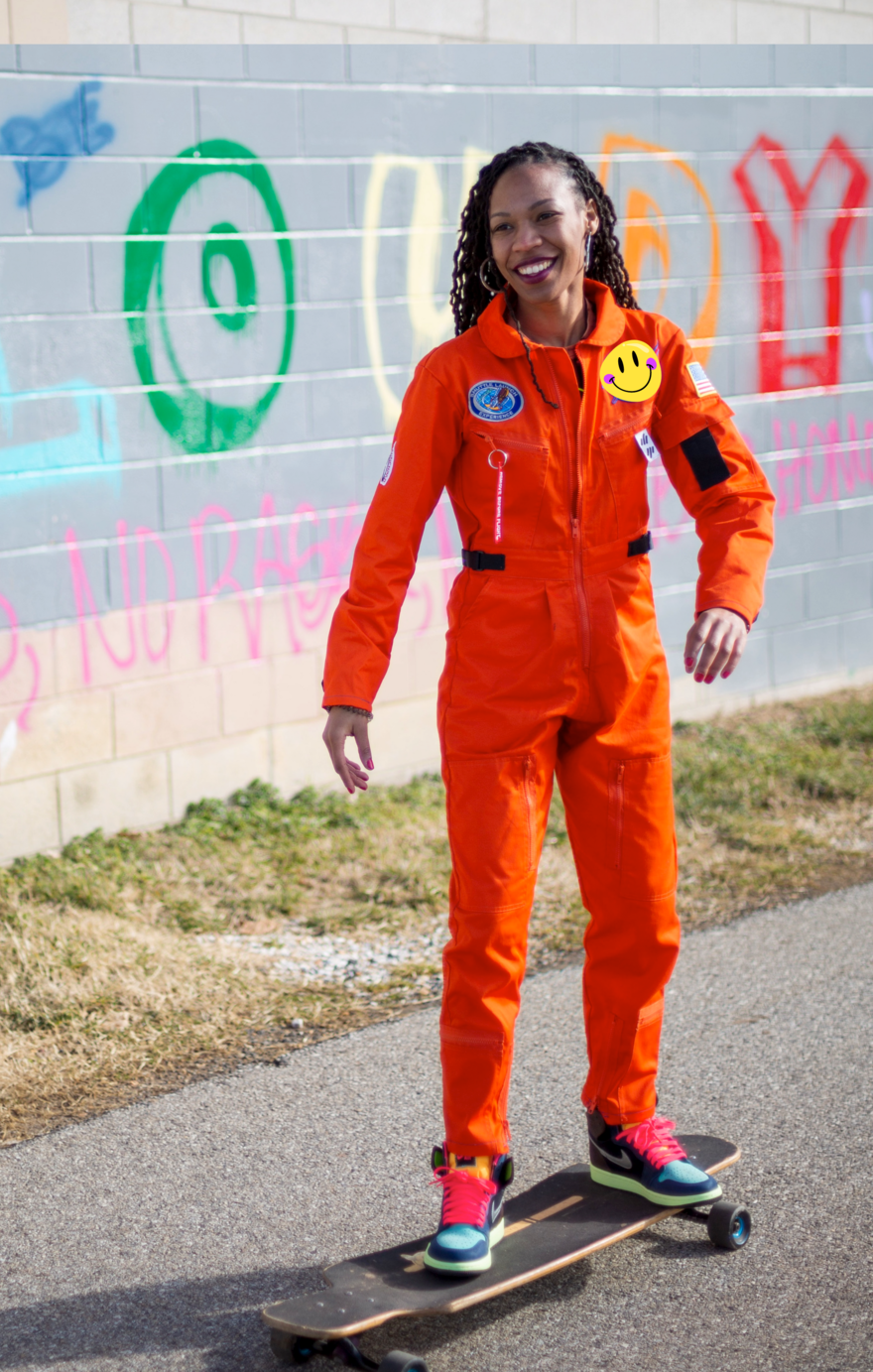 Few have a day job quite like Sabrina Thompson. The 37-year-old aero-engineer has spent the last 12 years at NASA focused on designing orbit trajectories for space missions. When she isn’t working as a literal rocket scientist, Thompson dedicates her time to creating new fashion designs and mentoring young girls in STEM through her Girl in Space Club. Now, with the launch of her Kickstarter – a project to construct the first women’s space travel suit – she can also add entrepreneur to her impressive CV.

Despite NASA’s “60 years and 600 humans in space,” there are currently no space travel suits specifically tailored to women’s bodies. In 2019, the agency even had to cancel the first all-female spacewalk citing a lack of suitable apparel. Now, with her Kickstarter, which ends on November 23rd, Thompson is setting out to prototype the first suit designed to “comfortably fit women during their travels to and from space.” 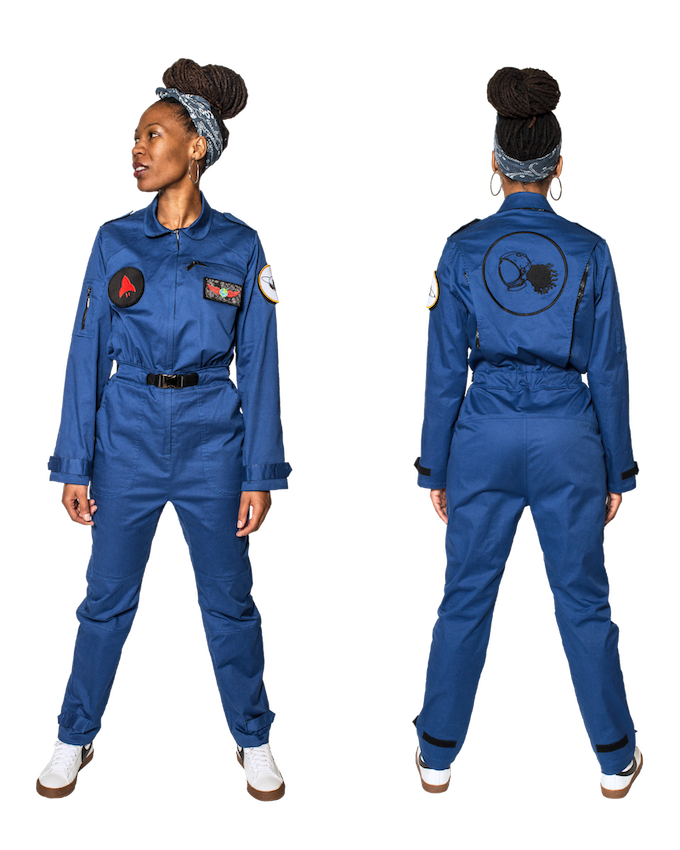 For the uninitiated, the type of space suit Thompson is working on is called an Intra-Vehicular Activity (IVA) suit, not to be confused with the iconic white Extra-Vehicular Activity (EVA) suits astronauts don for space walks. Though less showy, IVA suits – those orange onesies often worn on the Space Shuttle – are of critical importance for safety and must be tailored to include a fully-pressurized system to handle fluctuations in cabin pressure inside the spacecraft. Thompson’s suit, which will go through a rigorous materials check and several rounds of tests before real-world use, will provide this necessary protection, while still “comfortably and stylishly fitting the female form.” And she already has several astronauts and women in the aerospace community lined up to test her creation.

Despite a laser focus, Thompson’s career trajectory was anything but a straight shot. “I stumbled upon this career, no lie,” jokes the former class valedictorian. “When I was a kid, I was playing basketball, making art – I had no clue what I wanted to do when it was time for me to pick a college major.” Thompson’s art teacher suggested engineering since she excelled at math and science. “So I asked my physics teacher what he thought, and he told me, ‘You should stick with art.'” Rather than deter her, his comments lit a lifelong fire for STEM. “I was the type of kid that if someone told me I couldn’t do something, then that’s the one thing I was going to do.”

Thompson studied engineering at SUNY Stony Brook, then went to grad school at Georgia Tech, where she eventually completed a second Masters in Atmospheric Physics. But a passion for art persisted, and in 2019, she signed up for a sewing class at Sew Bromo, a fashion education incubator in Baltimore. The course, taught by Nicole Myrick, founder and president of Belvidere Terrace Atelier, helped Thompson think expansively about the problems she could solve through art and fashion. Myrick’s mentorship, as well as the help of Sew Bromo founder and fashion world veteran Stacy Stube, enabled Thompson to realize she could build upon her engineering work and meaningfully contribute to the comfort and quality of life of the female astronauts she was working with – especially as they began to take on larger roles and new missions. 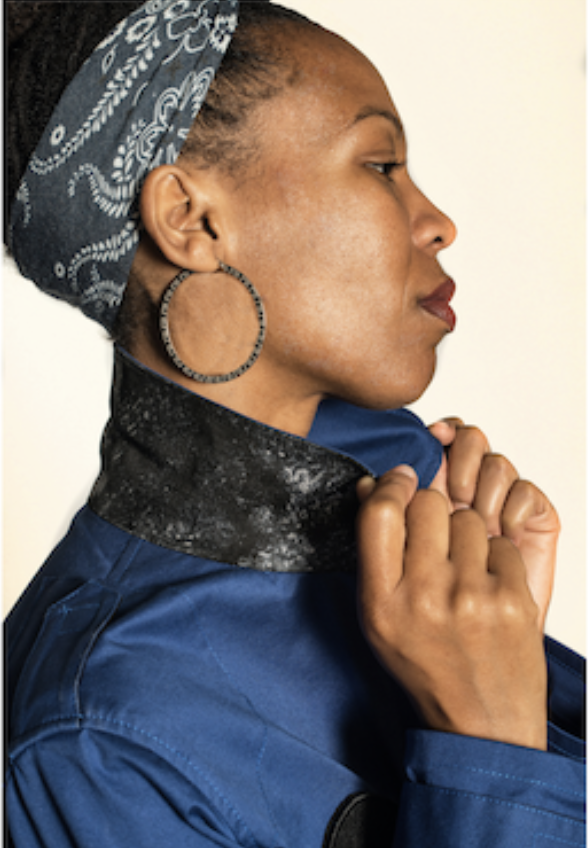 “I started researching and saw that, from the beginning, spacesuits were never designed specifically for women,” explains Thompson, who came to realize how many women over the years had tested and trained to be astronauts but were ultimately unable to take flight. “It became clear to me that this was an area that nobody touched,” she says. “I kept reading, ‘No, we design spacesuits for humans. It doesn’t matter the gender.'”

What Thompson heard from the female astronauts she spoke with – many of whom complained of the difficulty in using the bathroom in a standard suit – told a different story. And a shift in demographics has made change all the more necessary. Though only 11% of past space fliers have been women, the current corps of NASA astronauts is 40% female. In 2022 alone, 50% of the NASA astronaut crew members supporting the International Space Station (ISS) missions have been women. As space travel continues to privatize, and women increasingly take on major roles at companies like SpaceX, Blue Origin, and Virgin Galactic, they will need this crucial outfitting.

“It’s exciting times as access to space is continuing to open up to more fliers from more diverse backgrounds,” Thompson says on her Kickstarter page. “In the not-too-distant future, we will have humans (not just professional astronauts, but private astronauts and space tourists) not just orbiting our planet in low Earth orbit on space stations, but establishing a permanent presence on the Moon and Mars.” 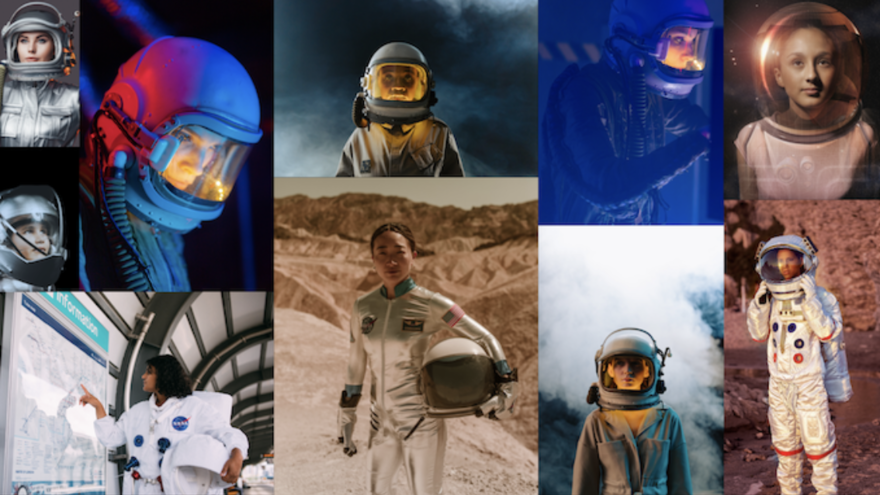 After her Kickstarter wraps, Thompson and GISC will begin to design the suit utilizing the insights and experiences of those who have built, tested, and even worn pressurized spacesuits in the past – as well as the female astronauts, engineers, researchers, and fashion experts who make up her current advisory committee. “It will take us a couple of tries, but at the end of Phase I, we will deliver a fashionable and functional flight suit and spacesuit that fits the female form, and that can be tested on real female astronauts,” she says. During Phase II, she and her team will complete all the testing needed to ensure the spacesuit meets safety standards for flight, including accommodating for fit, mobility, pressure, and microgravity tests. “In Phase II we can test and verify all the different subsystems in the suit,” she says, explaining that her team also wants to ensure that the suit will fit people of different heights and widths. 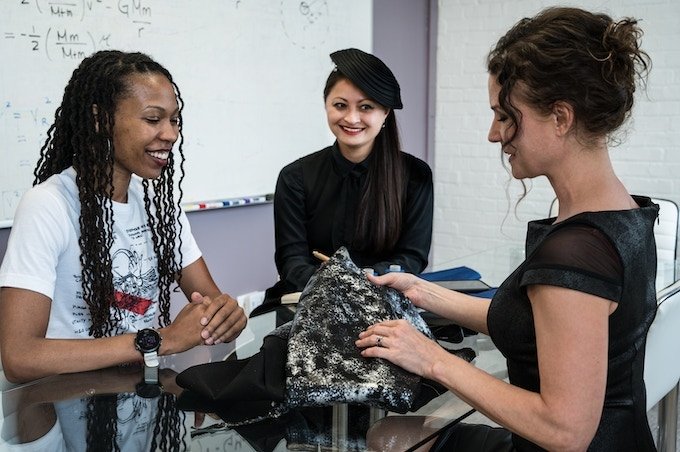 Thompson chose to fund this project through Kickstarter so she could directly manage its development, and also to empower her mentees at GISC to help bring the suits to life. In addition, the launch has allowed her to open up a world of space travel and design that few have previously been able to take part in. “I wanted to share a campaign with the public,” she says about her mission. “To have the average person feel like they were a part of something huge because we see this as a huge initiative, and we can’t do it alone.” And while we can’t all take a walk on the moon – at least yet – for now we can help Thompson make one giant leap for womankind with a suit that finally fits.

The First Women’s Space Travel Suit is now funding on Kickstarter through November 23.