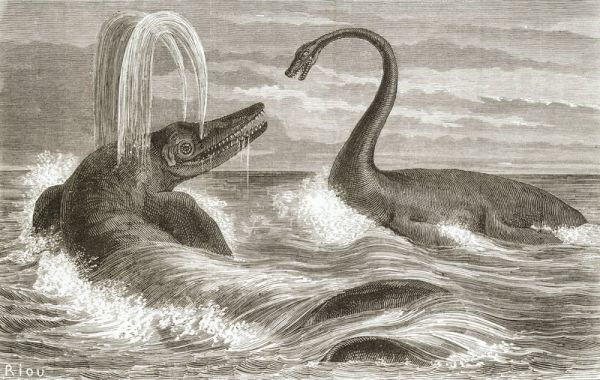 In October of 1886, slaughterhouse workers near Hamilton, New Zealand arrived at work to find that one of the sheep carcasses had been eaten. To be precise, something had climbed up and removed the sheep from its hook and left nothing but bones …and footprints. The witnesses has never seen footprints like that before.

These, New Zealand’s Daily Telegraph reported, were the “undoubted traces of a saurian monster.” The word “saurian” means lizard-like—other papers concluded that this monster must be an alligator or crocodile, despite New Zealand’s smattering of living reptiles being, without exception, only a few inches long.

For two months, throughout October and November, the people of the Waikato region kept up a near-constant watch for their worrying new neighbor. Farmboys reported seeing it in the river, with its head poking up from the creek; indigenous Maori told settlers that they had known of it for some time and called it a taniwha. “Stories are extant among them of a very large animal, like an eel, which has come out of the water at times and chased them, even seizing their legs in its teeth,” reported the New Zealand Herald. A year earlier, a Maori girl had allegedly been found dead in the same river, with the flesh stripped from her arm.

Talk of the monster grew so that no one knew which stories were real and which were exaggerations or pure hogwash. But they eventually found the monster. Read that story at Atlas Obscura.

Oh yeah, the animals pictured were already quite extinct.