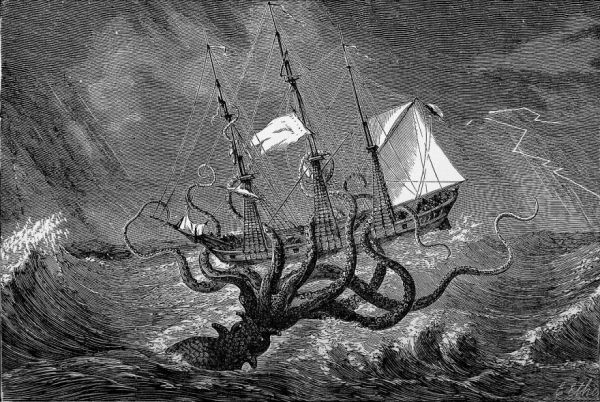 When we read about incidences of sea monsters attacking ships, we think of the Age of Exploration, when sailing ships traveled oceans the sailors knew little about, and brought back amazing stories months later. But a US Navy ship was attacked by an unknown kraken in 1978! The USS Stein, being large and metal as modern destroyers are, suffered a mysterious technical breakdown that turned out to be an attck that no one witnessed. The sonar system went down, and the Stein returned to port to assess the damage. Upon examining the huge dome on the front of the ship that housed the sonar unit, they found scratches up to four feet long in its rubber coating. They also recovered several claws from underneath the rubber. 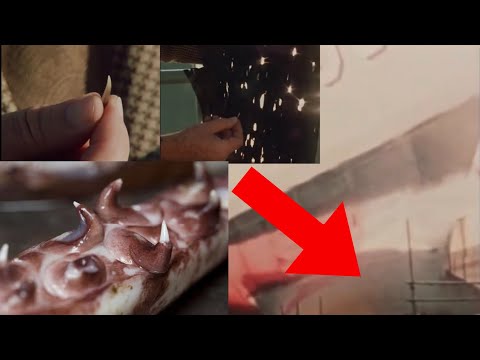 The most likely suspect is a colossal squid, the only known squid to have these kinds of claws on their tentacles. It’s possible the squid identified the ship’s dome as a sperm whale, its natural enemy. However, the size of the claws were big enough to indicate that the squid would have been larger than any colossal squid observed yet. And colossal squid are thought to inhabit the Southern Ocean around Antarctica. It seems that either colossal squid are larger and more free-ranging than previously thought, or else the creature that attacked the Stein is something else that we don’t yet know.  Read the tale of the USS Stein attack at IFL Science.  -via Nag on the Lake