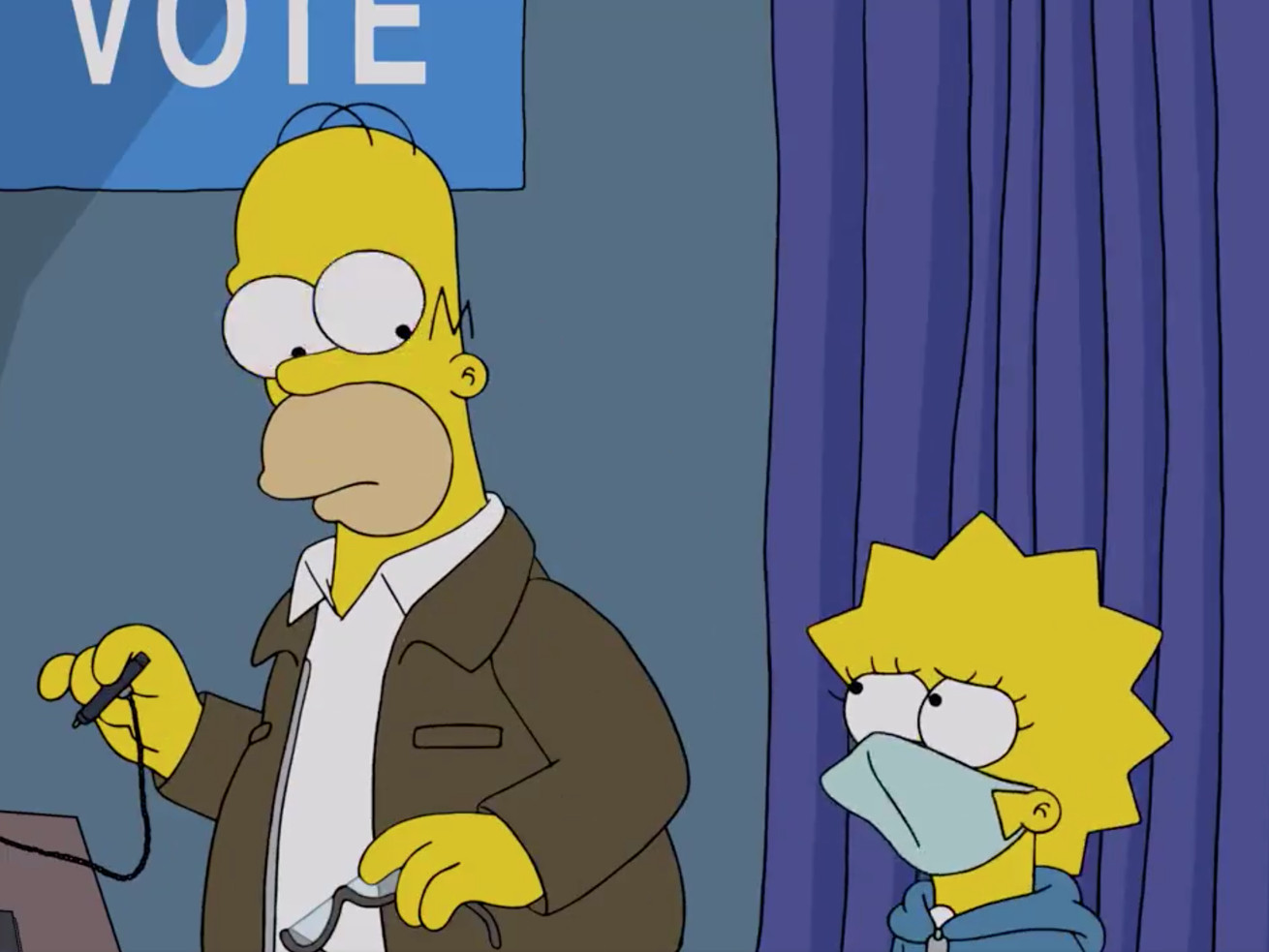 This is a good reminder for anyone voting this year

It’s October which means it’s Spooky Season! This year, though, Spooky Season encompasses not just ghosts and ghouls and Halloween, but also the really truly terrifying stuff. Like the fact we’re teetering on the edge of a complete dictatorship (with illegal, fake drop boxes and “poll watchers” we’re definitely making a steady descent), less than a month away from the election that will decide the future of democracy in this country — as in, whether democracy will exist or not.

For what it’s worth, if you look at who Trump’s cronies are, like Jared Kushner and Rudy Giuliani, we could mention “ghosts and ghouls” a second time.

In news that doesn’t want to make me stress-drink at 2 o’clock in the afternoon and hyperventilate into a paper bag, Spooky Season also means that it’s once again time for The Simpsons Halloween special, “Treehouse of Horror”. The teaser for this year’s special, which dropped earlier this week, takes a different approach from previous years. Instead of haunted houses or visits from Kodos and Kang, the teaser sees Homer in a voting booth.

Because, as we’ve discussed, what the hell is scarier than this election.

Homer begins hemming and hawing about which presidential candidate to vote for, but he doesn’t contemplate for very long before Lisa, donning a mask (atta girl!), appears in the booth to remind her dad of all the heinous shit Trump is responsible for over the last four years, like “Pulled out of the US Climate Agreement” and “Allowed bounties on soldiers” and “Described Meryl Streep as ‘overrated’”. Although the rolling text didn’t even cover the half of it, this Reader’s Digest of Trump’s four years in office was enough for Homer to make his decision.

Check out “Treehouse of Horror XXXI” this Sunday, October 18, on Fox.