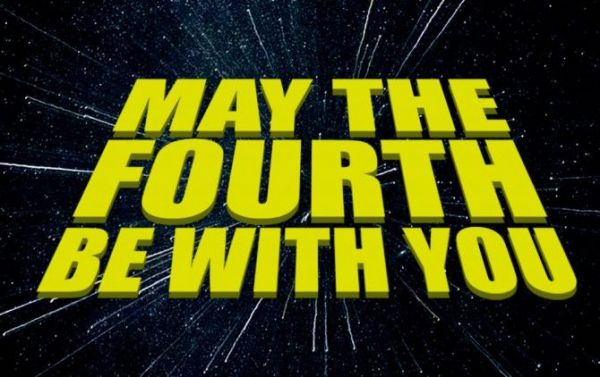 A simple pun somehow turned into a worldwide celebration of all things Star Wars. It’s futile to try to pinpoint who first made the joke. Every year when I was a kid, my father would make a big deal out of March fourth, as in “March forth!” so we can assume that someone somewhere altered the Star Wars reference for humor in May of 1978, and there is evidence that it was re-used for July 4th that same year.

Interestingly, the first major public usage of “May the Fourth be with you” wasn’t some geeky pronouncement, but rather a political joke made by British conservatives. It was a celebration of a slight return to the days of empire under Margaret Thatcher. On May 4, 1979, Thatcher had just been elected as the first female prime minister in the U.K., and the London evening newspaper ran a half-page ad that wished her well. The ad read: “Congratulations Maggie, May the 4th be with you!”

So by now the phrase is almost 45 years old. But it took several more steps for the day itself to be recognized as a geek holiday. Read the history of Star Wars Day at Mel magazine. And May the fourth be with you.  -via Digg