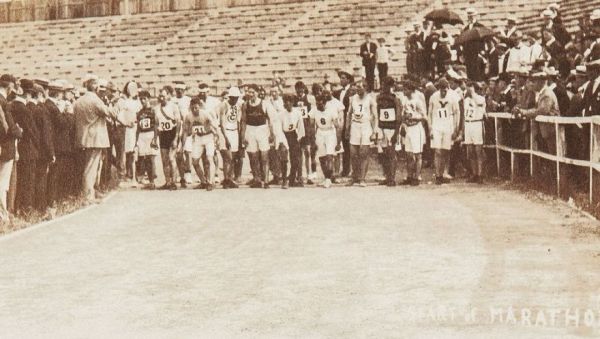 The 1904 Summer Olympics were held in St. Louis, Missouri, because the city wanted the games to be part of the St. Louis World’s Fair. But there were no airports in 1904, and St. Louis is a long way from any sea port, so there were few athletes from outside North America. The marathon was particularly affected, as most of the participants had never run a marathon before. An athlete from Cuba lost all his money on the way gambling in New Orleans and didn’t even have shorts, much less running shoes. Two experienced but barefoot runners from South Africa were there, but only because they were already working at the World’s Fair. The race organizer limited the runners to only two water breaks because he was running a personal experiment, unknown to the athletes. The route was not cleared for the race. It began in 90 degree weather. You can see how things might go wrong.

Only 14 runners completed the 1904 Olympic marathon. The stories of the race that day involved cheating, illness, theft, injury, performance-enhancing drugs, hallucinations, and one runner being chased off course by dogs. Read what happened at the race that came close to being the last Olympic marathon at Amusing Planet.