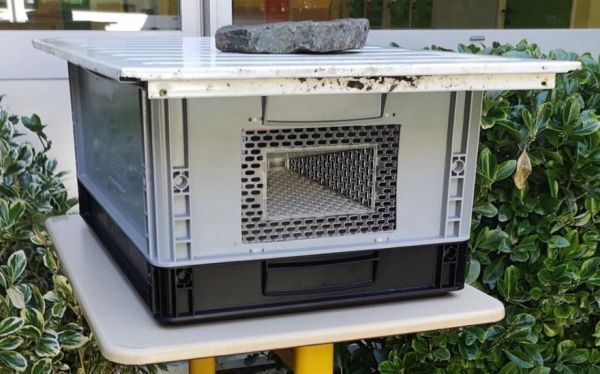 Denis Jaffré, a French beekeeper, lost half of his beehives to the stingers of Asian hornets, which are an invasive species in his country. But now it’s payback time and he’s targeting the creatures that murdered his beloved bees.

Design Boom introduces us to Jabeprode, which is a baited trap that lures insects inside. Bees are small enough to exit through a mesh screen, but Asian hornets aren’t.

Both insects can pass through the exterior mesh, but only bees can get through the interior mesh to access the bait. The hornets, unable to escape, die…eventually.

Jaffré could make a lot of money off his invention, but he sees more focused on killing hornets. So he’s helpfully provided a YouTube tutorial that shows you how to make your own Jadeprode. Now that’s dedication!