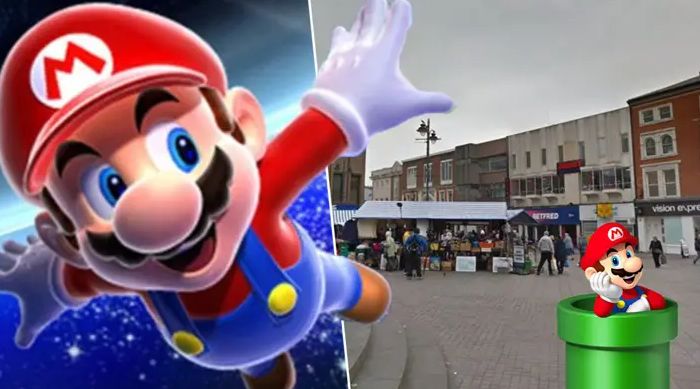 The townsfolk are not so pleased about the change. The local council of Walsall in the British Midlands decided to bring a spice of life to the area by bringing a number of familiar-looking, oversized, bright-green plant pots. The resemblance of the pots to Super Mario’s warp pipes had the residents complaining that the new additions make their town look like it was part of the game:

Birmingham Live reports that Walsall Council’s decision to install the pots has put them under fire from locals. Fifteen of the planters are currently in place, but residents have called them an eyesore, and complained that they represent a waste of public money.

Local florist Andrea Loveridge is quoted as considering them “garish monstrosities”, adding: “It beggars belief. It makes the place look more like something from Super Mario Brothers. They look like those warp pipes Mario jumps down.” And yes, they do, a bit.

You can see the plant pots in, um, action I guess, in the video below (or watch on YouTube).

Another local interviewed by Birmingham Live calls the pots “a garish eyesore and a complete waste of taxpayer’s money”. But surely not everyone in Walsall is down on these green newcomers to the town’s centre? If you’re a local, why not let us know if you approve of these quite-pipe-like additions.

Image via the Gaming Bible