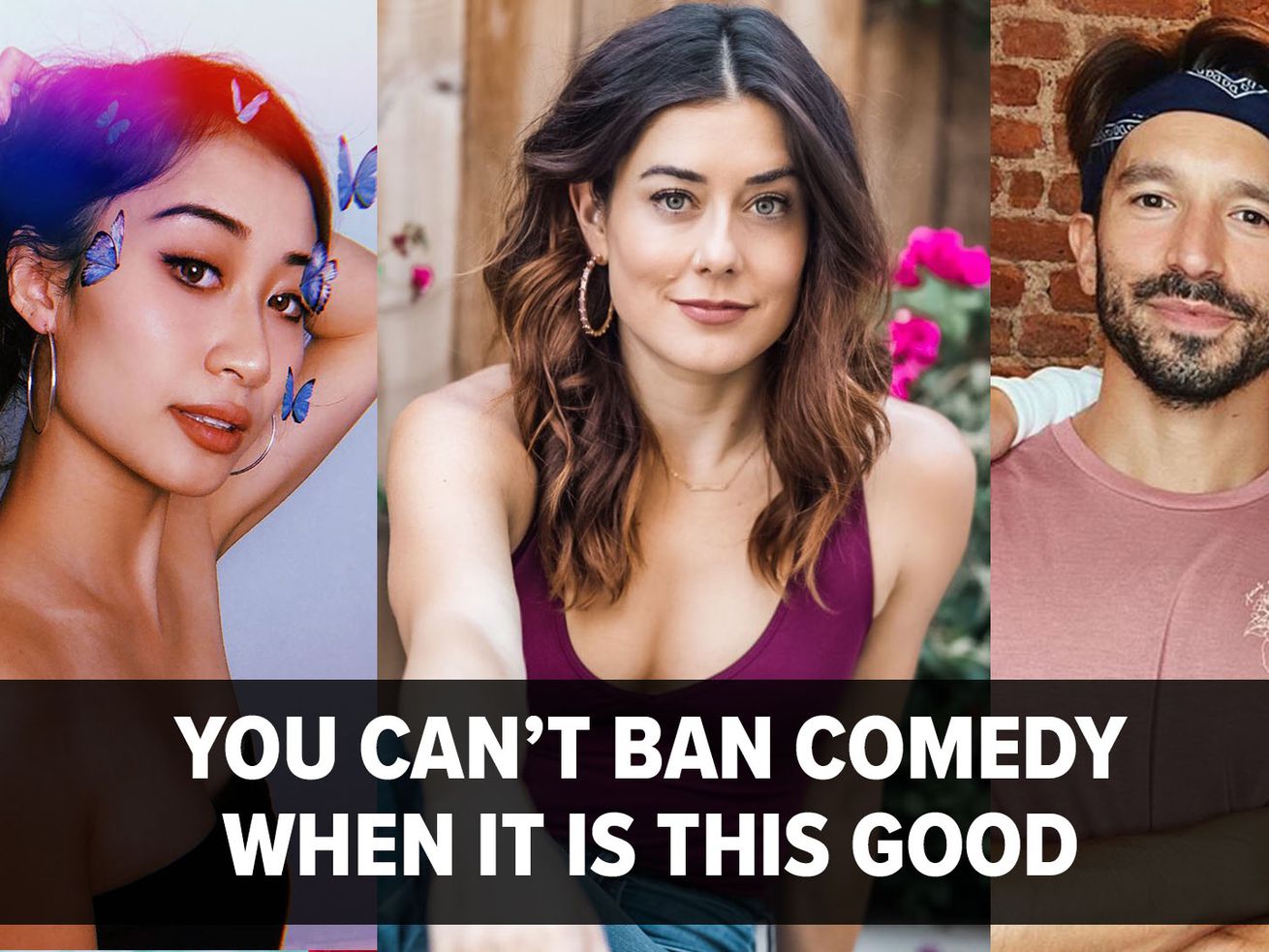 Okay, TikTok not getting banned has less to do with its comedy and more to do with politics and money – BUT I’M SO HAPPY THE APP IS HERE TO STAY SO WE CAN CONTINUE TO WATCH THESE CREATORS SUCCEED

Not to start off on a totally dark note, but I wish Trump cared as much about the pandemic as he does about TikTok.

So… Trump was able to force TikTok to divest to an U.S. company in 90 days with no real evidence that TikTok was actually a national security threat, but we’re 7 months and 200K deaths into the pandemic and we STILL DON’T HAVE consistent testing or mandates that would protect us from MORE unnecessary deaths?

Anyway, to celebrate the fact that thousands of employees and creators likely won’t lose their income in the middle of a global pandemic (see more about why I said “likely” at the bottom of the article!), I wanted to feature the three funniest accounts I came across this week: Chris Olsen & Ian Paget, Manon Mathews, Leenda Dong, and Chris Olsen.

♬ Act 2: In the Hall of the Mountain King – Edvard Grieg

Since Keeping Up With The Kardashians is ending – I found the PERFECT people to fill the void: Ian Paget and Chris Olsen! This gay couple have their own separate TikTok accounts where and they go back and forth playing funny pranks on each other while (intentionally and unintentionally) showcasing their healthy relationship based in strong communication and trust. Honestly – these two getting a reality show is exactly what the world (and the LGBTQ+ peeps) need right now.

asking my boyfriend if “are you just going to sit around all day?”

“I just hit your car” challenge

“My mom is gonna be here in five minutes” prank

Which one are you? #fyp #foryou #gross

Manon Mathews is tactfully awkward and funny. She started on Vine with parodies of Bella from Twilight and has since then created incredibly-relatable, viral, and skillfully awkward sketch comedy that built her a huge following on virtually every platform. Psst – Saturday Night Live – why haven’t you cast her yet!?

Stand back from my pup

If you like Tosh.0 or Ridiculousness, then you’re going to ADORE Leenda Dong. She makes “dumb” viral clips hilarious with her sassy spot-on commentary. Occasionally, she will take a break from roasting viral clips to one-take skits that will make you laugh (and feel personally attacked). I can’t wait for her to get her own viral clip talk show.

the girl who got stuck in all of her shirts

what a cute stingray – I hope nothing bad happens to it

So this Sunday, TikTok is scheduled to get “banned,” but if it does, it likely won’t last very long.

If you missed the last few articles, here’s a quick recap: Trump decided (without evidence) that TikTok was a national security threat because ByteDance (TikTok’s parent company) “could” give user data to China – which again, there is no evidence that this has (or will) happen, and TikTok has publicly stated it would not give data to China.

However, the Trump Administration found a legal loophole that has allowed them to ban TikTok on the basis that it “could” give data to China, and – without due process or evidence – Trump has made two Executive Orders:

Microsoft and Oracle made bids to acquire TikTok, and Oracle came out the winner.

So wait, why is TikTok still being potentially banned on Sunday if it being acquired by a U.S. company?

As of today (September 19th, 2020) Trump has given the partnership between TikTok, Oracle and Walmart his blessing, but we’re still waiting on the paperwork. So the ban is still set to happen Sunday, but will be lifted if and when the paperwork is sorted out by then. (again, the ban would just prevent new downloads and updates to the app – if you have the app – you won’t notice any changes).

Basically, the ban has been a likely unconstitutional way to quickly force TikTok (an app with over 800 million users and a net worth of over 78 billion dollars), to be acquired by a U.S. company, specifically Oracle, which is conveniently owned by one of Trump’s richest supporters: Larry Ellison. It feels (and looks) like this ban is less about avoiding a potential national security threat and more about making a profit.

If TikTok doesn’t comply with Trump’s demands (whether or not the terms of the deal are fair), and doesn’t win its lawsuit against the Trump Administration, TikTok loses everything. And if TikTok ends, it isn’t just “cringe” teen dancing videos that disappear: thousands of TikTok employees and TikTok creators will lose their income in the middle of a global pandemic.

Moving forward, one of three below things could happen, and I’ve listed them in order of what’s most (and least) likely to happen:

ARTICLES REGARDING THE TIKTOK BAN

Is TikTok Spying On You For China? (Forbes)

Is it time to delete TikTok? A guide to the rumors and the real privacy risks (Washington Post)

Like my TikTok recommendations? Cool. Got better ones? Awesome! If there’s a TikTok account you think FOD should feature, send it my way: [email protected]

Read all of our TikTok Creator Spotlights! http://funnyordie.com/tiktok-spotlight

Rating Trump Is NOT Banning TikTok Because This Comedy Is TOO GOOD TO BAN!! is 5.0 / 5 Votes: 2
Please wait...
Loading...
Related articles