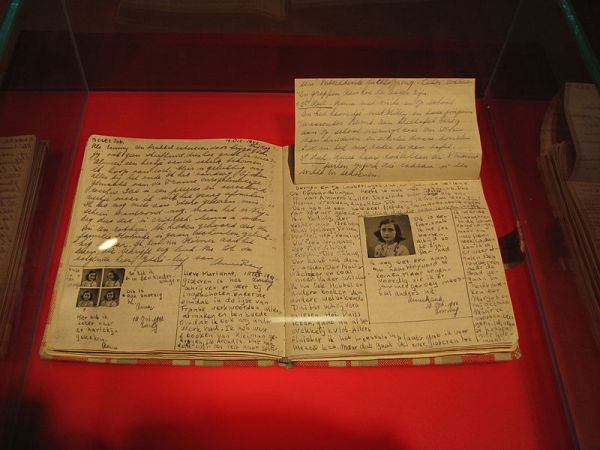 When Otto Frank read his daughter Anne’s diary after World War II, he removed some pages he considered too personal before he submitted the diary for publishing. That wasn’t the only part that was censored. There were two pages that had been covered with brown tape, probably by Anne herself. Using new imaging techniques, researchers have been able to see through the paper tape to find out what was written. The pages contained dirty jokes and musings on sex that the 13-year-old Anne had written in 1942. For example,

“A man had a very ugly wife and he didn’t want to have relations with her. One evening he came home and then he saw his friend in bed with his wife, then the man said: `He gets to and I have to!!!”‘

Frank van Vree, director of the Netherlands Institute for War, Holocaust and Genocide Studies, said: “Anyone who reads the passages that have now been discovered will be unable to suppress a smile.”

“The `dirty’ jokes are classics among growing children. They make it clear that Anne, with all her gifts, was above all also an ordinary girl.”

Read more of the newly-discovered writing at Evening Standard. -via Business Insider