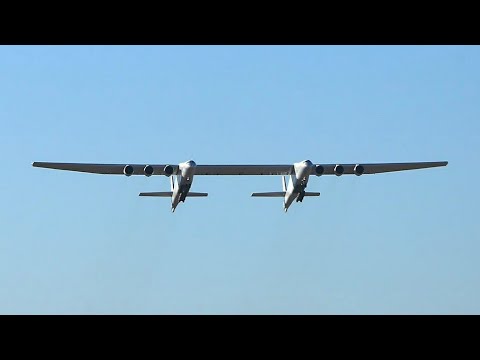 With a wingspan of 385 feet, the Roc (named for the legendary gigantic birds) can carry up to 275 tons of cargo. Specifically, it’s supposed to carry rockets high into the air, then launch those rockets into orbit. On Thursday, Stratolaunch, the company which produced the Roc, completed its second test flight. Space.com reports:

Stratolaunch is developing its own family of hypersonic vehicles, including a reusable 28-foot-long (8.5 m) craft called Talon-A, which will be the first to fly with Roc. But that won’t happen for a while yet; Roc needs to make a number of additional solo flights first, company representatives said today.

If all goes according to plan, the first drop tests with Roc and a Talon-A test article will occur early next year. An expendable version of Talon-A will reach hypersonic speeds later in 2022, and the first flight with the reusable Talon-A variant will follow in 2023, said Stratolaunch chief technology officer Daniel Millman.

Photographs That Bring the Past Into the Present

Even Wealthy Americans had Worms in the 1800s