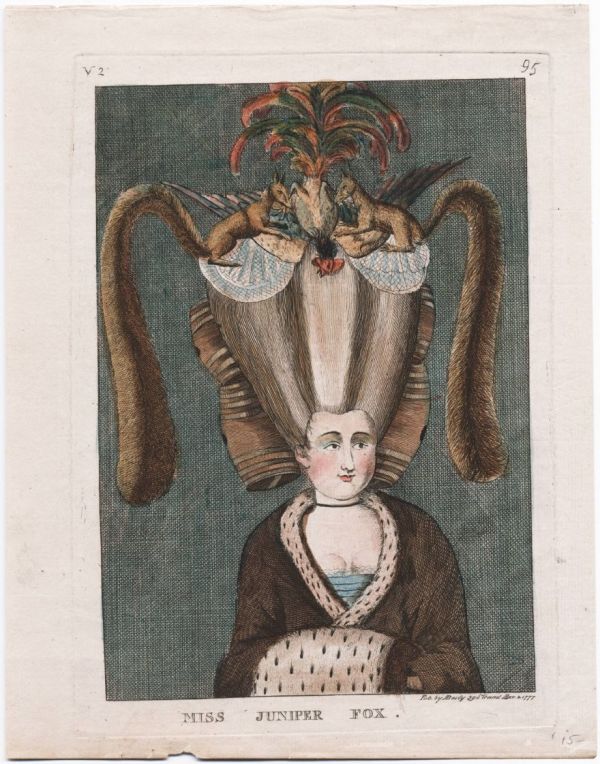 The teased bouffants of the 1950s and the Aquanet curls of the 1980s couldn’t hold a candle to these hairstyles! Besides, holding a candle to any such hairdo is a bad idea. For a short time in the 1770s, big hair was bigger than ever. Ladies in England copied ladies in France, and wore elaborate constructions on their heads that combined hair lifted high and decorated with jewelry, toys, flowers, and whatever could contribute to the look. The style even traveled to America, where it was only used for special occasions by wealthy city dwellers because Americans were pretty busy in the 1770s. How high were those hairdos? We aren’t sure, because the artistic depictions of them tended to be caricatures that greatly exaggerated the trend. But those caricatures are scathing and fun to see. The image below not only satirizes the enormous hair, but also the  British conflict with the American colonies, as the hairdo depicts the British evacuation of Boston. 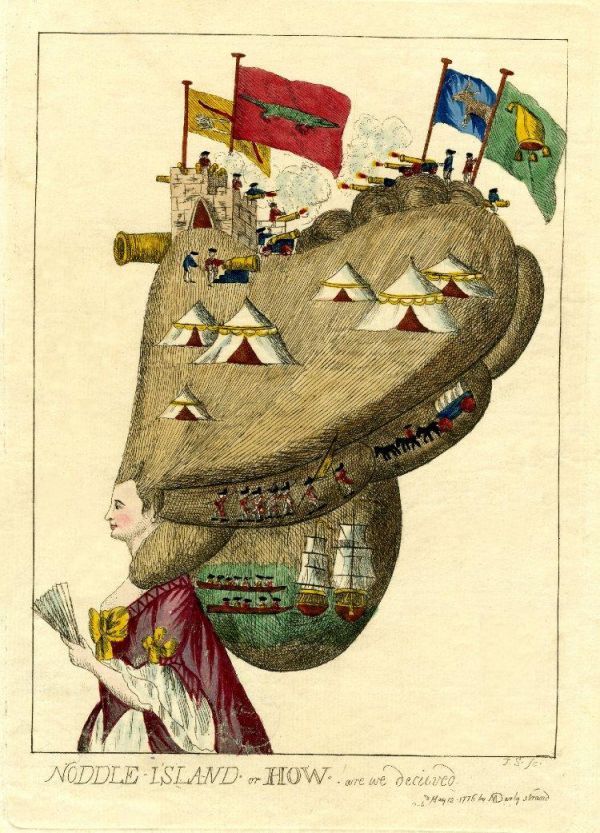 The styling of these hair constructions was lampooned, too. Stylists had to climb ladders or hang from ropes to reach the hair they were working on! Big hair wasn’t limited to women, either, as men known as macaronis adopted bouffant styles, too. Enjoy a gallery of 36 caricatures of the big hair trend of the 1770s at Flashbak. -via Nag on the Lake