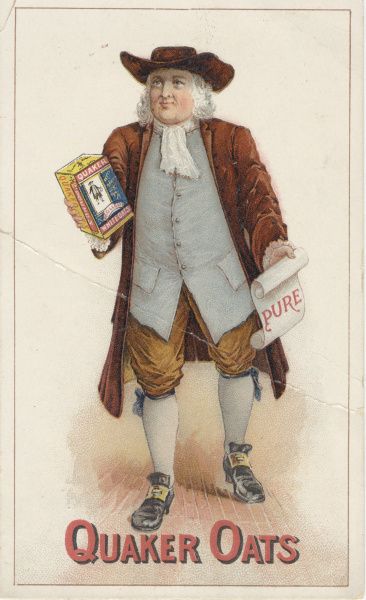 The face of Quaker Oats seems like a kind, old man with a nice smile trying to persuade you to live a healthier lifestyle and eat oats for breakfast. Some say that he was based on William Penn, the founder of Pennsylvania. But there is more to the actual historical figure of William Penn than meets the eye.

Penn was a man of paradoxical qualities. He espoused a radically egalitarian Quaker theology, insisting that something divine resided within each individual, yet he owned slaves on his American estate. He praised representative institutions such as parliament and the jury system, but spent years in hiding for his loyalty to an absolutist king.

‘I am like to be an adopted American,’ he wrote shortly after arriving in Pennsylvania in 1682, but spent only four of his remaining 36 years there. And he was chronically incapable of managing money, spending eight months in an English debtors’ prison in his 60s, even while his colony quickly became a commercial success.

Rating Who is William Penn, The Guy People Think Whose Face is on Quaker Oats? is 5.0 / 5 Votes: 5
Please wait...
Loading...
Related articles