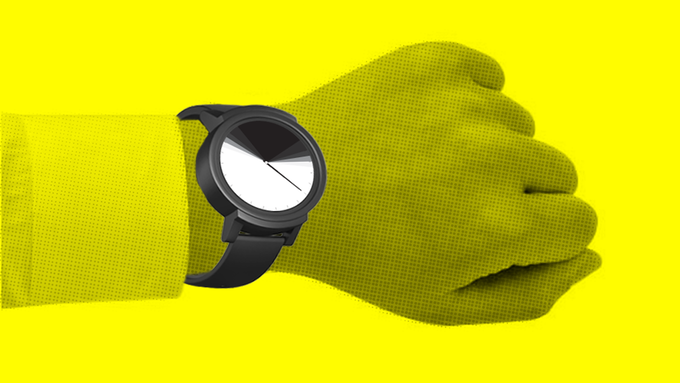 Ted Hunt lives on a houseboat in London. It’s a semi-nomadic lifestyle that he says has “pretty drastically” changed his relationship to time.

“I don’t have a permanent mooring for the boat, so I have to keep moving it to a new location every two weeks,” he says. “The pace of life on a boat is far slower: A journey across London that might take 40 minutes on the tube can take about four hours on a boat; a journey across the country that might take four hours on a train can take more than four weeks on a boat. And I’ve also become far more attuned to the seasonal changes around me as they happen day by day and week by week.”

Developing this alternate perception of time made him think about how “humans don’t come equipped with a biological sense of time in the same way that we have eyes to see, a nose to smell, and ears to hear,” he says. “That has meant that we talk about time, narrate time, in order to sense it. It’s no coincidence that we refer to ‘telling the time,’ because time is a story that we each tell and we are each told. That story, like all stories, can change over time.” As we face an intensifying climate crisis, he thinks it’s time to do more to connect that story back to nature.

The Royal College of Art (RCA) alumnus started exploring these ideas through conceptual diagrams and eventually watch faces, and is now translating his art practice into an everyday time-telling app designed for smartwatches and phones. Circa Solar, live on Kickstarter now, replaces traditional numbered watch faces with a digital display of 24-hour light cycles, informed by the season and the wearer’s geographical location. 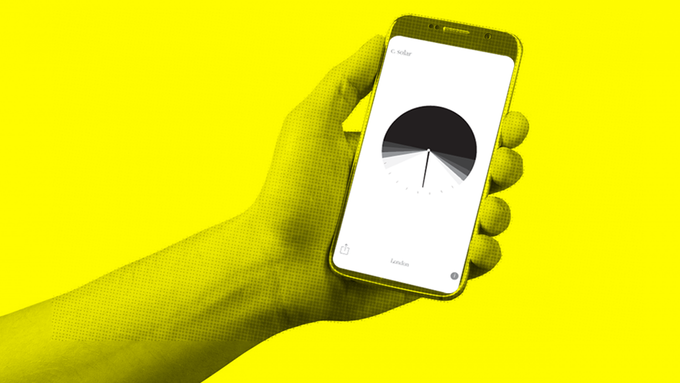 An experimental presentation of time turns to a simpler one: watch faces

When Hunt was at RCA, he recalls Professor Anthony Dunne demonstrating how altering perspectives and differing vanishing points can transform illustrations of space. That inspired him to experiment with similar treatments of time. Hunt created a work titled 10 x time to explore the concept. It illustrates how time can move backward, converge, contextualize, and connect, quoting famous thinkers who have proposed alternative models for understanding time. 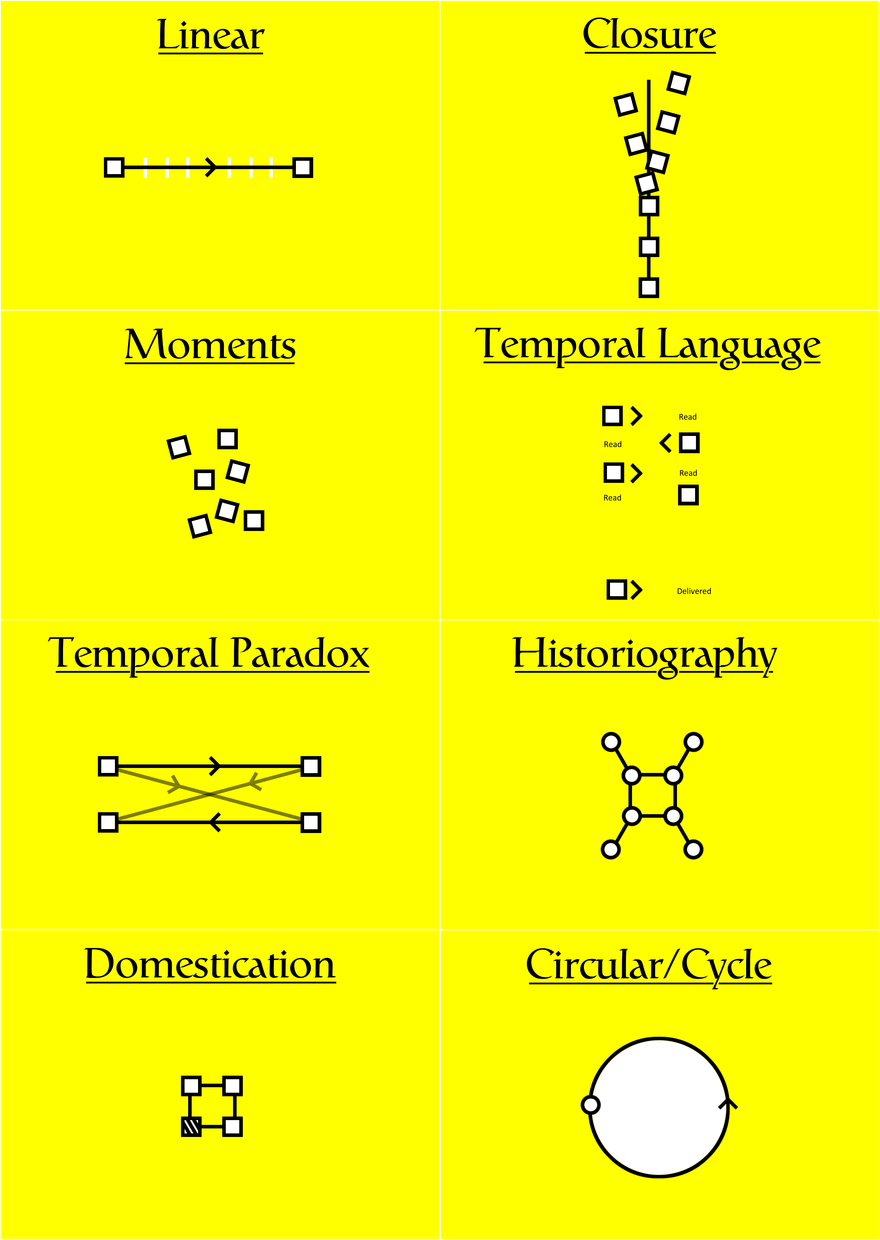 When Hunt returned to the idea a few years later, he decided to work with a much more straightforward, quotidian medium: watches. “The watch face would provide the viewer with a familiar frame of reference,” he explains, “and the alternative design for time would propose something unfamiliar.”

Collaborators and supporters from academia to tech join as early supporters

As a resident at Somerset House Studios, Hunt approached Professor Matthew Soteriou of the King’s College London philosophy department with some loose ideas about redesigning time. “Together we agreed to explore the question of ‘How does the way we view time influence how we value and occupy time?’ as a team of two with a small budget, nine months, and curious minds,” Hunt says. 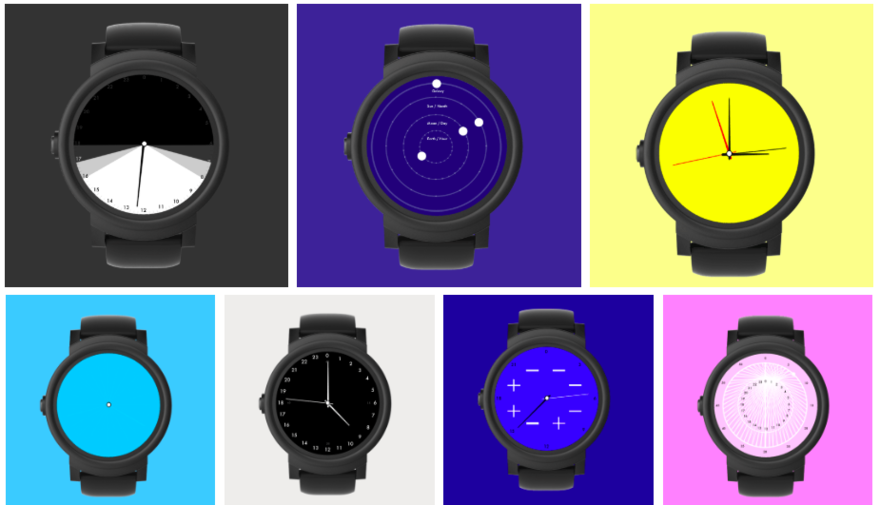 The “Sense of Time” exhibition explored several different depictions of time, including Circa Solar.

He reached out to smartwatch developer Krishna Prajapati to turn GIF sketches into working technical prototypes within the Wear OS platform. Digital watch company Mobvoi gifted them 10 Ticwatch E devices for testing and displays, and London Design Biennale and Studio Wayne McGregor supported project development. Having these wearable prototypes at Somerset House and King’s College London exhibitions, Hunt says, “allowed for a suspension of disbelief and active consideration of what it might be like to live your life according to each of those perspectives of time.”

Making the conceptual compatible with widespread use

The perspective the team is most eager to bring to life is Circa Solar. It’s a watch design that removes numbers from the affair entirely, and instead represents daytime and nighttime as light and dark wedges that fluctuate with the season and the wearer’s geographical location. It “relaxes time to approximates rather than exacts,” Hunt says, and realigns the wearer with natural circadian rhythms. 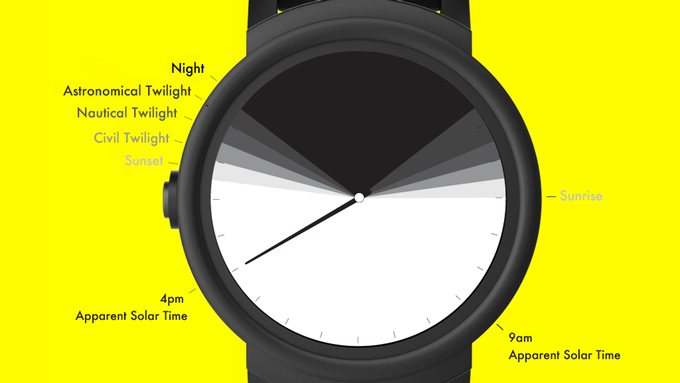 If the Kickstarter campaign reaches its goal, Prajapati will be developing the next iteration as a cross-platform app for open release on iOS, Wear OS, Android, and Apple Watch, so that anyone might adopt this interpretation of time into their routine.

“When we ask ‘What is the time?’ we’re supporting the presupposition that time is an absolute, that there is always going to be a single and correct answer to this question,” Hunt says. “This is not only an extremely human-centric view of time, but it is also a significantly Westernized and industrialized mindset. Many cultures have very different perceptions of time to the version dictated by the ticking clock and international time zones all organized around Greenwich here in London. By re-questioning time, we can begin to acknowledge the multiple toxic delusions that are embedded within the notion of ‘the time.'”

The “toxic delusion” that weighs most heavily on Hunt is our anthropocentrism.

“We now know that humans make up just 0.01 percent of the entire biomass of Earth. The other 99.99 percent of non-human living things have little purpose for ‘9 am Monday morning,’ as it is entirely a human construct,” he adds. “Adopting the same temporalities of day-night cycles and circadian rhythms as the life we coexist with might allow us to begin to consider ourselves a part of nature rather than apart from nature. This could form the beginnings of an awakening of consciousness that we need to address our broken relationship to nature, and in turn act upon the urgency of the climate crisis. It’s an ambitious aim, but as a species we’re facing a radical threat, so we need pretty radical shifts to our understanding of our place in the world.”

Circa Solar is live on Kickstarter through August 15, 2019.

Rating Why This Watchmaker Thinks It's Time to Forget about Time is 5.0 / 5 Votes: 3
Please wait...
Loading...
Related articles