There’s an old saying, ‘The only way to a person’s heart is through the stomach.’ Whether it’s a PB & J sandwich or an easy-to-make Mac & Cheese — there’s no better way to show how much you appreciate someone than filling their belly with homemade food. And yet: who could have thought that stomach is an equally fast way out from someone’s bloody heart?

Reddit user by the name of ‘TheElderAgrippina’ learned this the hard way. For three-and-a-half lovely months, 22-year-old “John” did not complain about the meals his vegan girlfriend was preparing. However, things quickly went out of hand as soon as he learned about the food he was happily munching on that eventful Christmas dinner.

Blamed for “tricking” him into her meatless diet, the author of the story turned to ‘Am I The [Jerk]‘ subreddit to see if she’s as evil as her boyfriend claims her to be. 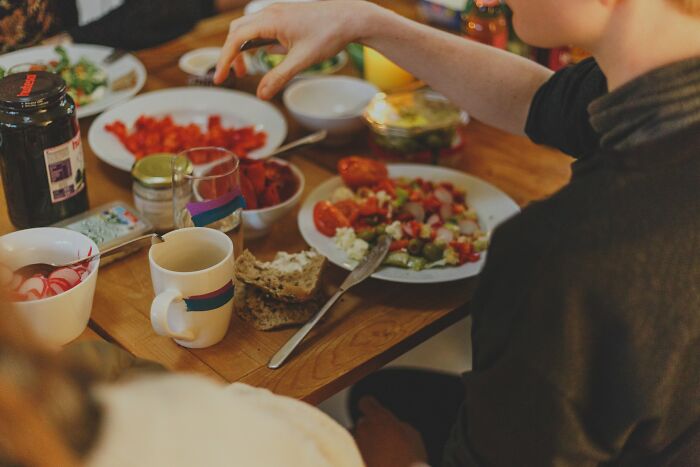 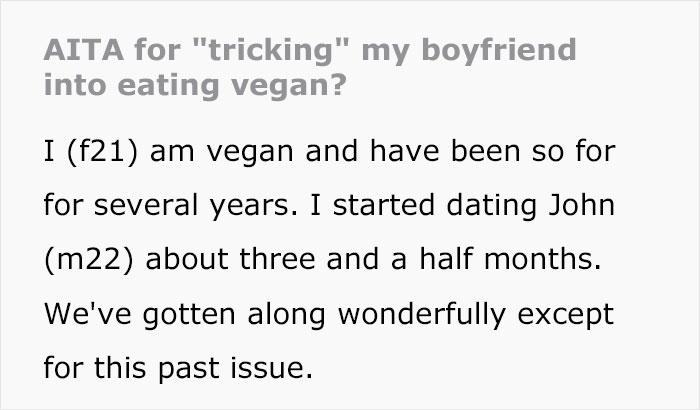 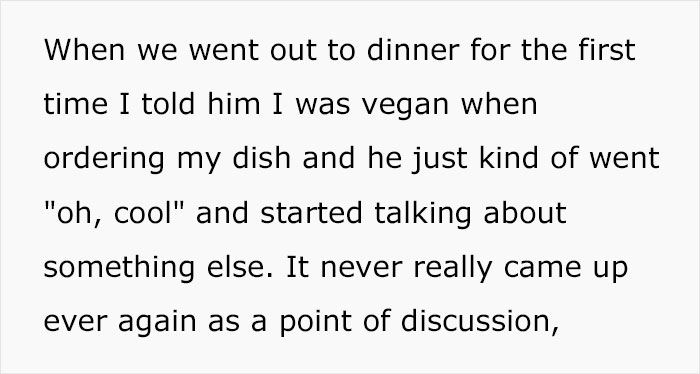 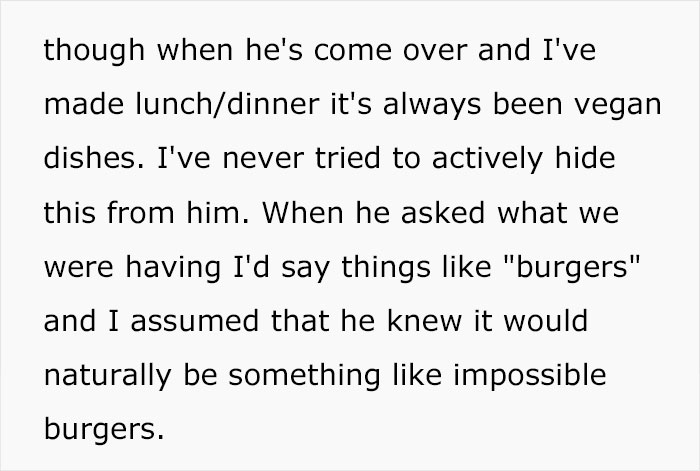 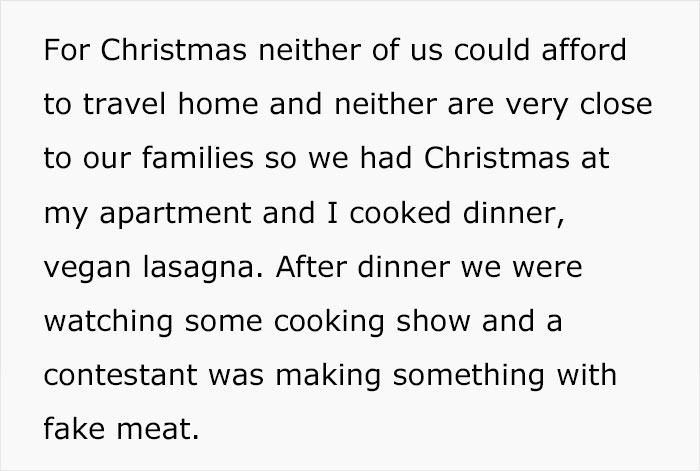 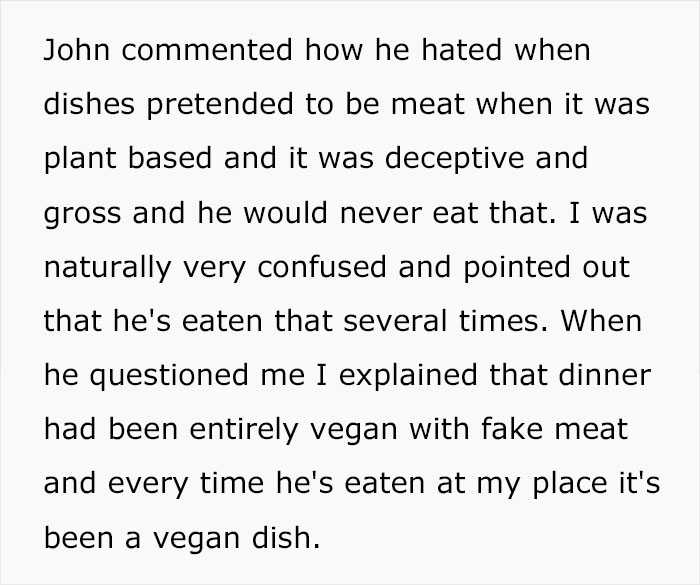 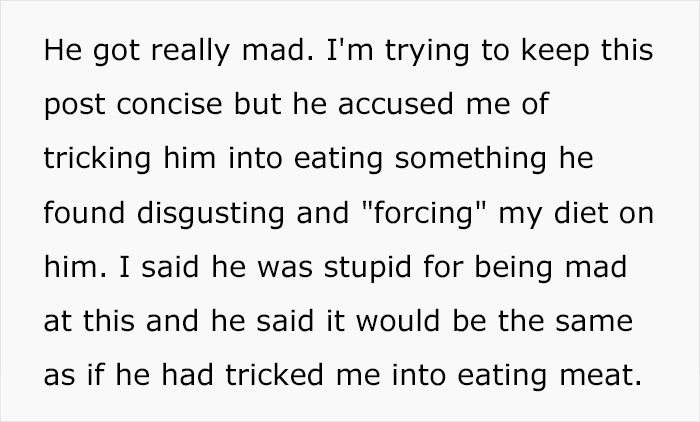 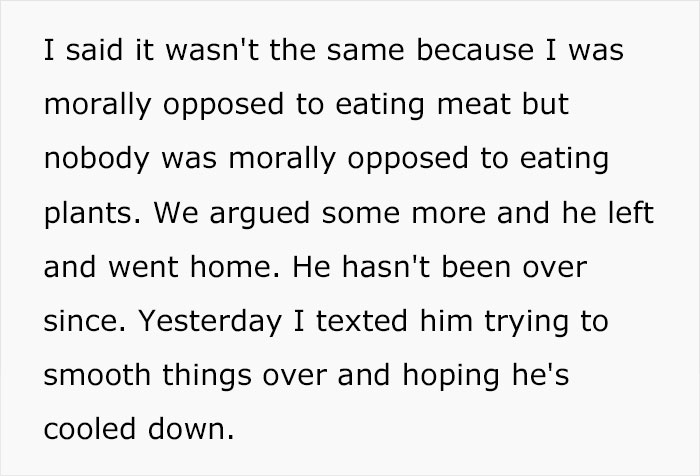 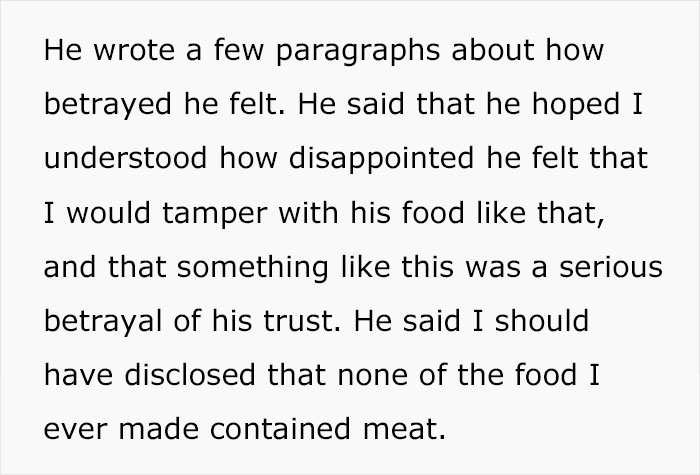 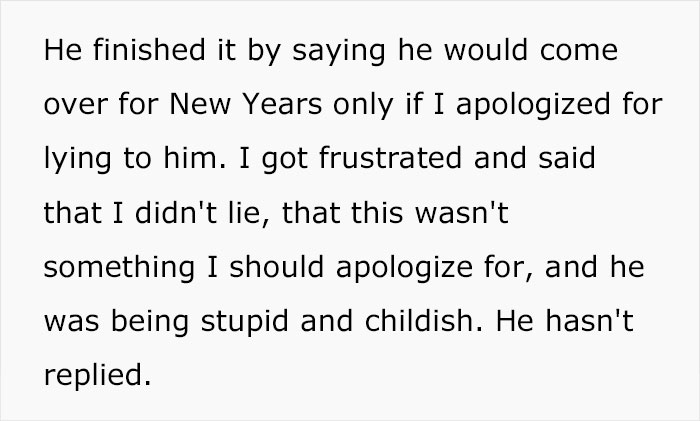 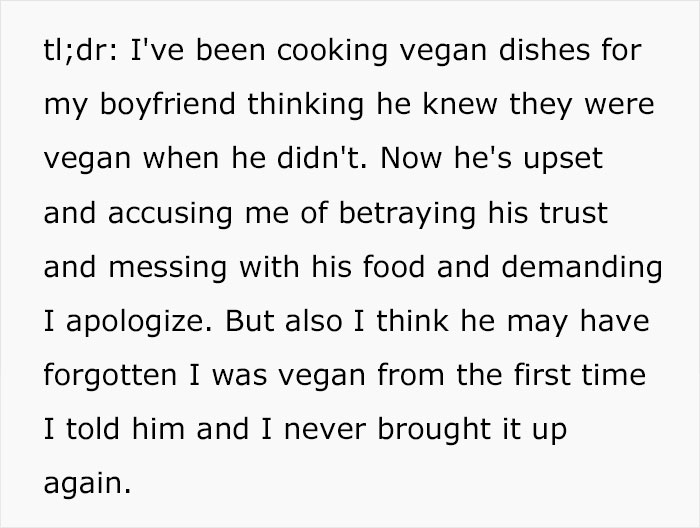 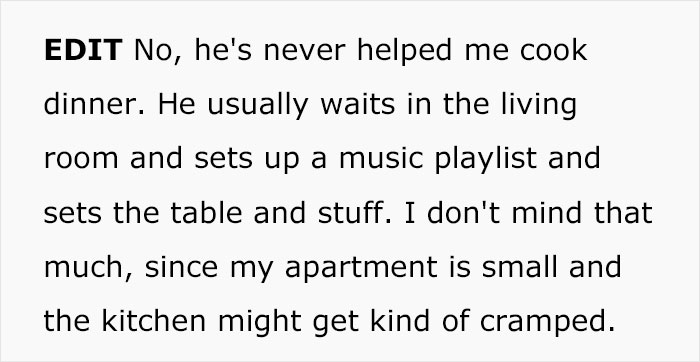 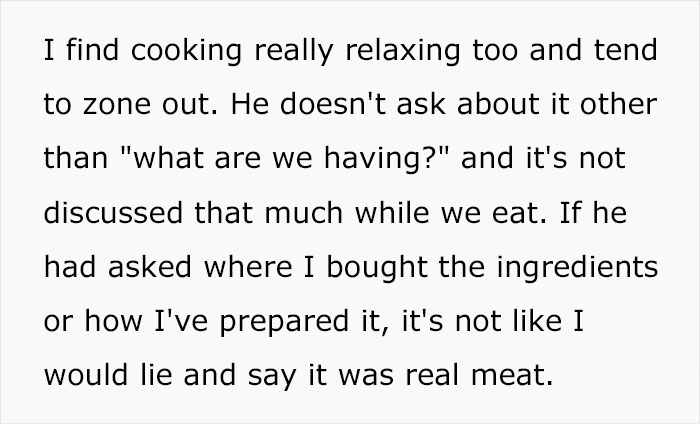 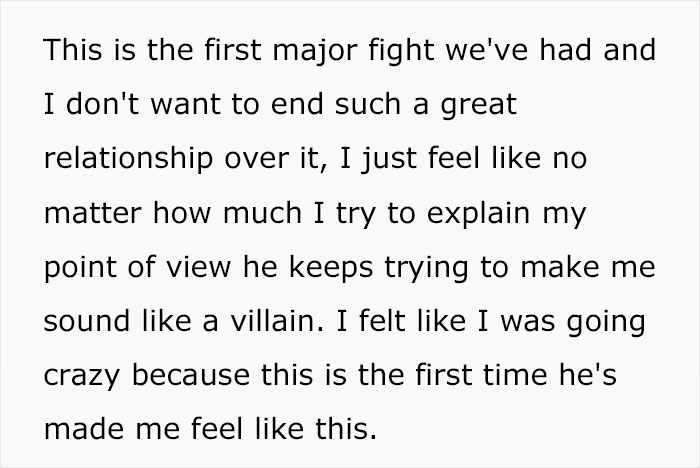 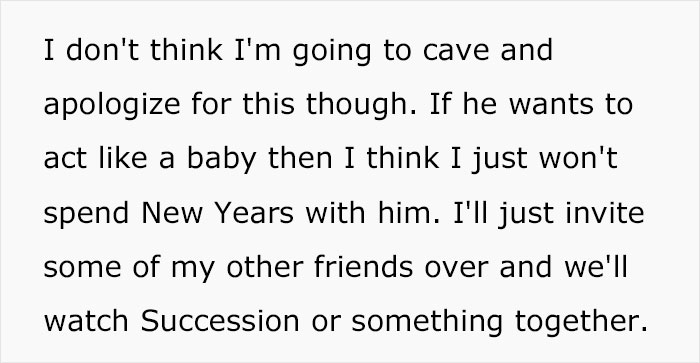 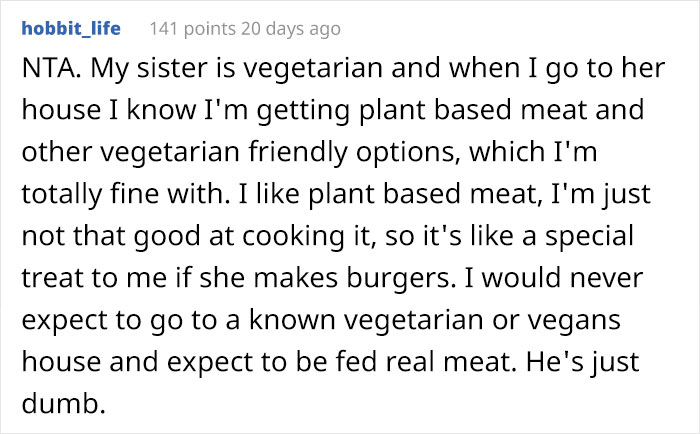 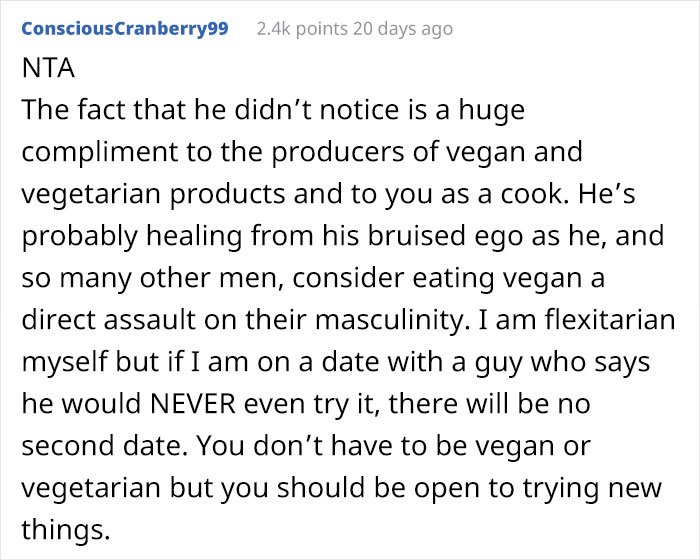 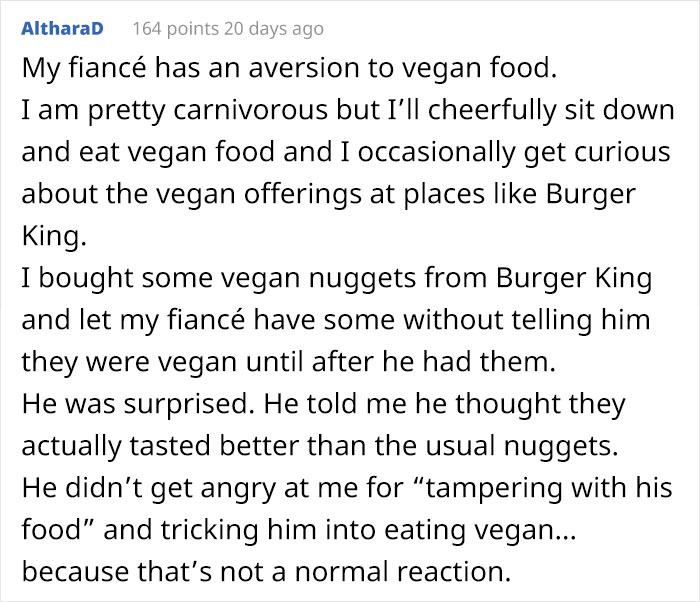 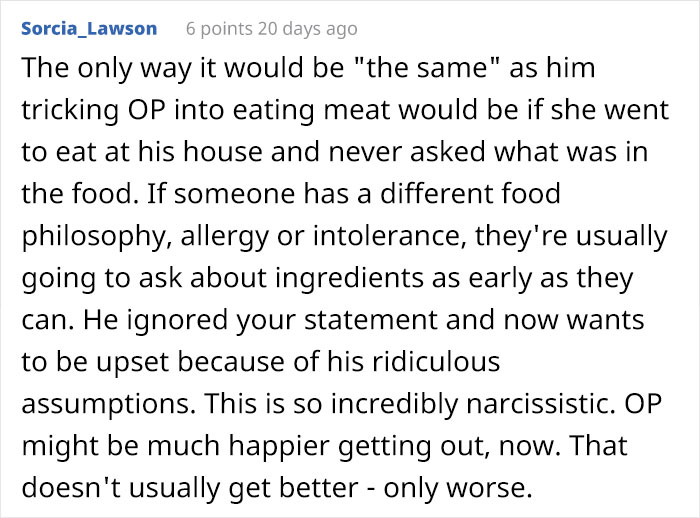 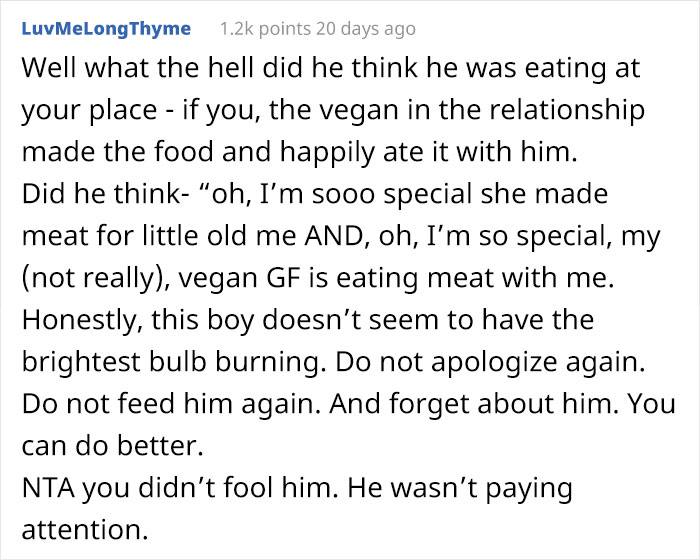 Psst! Want some more stories like this? Check this and this out.

The post Woman Gets Blamed By Her Boyfriend For ‘Tricking’ Him Into Eating Vegan Food, Asks The Internet If She’s The Jerk Here first appeared on Bored Panda.