If there’s one universal truth any employee can relate to, it must be griping away about horrible bosses. As much as we yearn for a solid leader to guide us and let us prosper in the workplace, not everyone is lucky enough to have one. The corporate world is full of patronizing, micromanaging, and toxic managers who regularly go on power trips that benefit no one.

In fact, this is the very reason many employees are handing in their resignation letters. A recent poll by GoodHire found that 82% of American workers said they would potentially quit their job because of a bad manager. Following the pattern, Redditor littlemiss_no from the UK recently walked away from her job of three years… over a sandwich.

Posting her story with the Antiwork community, the woman shared how she has become increasingly disengaged ever since the company forced workers back to the office. Instead of feeling heard by her company, she was welcomed by petty management, arbitrary rules, and zero flexibility. “But what was the straw that broke my back? Half a BLT sandwich,” the user wrote. Read the full story down below, and be sure to let us know what you think of it in the comments.

Recently, one employee shared how she quit her job of three years after the manager freaked out over her eating a sandwich at her desk 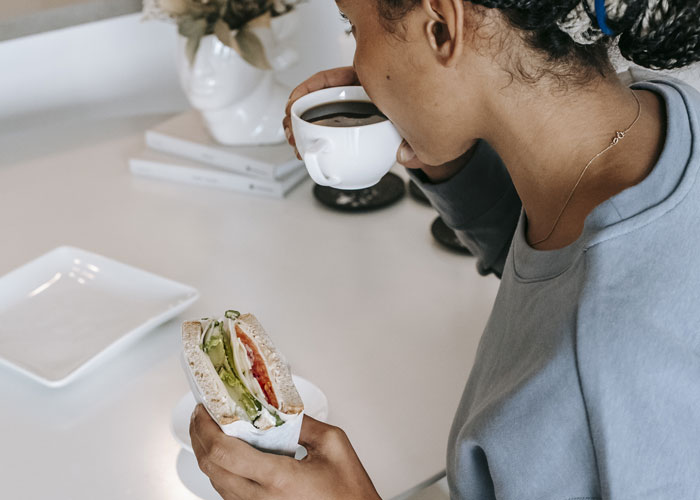 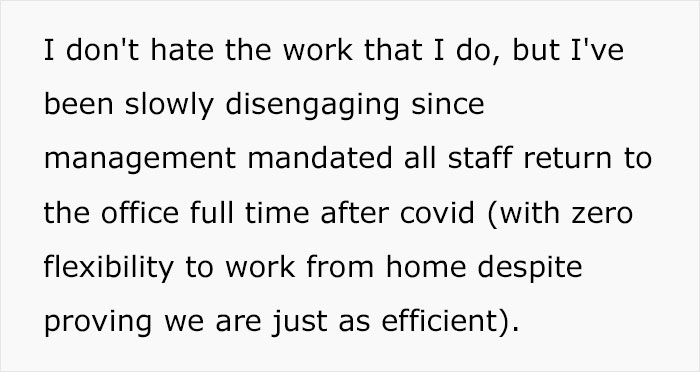 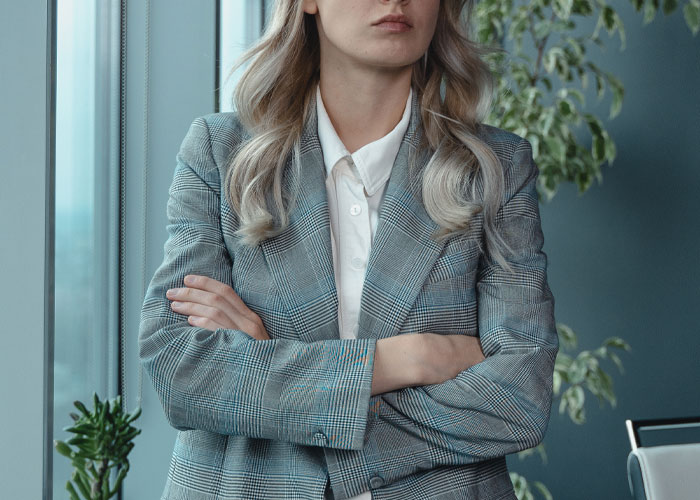 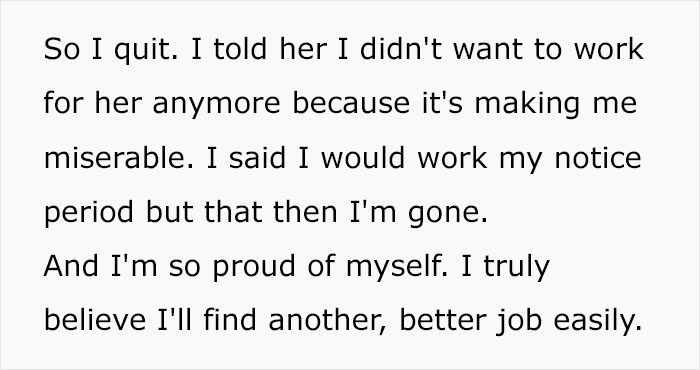 As it turns out, the problem with littlemiss_no’s workplace runs much deeper than the sandwich. The petty manager, the daunting piles of work, and the never-ending desire to micromanage certainly took a toll and left the woman feeling overworked, unappreciated, and not paid well enough to tolerate the unreasonable rules set by management.

The GoodHire survey mentioned above questioned a total of 3,000 full-time American workers, an equal number from ten of the most popular job sectors, to better understand the relationship dynamics between managers and their employees. They found that most workers feel irritated by a manager who is overbearing, micromanages, and expects them to work outside of working hours. But according to them, “While quitting because of a bad manager is a huge and important decision, oftentimes those decisions are made because of consistent unhappiness at work.”

To learn more about what goes through our minds when we feel a lack of respect from our employer, we reached out to Sunny Patel, a UK-based career-change coach aiming to help professionals find careers that excite them. He told Bored Panda that companies who fail to appreciate their loyal employees for their efforts are slowly driving them away.

“This is one of the reasons why so many successful careers are now built on making moves to new organizations every few years, as opposed to the older model of climbing the ranks,” Patel explained. “After several years in a role and with the development and new skills you’ve acquired, your current employer might still see you as the same person, but a new organization will look at who you are right now.”

This goes in line with the Great Resignation that, as Fortune reports, shows no signs of slowing down. Ever since the start of the pandemic, we witnessed several records of millions of employees voluntarily leaving their organizations in droves in search of better pay, benefits, or recognition.

“This isn’t just a passing trend, or a pandemic-related change to the labor market,” said Bonnie Dowling, a co-author of the McKinsey report that revealed about 40% of workers are considering quitting their current jobs in the next 3-to-6 months. “There’s been a fundamental shift in workers’ mentality, and their willingness to prioritize other things in their life beyond whatever job they hold.”

In these past few years, when working from home was considered the norm, employees got a taste of the benefits of remote jobs. Now, they demand more flexibility, trust, and fulfillment from their work in their professional life. If the employer fails to meet their staff’s needs and leaves them utterly unsatisfied with what they do, workers will simply quit because they know there’s a thriving job market filled with other opportunities.

According to career coach Patel, managers need to put the company incentives in one category and their own efforts in another. “My approach was that if I can motivate and develop a person, as well as ensuring they know that I care, anything the company can offer becomes a bonus. I’ve always felt, and we’re seeing now with the ‘great resignation’, that money is a nice extrinsic motivator, but finding what motivates a person intrinsically is worth far more,” he told us.

“Things such as supporting them to get to the next level in their career, helping them feel that they’re on a career path and not just in a job, as well as getting their buy-in and input to projects before simply asking them to do the work are great ways to keep staff.”

Patel pointed out that while every employee is motivated by different things, we all deserve to feel valued. “This is not indulgent, it is simply human nature. Find what motivates you and fires you up, then work with your boss to see how it might be achievable where you are. If not, start planning your next role and use these things to help you find the right one. I work with people who are seeking their next career move, and step one is always to focus on what doesn’t serve them in their current role and what, specifically, would need to be different in their next one,” he concluded.

Redditors expressed overwhelming support for the user and chimed in with similar stories, here’s what they had to say 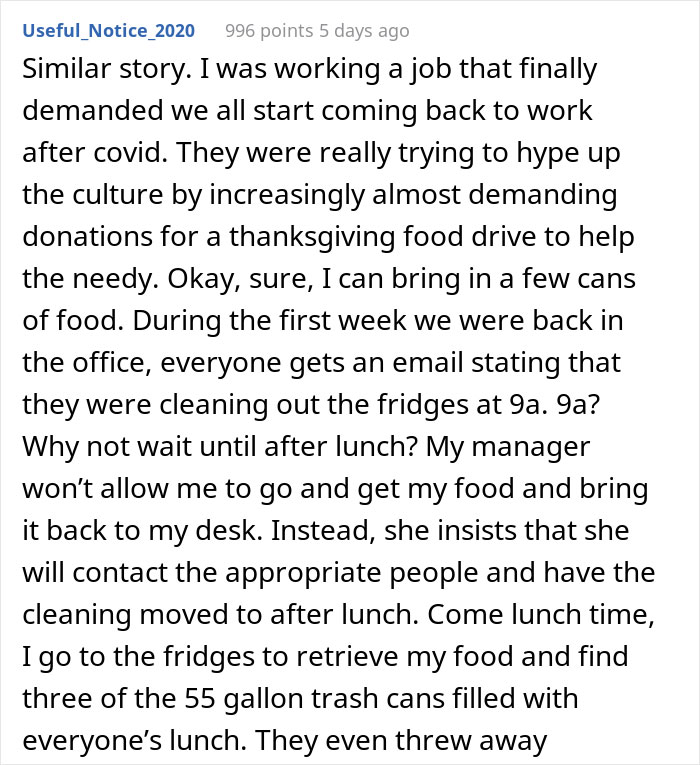 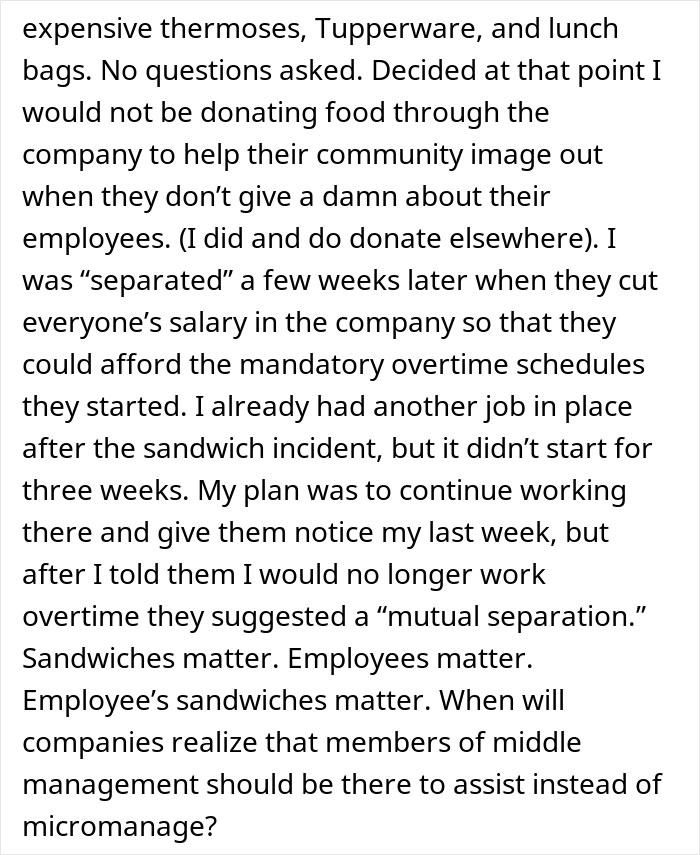 The post Woman Quits Her Job Of 3 Years On The Spot After Boss Causes A Scene Over A Sandwich At Her Desk first appeared on Bored Panda.